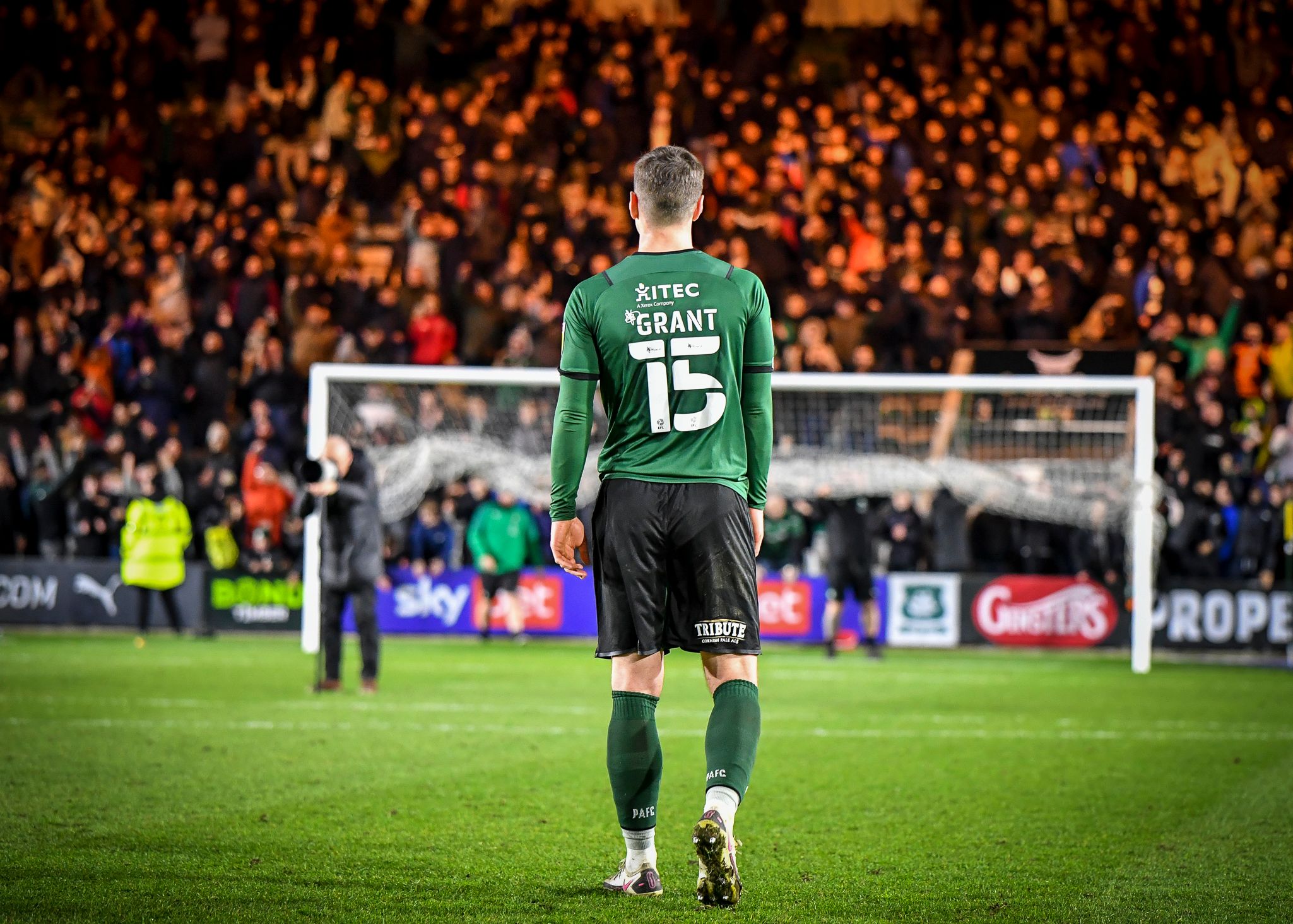 Conor itching to get job done

With the Greens inching themselves ever closer to the Sky Bet League One play-off places, the excitement felt by the fans is matched within the squad.

Conor Grant was speaking to the press ahead of Argyle’s trip to league leaders Wigan Athletic on Saturday and was itching to get back out there and get the job done.

He said, “It’s still all to play for and the lads are excited. We are just wanting the games to be here now.

“We’ve had a couple of days off to recover from the weekend, they were two tough games for us.

“It feels like it’s dragging a bit now between games, we have four or five days between games but we’re all just itching to get out there.”

That attitude is a clear indication of the focus and determination within the squad, as the Greens look to book their spot in the top six and an extension to their season.

They are two points clear of the side in seventh and have games against two of the top three still to play.

After Wigan on Saturday, they finish off at home to Milton Keynes Dons knowing positive results in both would secure a spot in the play-offs.

Conor feels that having games against sides who also have a lot to play for, could work in the Greens’ favour.

He said, “Our run in has been as difficult as anyone could have had, we have to rise to the occasion and, to be honest, these are the games you want to be involved in.

“Everything is riding on these games, the games really matter, and you can see just by looking at the table, how tight it is, how much is at stake.

“We have to make sure that every game counts and that starts on Saturday.”

Regardless of what happens over the next two weeks, it has been an impressive season for the Pilgrims.

No-one expected them to be in a fight for promotion and the credit has to go to the players and staff for maintaining their terrific form.

It is a new experience for a lot of the squad, but they aren’t letting it affect them.

Conor said, “This is a new situation for me, but I am embracing it and thriving from it.

“For us, we need to focus on ourselves, it’s a big game for us and we need to win or at least get a point to stay in it.

“We don’t know how the other games are going to go so we need to just focus on ourselves.

“You’re well aware of the other results and what everyone else is doing, but we have to try and treat the next two games as normal games, do what we have been doing, execute the game plan and get on with it.”

Once again, the side will be cheered on by an army of Argyle supporters. 1500 tickets have already been sold and you can guarantee they will make an incredible amount of noise.

Conor knows how much promotion would mean to the fans and is hoping to use their energy and show that the players want it just as much.

He said, “We’ve come to expect the fans and the numbers and noise they make.

“We need that support; we thrive off it and we need to make sure that counts.

“We want to perform and show them we’re a good team. I think we’ve done that, we have performed and we just have to keep on doing that.”