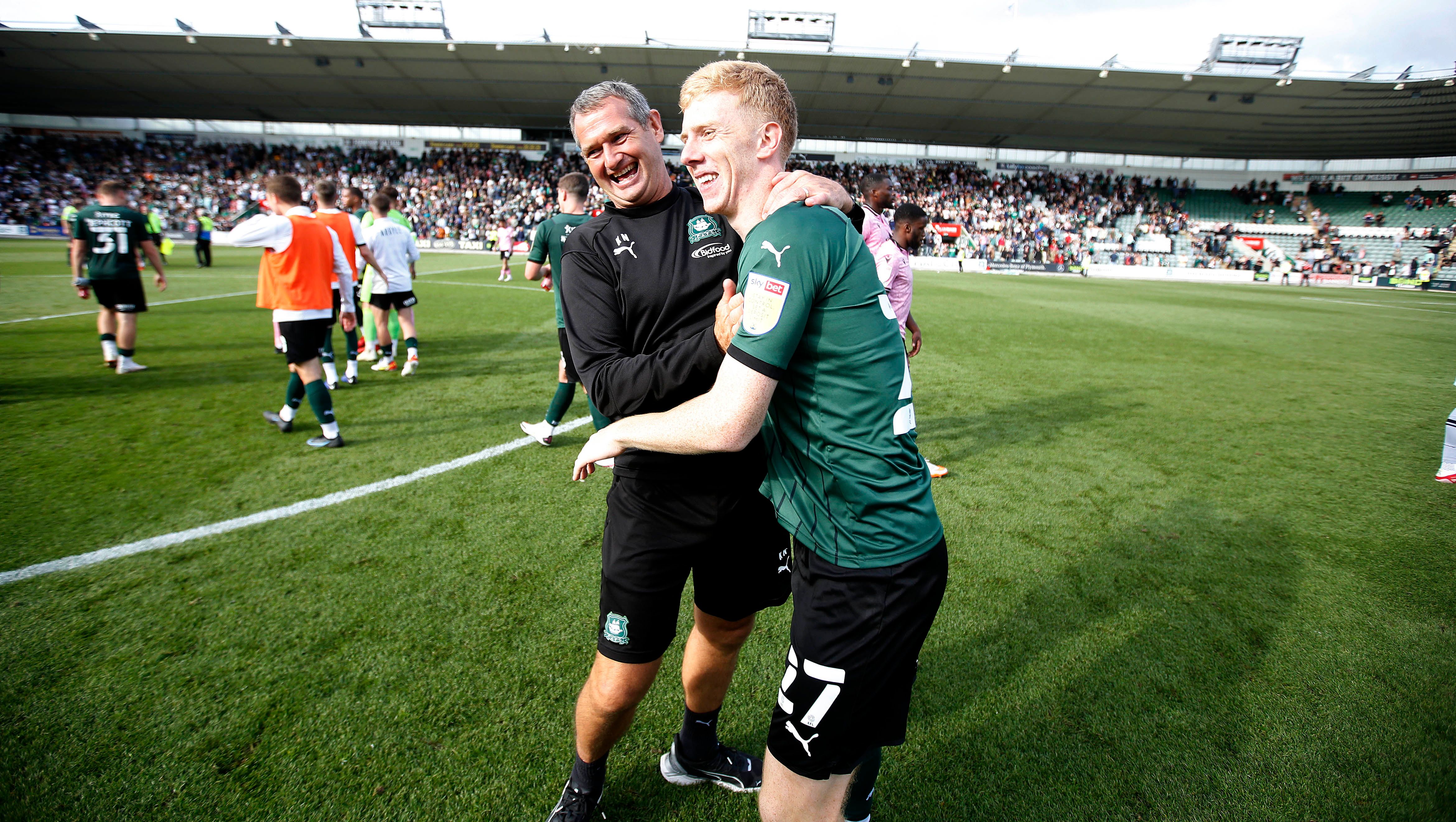 Watching Kevin Nancekivell whenever an Academy graduate sets foot on a pitch for Argyle, you can just see his pleasure at seeing a local lad, he had worked with, achieve their dream.

“It means everything to me.”

So far this season Academy graduates, or scholars featured 130 times for the first team with seven debuts being handed out.

Nance has had a huge part to play in each one of their developments and he will continue to champion the youth set up at Home Park.

“The Academy is in a really strong place at the moment.

“Since Neil Dewsnip has come in, one of his roles has been to oversee the Academy along with Phil Stokes.

“There is a really strong structure in place, with some really good coaches all the way through.

“Our aim is to provide a platform for all of our players to make it all the way through to the first team.”

Although his main role is working with the first team, Nance oversees the pathway for young players between the Academy and the senior squad.

His pride in all things Argyle and his expertise as a coach give him the perfect mix of sentiment and knowledge.

He is someone that Steven Schumacher and Neil Dewsnip can rely on to give the best advice on which players are either close to making the step up or are in line for an opportunity.

“The challenge comes for the coaches and people like myself to try and make sure the players are good enough to make that step up.

“Your academy is only as good as your first team manager and if they are not buying into it then it doesn’t work.

“We have targets in terms of the amount of homegrown players we want to have in the squad and in the team and the gaffer [Steven Schumacher] and Ryan [Lowe] before him, have played a big part in that.”

The importance of a strong Academy to sides like Argyle is not lost on the hierarchy at Home Park.

Throughout his association with Argyle, Nance has made sure that the young players are given every opportunity to flourish.

A prime example of this was back in 2008 when Jack Stephens was moving from under-16 level to the under-18 side.

Nance was coaching the under-14s at the time and had worked closely with Jack just a couple of years previously.

A few of the coaches didn’t feel Jack was ready to make the step up but Nance fought his corner and put his neck on the line.

Jack went on to play for the Argyle first team before making over 100 appearances in the Premier League with Southampton.

Nance’s ability to not only spot talent in a player but also see that there was a strong mentality is something that is incredibly valued at Home Park,

“The things you are looking for are - can he handle the ball? Has he got good pace, good strength, good energy? Can the players psychologically handle it?

“If they can, then we have to push them on and make sure they’re known, make sure they have a light shone on them and get the opportunity.”

Over the years a number of players have come through the academy at Argyle and gone on to play either for the Greens or at other clubs across the country.

Nance would have played a part in their development at the club and, along with the other coaches involved with the youth set up, have been instrumental in dozens of professional footballers’ lives.

“The work that the pre academy coaches do and the coaches in the younger age groups is vital.

“They are teaching these players the core skills, if it’s not right when these players are young, we won’t be getting good players further down the line.

“You see these lads coming in at eight years old and work with them all the way through.

“You have seen them grow up and been a huge influence on their lives so of course, its emotional when you see them do well.”

It’s difficult to put a value on the work someone like Nance does for a club like Argyle, and as he points out, there are a number of people involved in the Academy set up that have worked incredibly hard to produce players for the club.

But the way the system is working right now and the number of quality players that are making the grade and featuring in the first team, it’s clear that something is going right.

Of the 130 appearances made from players who have come through or are still part of the youth set up at Argyle, an average of five are regularly making first team squads.

Of that, two are featuring every week in the starting 11 and one has gone on to make 100 appearances for the club – with another close behind.

These are stats that back up the work people like Nance are doing and he hopes that this is just the beginning for young players making the grade at Argyle.

“We’re not a Man Utd, Tottenham, Chelsea and don’t have the financial clout to go out and just buy players all the time, so if we can produce our own it means we don’t have to spend money on signing players.

“But also, as a supporter you always want to see your own academy players coming through.

“I love it when I hear the Devonport End chanting for our local lads and I am no different to any other supporter, I would love to see an 11 full of westcountry boys.

“Now that will probably never happen, but if we can get two or three in our eleven every Saturday then that is brilliant. It brings supporters in and give us that connection to our area.

“At the minute we have a structure that ensures they are beginning to make it and that is a fantastic place to be. We just want more of that.”