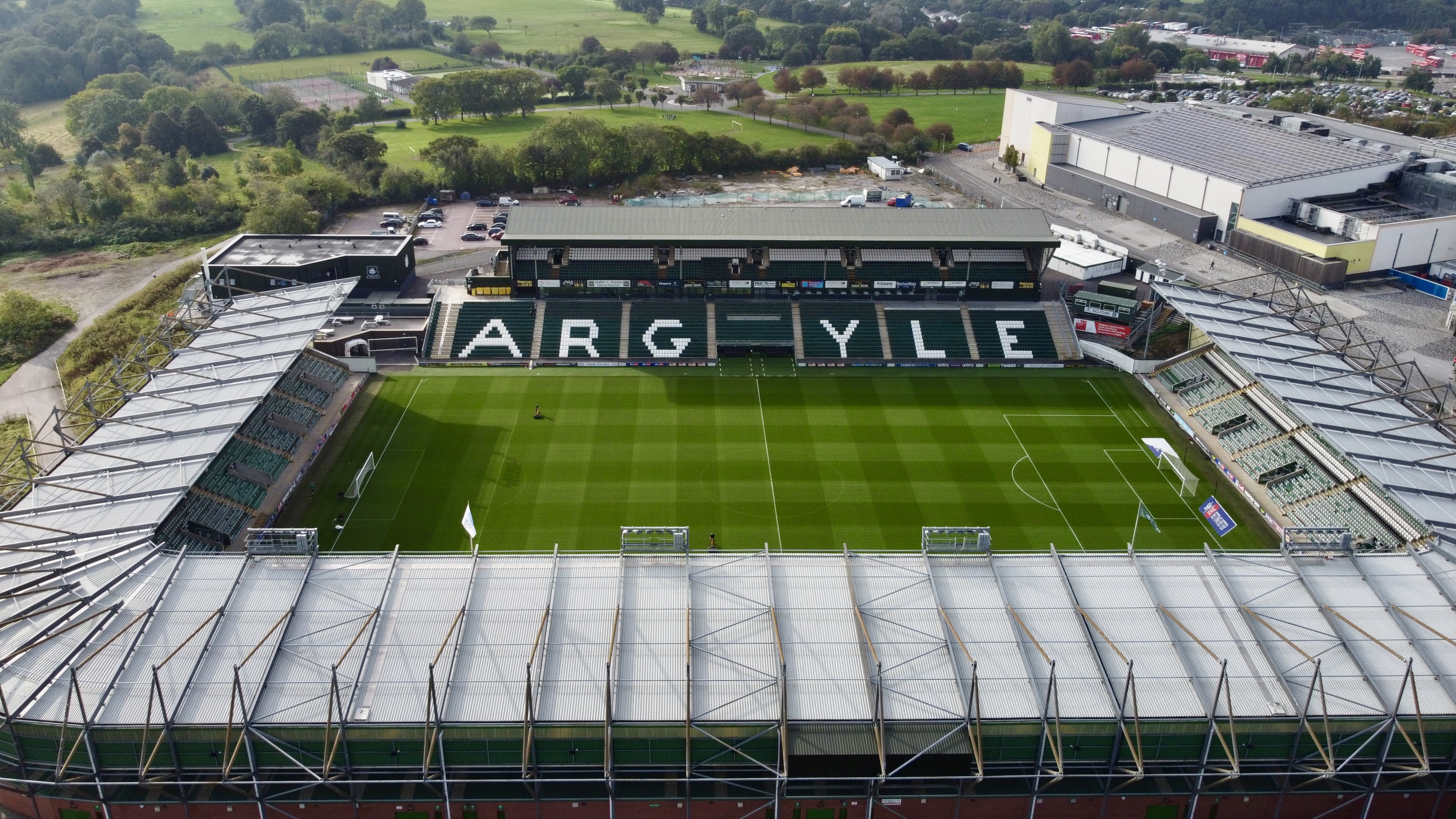 In line with the club’s Energy and Environmental Plan, Home Park will take a further sustainability step with installation of a first-of-its-kind rainwater harvesting facility in the Mayflower Grandstand.

Work will begin in late June, and is funded in full by MOSL – England’s market operator for non-household water. The work comprises of installing an innovative rainwater harvesting system in the Mayflower Grandstand, allowing the club to repurpose rainwater that falls on the roof to feed the pitch irrigation system – with an estimated annual saving of 40,000 litres.

Dr Neil Sewell, Director of New Technology Systems at SDS Ltd, manufacturer of the technology, said: “Our project aims to reduce the club’s water consumption and the amount of water it discharges to the drainage network, which should bring benefits for everyone.

“It’s about recognising that water is a precious resource. We’re delighted that Plymouth Argyle have engaged so constructively with the project and we look forward to working with them on it.”

It is the second of two further enhancements to Home Park taking place in June, as we seek to meet our target of net zero carbon emissions by 2050. From Monday, installation will begin on an additional 225 solar panels on the roof of the Mayflower Grandstand, more than doubling the total number of panels from the existing 214.

The solar panels will generate a minimum of 101,000 kilowatt-hours of electricity per annum, based on previous years’ weather data, and represents a 25% saving for the club on electricity costs.

Should favourable conditions see the club run up a surplus of energy, the newly-installed panels will also have the ability to sell energy to the grid, ensuring a cost efficiency as well as reducing our footprint.

The installation will run into mid-July, and the panels will be in commission by early August – resulting in the reduction of 52 tonnes of carbon emissions per year.

Both enhancements join a significant and ongoing stadium improvement plan, which has also seen new seats installed in the Lyndhurst Road Stand and large-scale public realm improvements outside the Mayflower Grandstand, with a big screen scheduled for installation in July.

Argyle’s Head of Venue, Christian Kent, said: “Once again, we are thankful to the Board of Directors for approving expenditure that will improve the efficiency of Home Park – from both an environmental and financial perspective.

“Having the foresight to make these improvements will pay dividends in the long term, and underlines our commitment to reaching net zero.”