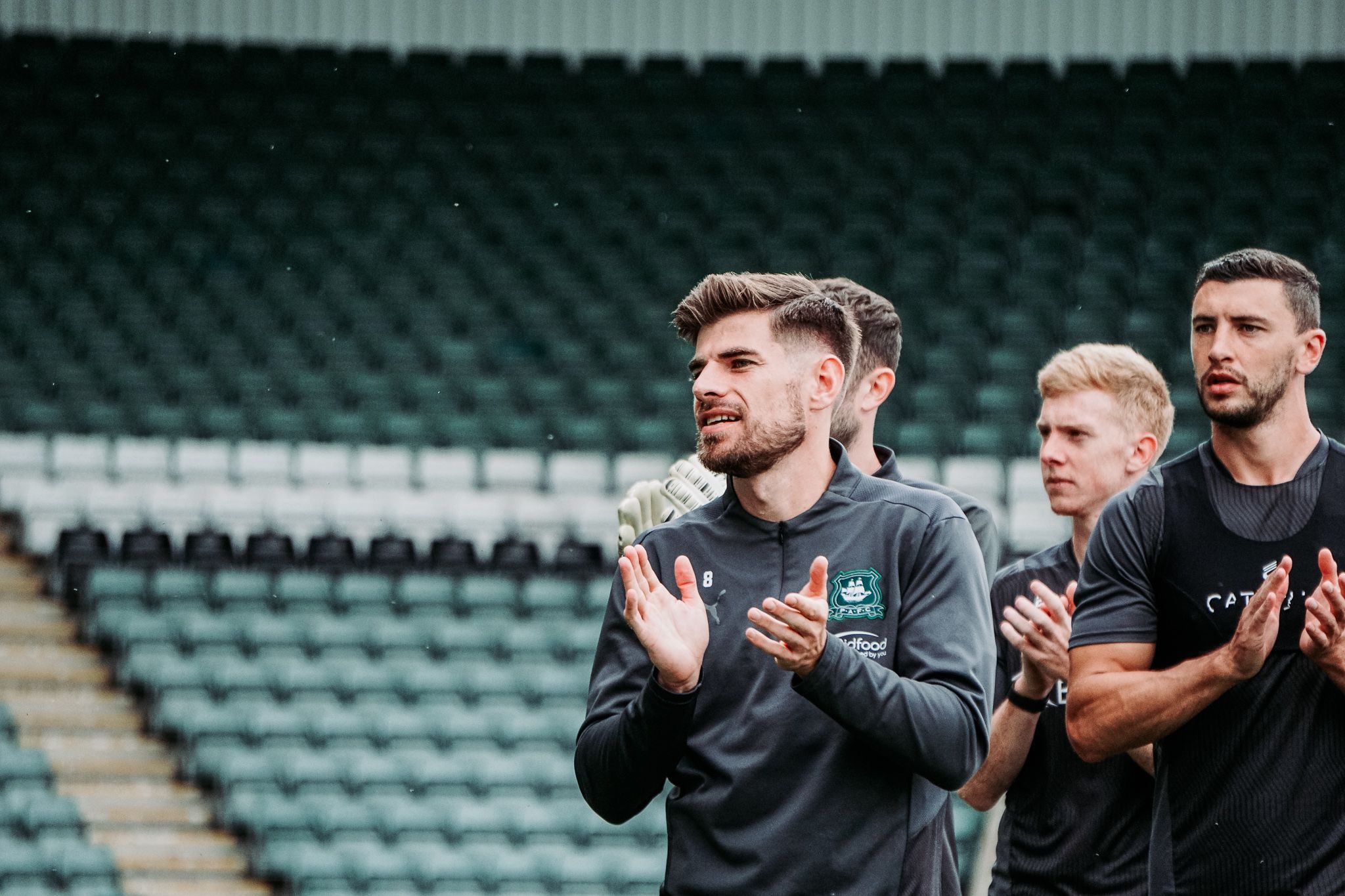 Joe happy to be back home

A home game against Lincoln will bring back good memories for club captain Joe Edwards.

He scored the winner in a 4-3 win at Home Park last season and is hoping that he and his side can put on another good performance against a resurgent Imps.

“That was a good day, it brings back some good memories,” Joe said, speaking ahead of the game.

“It was just a shame it wasn’t a full house because I am sure the fans would have enjoyed it as much as we did.

“I’d take another 4-3 if you can guarantee me a win right now but it was a pretty stressful game."

The Greens go into the game looking to bounce back from last weekend’s 4-2 defeat at Sheffield Wednesday.

It was only the second time Argyle had lost since Steven Schumacher’s appointment in December and Joe feels the players are committed to bouncing back like they did last time.

He said, “It’s a big game for us, Lincoln are a good side and they have made some good signings in the window so we will do our work and look forward to it.

“We lost the game last week and we’re really disappointed about that, but we have put that to bed now, we’ve had a good week and are looking forward.

“We know we’ll lose games in a season and it’s about how we react to that.

“Everyone is in good spirits, and we’ve trained well and are looking forward to playing at home again.”

The visit of Lincoln will be the first time this year that the Greens will have played a game at Home Park.

A 1-0 win over Charlton Athletic on Saturday, 18 December was the last time Argyle played at the Theatre of Greens, with three away games since then

Joe says that the players are all looking forward to it, “We haven’t played at home for a while, and it’ll be a chance for us to put in a good performance and try and get a run together.

“We’re all excited, we love playing at home and have missed it for the last few weeks.

“It’s only January but you always get a feel at this time of the season that it’s the business end.

“That means that Saturday is a good chance to get a win and start a bit of a run towards the end of the season.”