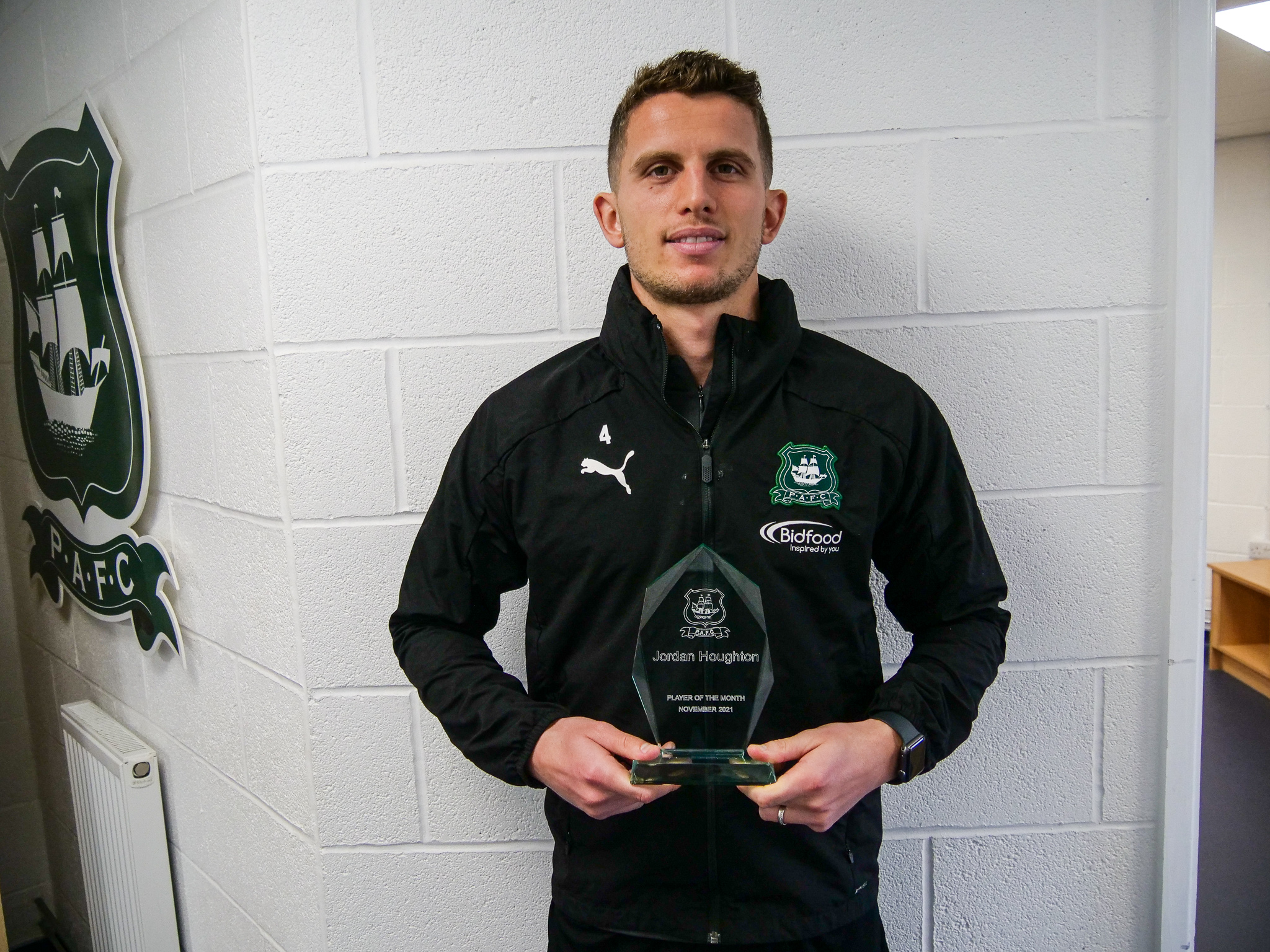 Jordan Houghton has been voted the club’s Player of the Month for November.

The midfielder was an ever present for the Greens, starting all six matches played.

Jordan even managed to pick up his first goal of the season, calmly slotting home the second in our 4-1 away win in Accrington.

The former Milton Keynes Dons midfielder has been a consistent performer throughout the season and is quickly establishing himself as a fans' favourite.

On receiving the award Jordan said, “I feel I have been playing pretty consistently so far this season and it’s been great playing with such a good bunch of lads.

“I am grateful to the fans who have been unreal this season in the support they have given us and hopefully we can continue to repay that faith with good performances on the pitch.”