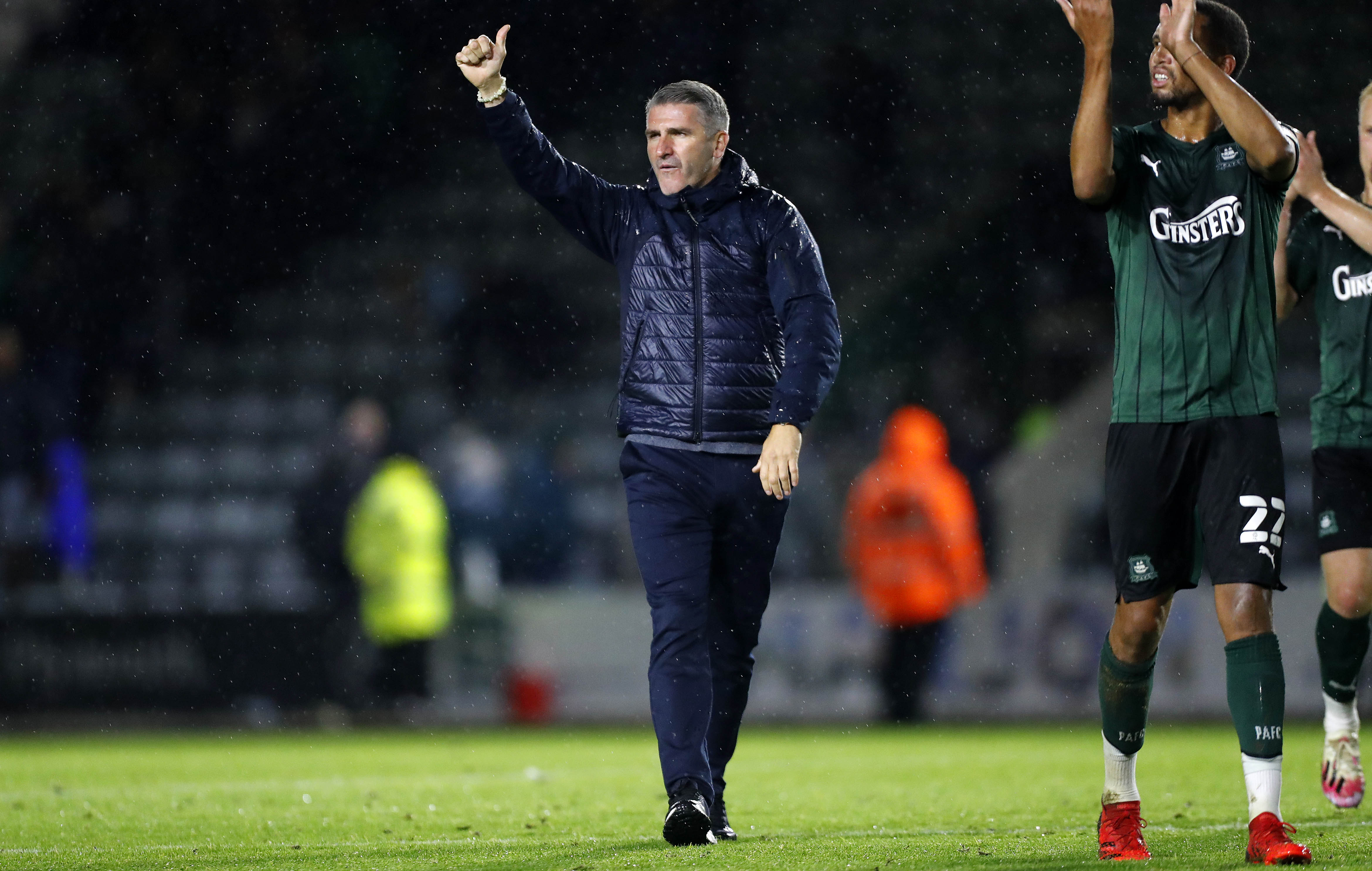 Ryan Lowe has been delighted with the start to the season has side had made, following their 1-1 draw at home to Crewe Alexandra on Tuesday night.

The point means that Argyle gave picked up 19 points from the opening ten games of the Sky Bet League One season and are unbeaten in nine games following the opening day defeat to Rotherham United.

It signals the best start the club has had to a league campaign for five years and sees the Greens stay fourth in the table.

“To have 19 points from 10 games is really pleasing, it’s a good start but now we can sit down an assess the next ten,” Ryan said after the match.

“I would have been a lot more pleased with an extra two points, but I can’t grumble with the start we’ve had.”

For the second home game in a row, the Pilgrims had to come from behind to get anything from the game.

The players through didn’t panic and despite having numerous chances in the game, got their reward midway through the second half when Ryan Hardie bagged his ninth of the season.

“We kept pushing right to the end and it wasn’t for the want of trying. They were tough to break down,” said Ryan.

“We adjusted well to going behind early. We got back into it and were on the front foot.

“We have to give Crewe a little bit of credit, especially the first half. They put their bodies on the line and we had a lot of shots blocked.

“We had 47 penalty box entries and if we were just a little bit more clinical, we could have won it.”

It has been a hectic start to the campaign, with ten games played in the league and three in cup competitions.

The squad have played four games in the space of ten days and all of those matches have been physical encounters.
It doesn’t stop there; the Greens travel to Lincoln City on Saturday and Ryan knows that once again his players will put in a shift.

He said, “They are honest lads, and they work their socks off. The medical team have looked after them as some of them are a little bit fatigued, but they have been giving us everything.

“The fans can see that and it pleases me. We will go again on Saturday and try and get the points.”