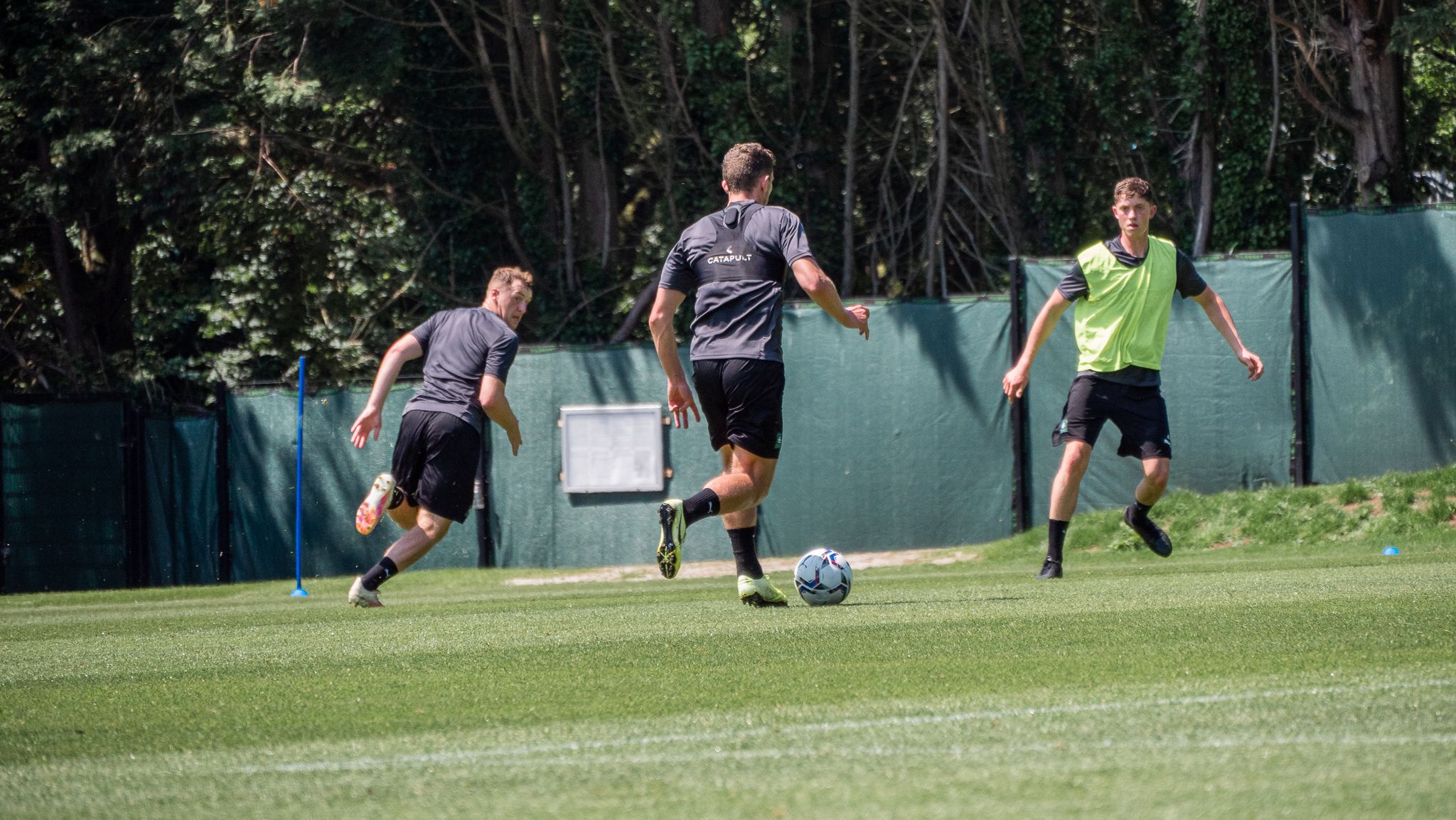 Argyle return to Sky Bet League One action on Saturday with the visit of Sheffield Wednesday to Home Park.

The Greens have had a two-week break from league action as their game with Portsmouth on Monday was postponed due to international call ups.

The break has given the players and staff the opportunity to get some rest after what has been a busy start to the 2021/22 campaign.

“It was much needed, they had a bit of time with their families but they’re all back and ready to go again,” said the manager, Ryan Lowe.

“The lads are excited. They’ve been talking about it all week but actions speak louder than words for me. These are the games you want to be playing in.”

The Greens are unbeaten in the league since an opening day defeat to Rotherham United and are yet to taste defeat at Home Park.

The Pilgrims have drawn their last two matches at the Theatre of Greens, being pegged back against both Cambridge United and Fleetwood Town to share the spoils one each.

But five points from the first three home games and with just two goals conceded, Argyle are already becoming difficult to beat.

Saturday’s game is expected to bring a bumper crowd to Home Park, with Sheffield Wednesday being one of the biggest draws in the division.

Wednesday have already sold around 2000 away tickets, with a near sell out expected for the match.

Like Argyle, The Owls have enjoyed a good start to life in Sky Bet League One, sitting fourth after five games played.

They too had a week off last weekend but will be hoping to bounce back after a 1-0 loss to Morecambe in their last league outing.

The 1-0 defeat at the Mazuma Stadium was the first time they conceded a goal this season, winning three and drawing one of their opening four games.

Ryan said, “Sheffield Wednesday have some fantastic talent, most of the squad have played a lot in the Championship.

“We feel our team can compete against their team, we’re a good team and we are going well.”

The Owls have had a busy summer, bringing in fifteen new players including former England under-21 international striker Saido Berahino and Northern Ireland number one, Bailey Peacock-Farrell.

The positive recruitment coupled with the good start to the season has got the feel good factor back at Hillsborough.

Over 20,000 fans have been to both of their home games so far seeing them beat Doncaster Rovers and Fleetwood Town.

Darren Moore took charge of the Owls in March last season but couldn’t prevent them slipping into the third tier of English football for the first time in nine years.

It was in that 2010/11 season that Argyle last played Wednesday, doing the double over the Yorkshire side.

A 3-2 win at Home Park, thanks to goals from Carl Fletcher, Bradley Wright-Phillips and Craig Noone, was followed up by a 4-2 victory at Hillsborough.

Joe Mason scored twice, while Yannick Bolasie and Bondz N’Gala were both on target in what was just the sixth win for the Greens that season.

Those two wins mean Argyle are unbeaten against Wednesday for 11 years and have won four of their last six matches against the Owls.

Argyle could be boosted by a return to fitness of Danny Mayor. The midfielder has not featured since the Pilgrims’ 4-0 win over Peterborough United in the Carabao Cup last month but has been training with the squad this week.

Striker Niall Ennis will still be missing due to a hamstring injury, while James Bolton is also ruled out of Saturday’s game.

As for Wednesday, defenders Chey Dunkley and Sam Hutchinson are expected to be involved after missing the 1-0 loss to Morecambe last time out, while there could be debuts for Saido Berahino and Olamide Shodipo.

The one player definitely missing for Darren Moore’s side is Australian midfielder Massimo Luongo, who has picked up a hamstring injury.

Our pre-match show will be free to watch on the club's YouTube page from 2pm.