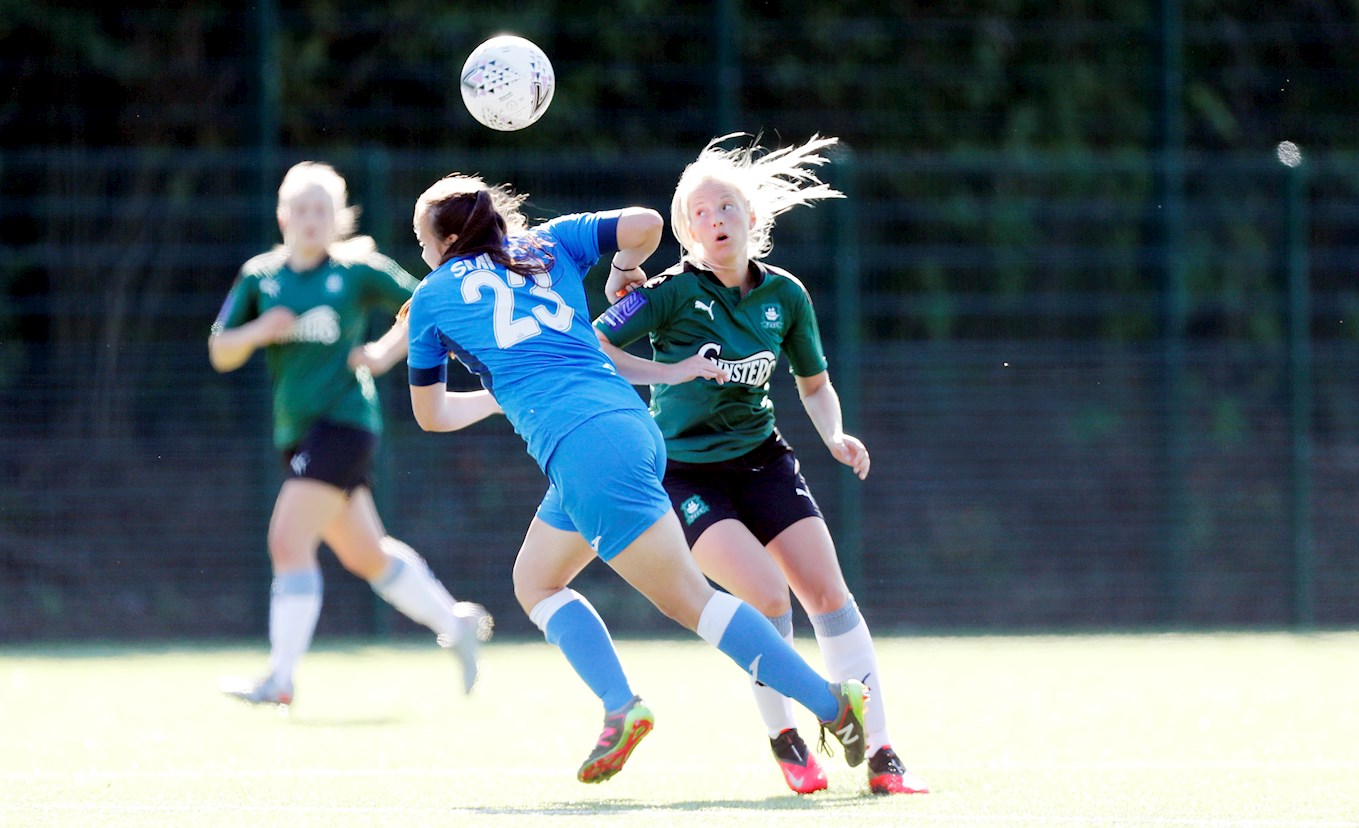 It was a tough start to the home campaign for Argyle’s female footballers after a defeat to Cardiff City Ladies at the Manadon Sports & Community Hub.

The young Pilgrims were defeated 7-0 in the FA Women’s National League Southern Premier Division but there are still plenty of positive vibes from a club looking to focus on the nurturing of youthful talent.

“We actually played better football this week than at Keynsham last weekend but individual errors proved very costly,” said manager Ryan Perks. “We made silly mistakes for the Cardiff goals and we’ve got to learn from that.

“We created more chances than last week but we need to be more clinical. Cardiff are a very good side and we have to applaud them for their performance on the day.

“It is all about development for our young players and it is a steep learning curve in this division. We had three 16 year-olds starting the game and we have to be patient. The players are working really hard to win the ball back but then panicking a little in possession, so we must learn to be brave on the ball.

“The key for any footballer is to learn from your mistakes. We only have a couple of regular first-team players from last season, so we are fully aware that the rebuild will take time.

“There were, however, some positives from the day. Young players are getting their first taste of elite football and our striker, Wednesday Wise, has come from local football and has been brilliant in the first two games.

“There are positives to take and we have got some very good players coming through. There is genuine young talent at the club and that makes me excited for the future.”

The Argyle Development side also suffered defeat at Alphington Ladies in the South-West Women’s Football League but it was great to see a player promoted from the Advanced Development Centre, taking her first steps in the adult game.