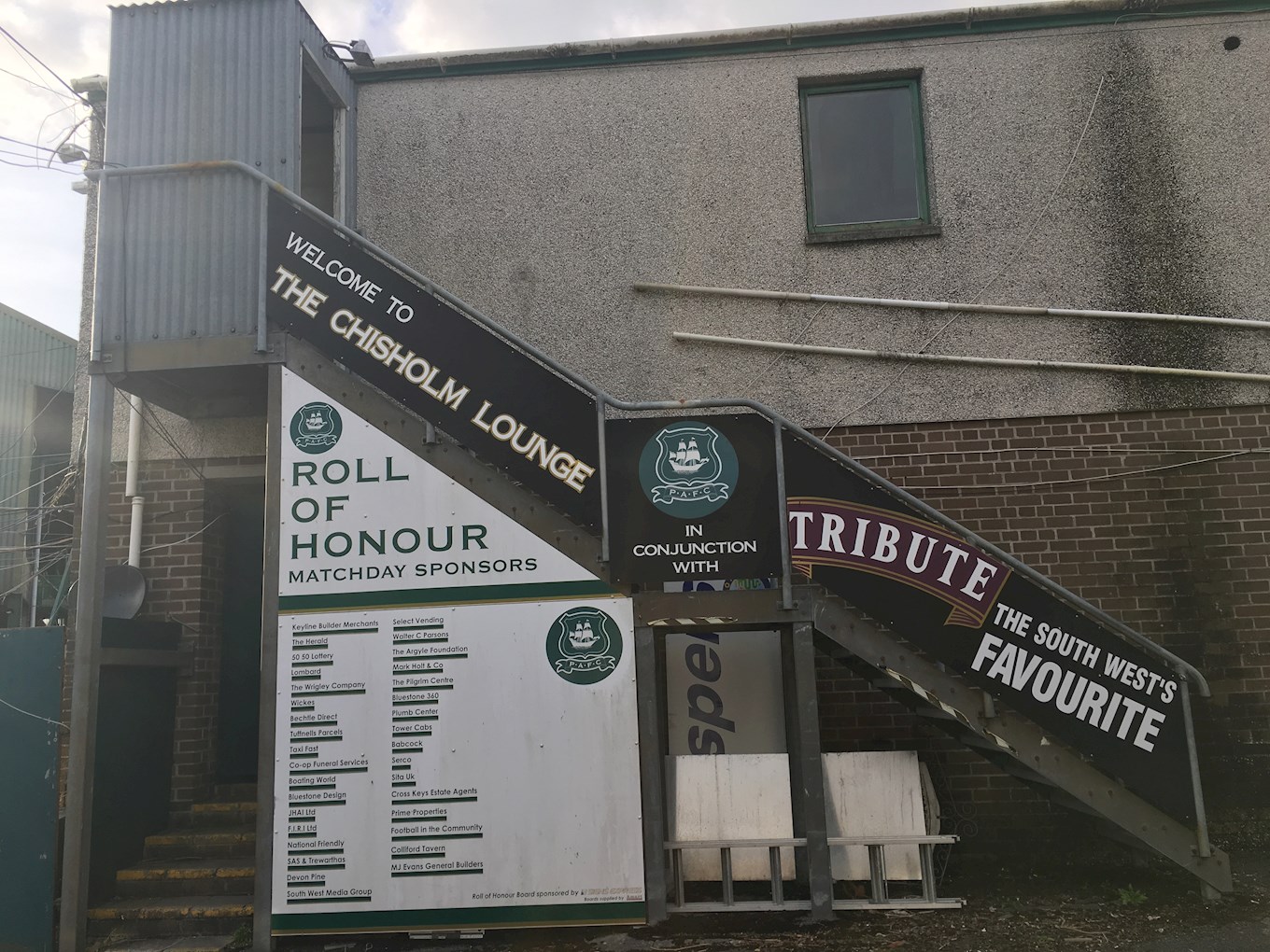 IN the latest of his blogs on the deconstruction and reconstruction of Home Park, Jon Back says that appearances can be deceptive as we prepare to say goodbye to an iconic part of Home Park.

IT has been yet another full-on week at the Theatre of Greens, although much of this week’s work has been a lot less visible than previously - the majority of stands, buildings and such like that are scheduled to be razed to the ground having been demolished already.

This week has still seen an awful lot of activity, albeit more discreet. Gas mains, telecom lines, IT cables, broadcaster facilities, etc. have all been subject to much attention, particularly as we are preparing for the milestone demolition of the building known (among many titles) probably best as the Chisholm Lounge.

This building has hosted a number of functions and facilities over the past few years, including the match-day control room, complete with CCTV, fire systems, PA systems, etc. It has also been the home of a couple of hospitality lounges and was the temporary office of Derek and his management team for the last few weeks of the 2017-18 season. Arguably most importantly of all, it is from where Semper gets played!

The decommissioning of this building has proved to be a significant undertaking, but we are now nearing its final few weeks, if not days.

Next door to this building will be our all-new two-storey supporters’ bar.  We have taken away tens of tons of rubble and spoil from that corner of the ground over the past few weeks and we are now very near to the start of the construction phase. Our friends the Green Taverners have worked very hard to get to this point and we cannot wait to see the building start to take shape.

Away from the development, the close season remains a deceptively busy time for all club staff – there is no holiday; no rest. Season-Tickets need to be readied; new shop stock (including our gorgeous two new kits) need to be sorted and prepared; and the administration of players and staff – both new and old – is a relentless task.

The close-season frenzy of activity also very much applies to our stadium and grounds teams. The combination of ongoing maintenance plus new challenges brought about by the development mean that every day is a full one.

I am sure that you will have noted that there have been a few power outings recently, too and I must add that not all of these have been development related - unfortunately, an instance of vandalism, plus an inconveniently-located burst water-pipe have conspired to test us.

One of the club’s hidden secrets is quite how much work we do to keep the three playing surfaces up to the standard required by a (rightfully) demanding manager. The stadium pitch undergoes a full renovation every year, where several inches are taken off the top and replaced by around 40 tons of new ‘fibre-elastic’ material.

Under the gaffer’s attentive eye, the two training pitches over at Harper's Park are in the best condition of their lives. The top pitch is not far off stadium quality with full drainage and automatic irrigation. It is better than many of the playing surfaces we have had to conten with on our travels and, counting it up, in the three years that I have been at the club, I reckon we have spent in excess of a quarter of a million pounds on these three pitches alone to achieve such high standards.

So, that is all for this week – by this time next week, we will know who, when and where Derek and the lads will be playing next (or is it now this?) season, so make a date to get the breaking news at www.pafc.co.uk, 9am on Thursday morning.