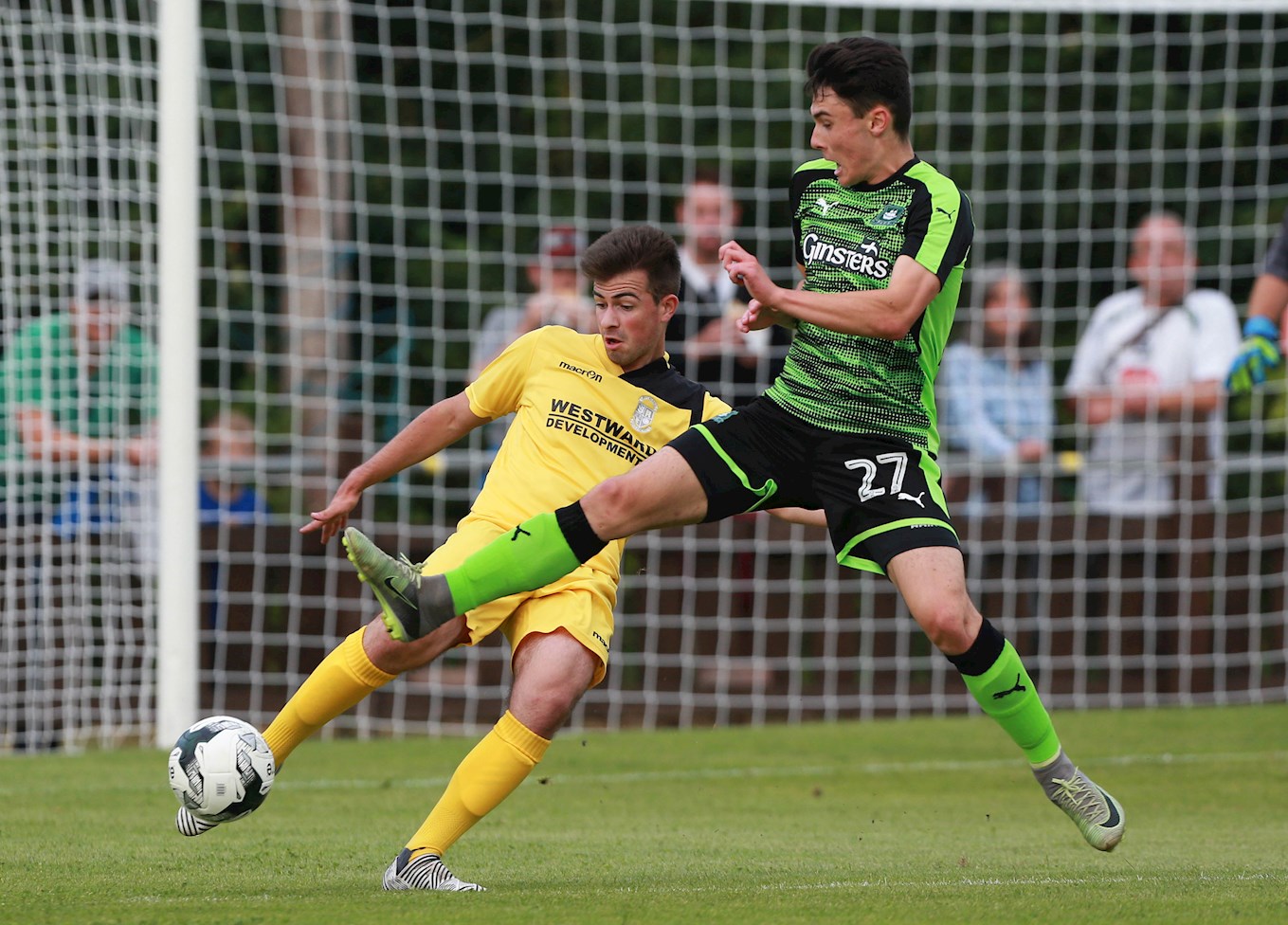 YOUNG forward Alex Fletcher has been chosen by Argyle manager Derek Adams to start up front for the Pilgrims in Tuesday’s Checkatrade Trophy group match up with Chelsea Under-21s.

First-year professional Alex, who made one senior appearance for Argyle as an apprentice last season, gets the opportunity to press for a first-team start – although it may not be the Pilgrims’ first team.

Derek said: “Alex Fletcher will start up front because he is looking to try to push his way into the first team and there is a possibility of clubs looking to get him on loan. It’s a good avenue for him to be seen before he possibly goes out on loan.

“He will be going up against a Chelsea side that do very well in their system and it’s good for him that he’ll get his start alongside a lot of first-team players.”

The opportunity to find form in the National League or National League South may be the best current option for Alex’s career. There is no doubt of his talent, which he has shown in the pre-season friendlies, but he is not yet deemed ready to lead Argyle’s front line week in, week out.

He will not be joined in Tuesday’s side by his fellow first-year pros Jordan Bentley, who was sent off in last year’s competition, and Callum Rose, who is injured, nor by Oscar Threlkeld, who remains hampered by a dead leg.

Derek said: “Jordan Bentley is suspended – he was due to take part, as well as Callum Rose, who’s got a thigh strain; he felt it after the Peninsula League game [on Friday];Threlkeld is injured – he misses out; so does Ryan Taylor.”

Defender Ryan Edwards joins the unavailable list after carrying over a suspension from his time at Morecambe, while Dutch goalkeeper Robbert Te Loeke will play behind a defence that suffered badly in this season’s earlier cup match, a 5-0 Carabao Cup defeat by Bristol City last week.

“Obviously he wasn’t the only one that had a poor game,” said Derek, “but, when you’re a goalkeeper, you stand out.

“We looked at the goals and the goals were poor from a team point of view. Robbert can only take blame for possibly two of the goals and he was unfortunate, with the first one when he got wrong-footed with the shot.”

Whoever else plays on Tuesday, the match is an opportunity to showcase their talent against some very gifted opponents.