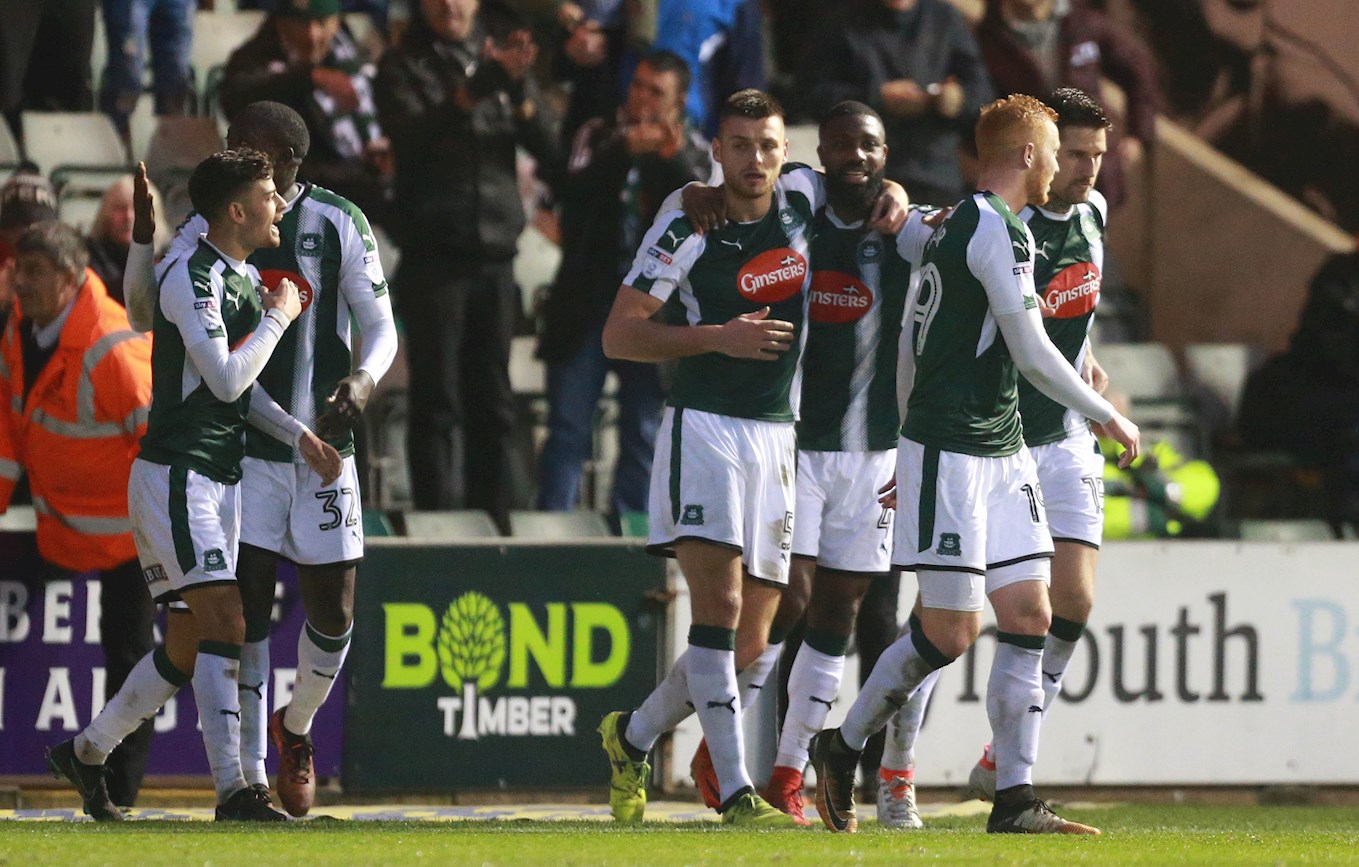 A Tayl of Two Ryans

ARGYLE defender Ryan Edwards is very grateful that forward Ryan Taylor is a team-mate – because he would hate to play against him!

Taylor put in an excellent performances as Argyle’s central striker in a 4-1 thumping of Oldham at Home Park on Saturday; a game in which Edwards scored Argyle’s third goal, along with goals from Toumani Diagouraga, Graham Carey and Jake Jervis.

It was the first time Argyle scored four goals this season and Edwards believes Taylor was a huge part of that even though he did not get on the score sheet himself.

Ryan said: “With Tayls, he’s a big outlet for us. The way he is today we have clearly missed him this season. The way he holds it up the way he brings others into play, he lets us as defenders get up. That’s giving us a breather and we take it from there.

“It’s not all about goal scoring for him. If you see how he’s done today: that is the best I have seen him play. Apart from missing out on a goal, that was a complete centre forward’s game today.

“He is fighting off big 15 or 14 stone defenders at the back and bringing others into play the other side.  He’s been brilliant for us and hopefully he stays fit.

“We have got to get bodies up with him. Sometimes we don’t when we are under the cosh but he still finds that pass to bring others into it. I remember today in the second half he was up there all alone and fought two off and found Ruben with a 30-yard switch.

“He knows where the man Is, he is in control of the ball and he is a strong lad. He is great to have for us and hopefully he can keep fit. I wouldn’t want to play against him as a centre back.”