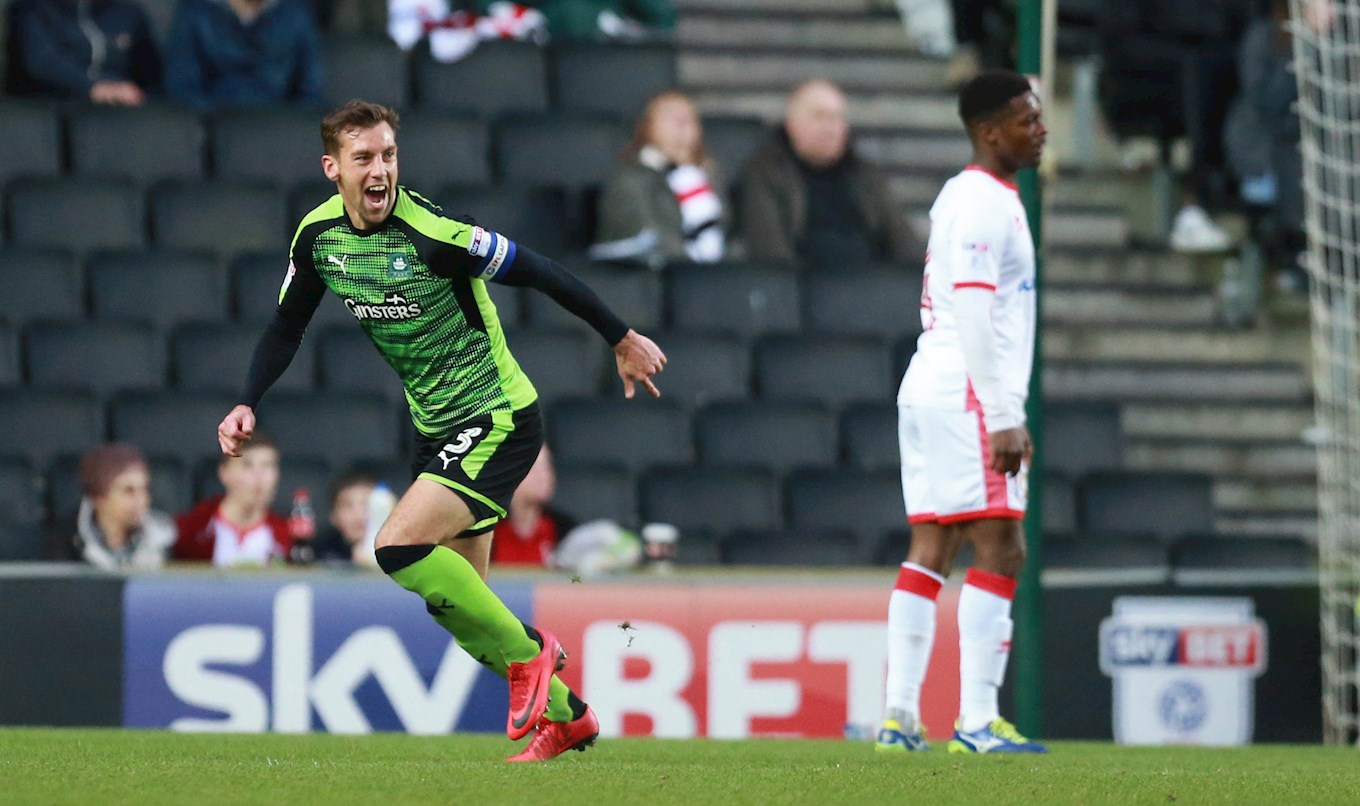 IN the December 9 edition of The Pilgrim, the Argyle match-day programme, Gary Sawyer was asked if it was time for him to score.

“I think you might need Mystic Meg for that, rather than Santa Claus,” was Gary’s initial response.

“As soon as humanly possible, I’d like to score. It does play on your mind to a certain degree. It’s not my job to score goals, but I would like to pitch in. Even it just hits me and goes in!”

At Milton Keynes, just the fourth game after the above words were spoken, Sawyer did plenty more than just let a ball hit him.

Running into space left by MK’s auxiliary right-back Peter Pawlett, Sawyer got on the end of a Ruben Lameiras pass and slotted calmly into the bottom left-hand corner. The way he took it you would think it was the ninth goal of his season, not the ninth of his 14-year career.

Predictably, such is his nature, Gary’s modesty did not give way, and though he expressed his pleasure at the goal, made the clean sheet and three points the key aspects of the game. He was right, of course; though you should read his words knowing that a little grin was playing on his lips the whole time.

“To get a win is the main thing,” said Gary. “For me to get on the scoresheet is a nice feeling. I saw the keeper over a bit which is why I took it early. I’ve got myself into many positions this year but not managed to score. I feel like it’s been coming. A lot people seemed to let me know that I haven’t scored for a while so it’s nice to get one in the net and see where we go from here.”

The win gave Argyle – in games 23 and 24 – their first back-to-back wins of the season. Depending on how choosy you want to be with your form guide, Argyle have now scored 10 points from their last 12, 20 from their last 10 games or have lost just two of the last 12.

“Our form has been good of late,” echoed Gary. “Our last game was probably the best we have played this season. The boys have done the right thing over Christmas, we trained yesterday as normal, and put a good performance in. It is pleasing for me to get the goal, but more pleasing to get the win and keep going in this run we are on.

“We want to keep clean sheets. The boys are throwing their bodies on the line, which you see today, and it is nice when it comes off. The boys worked hard, we deserved the win.

“We have been in form recently and picked up some good points. This is where we really need to have a go at it.”