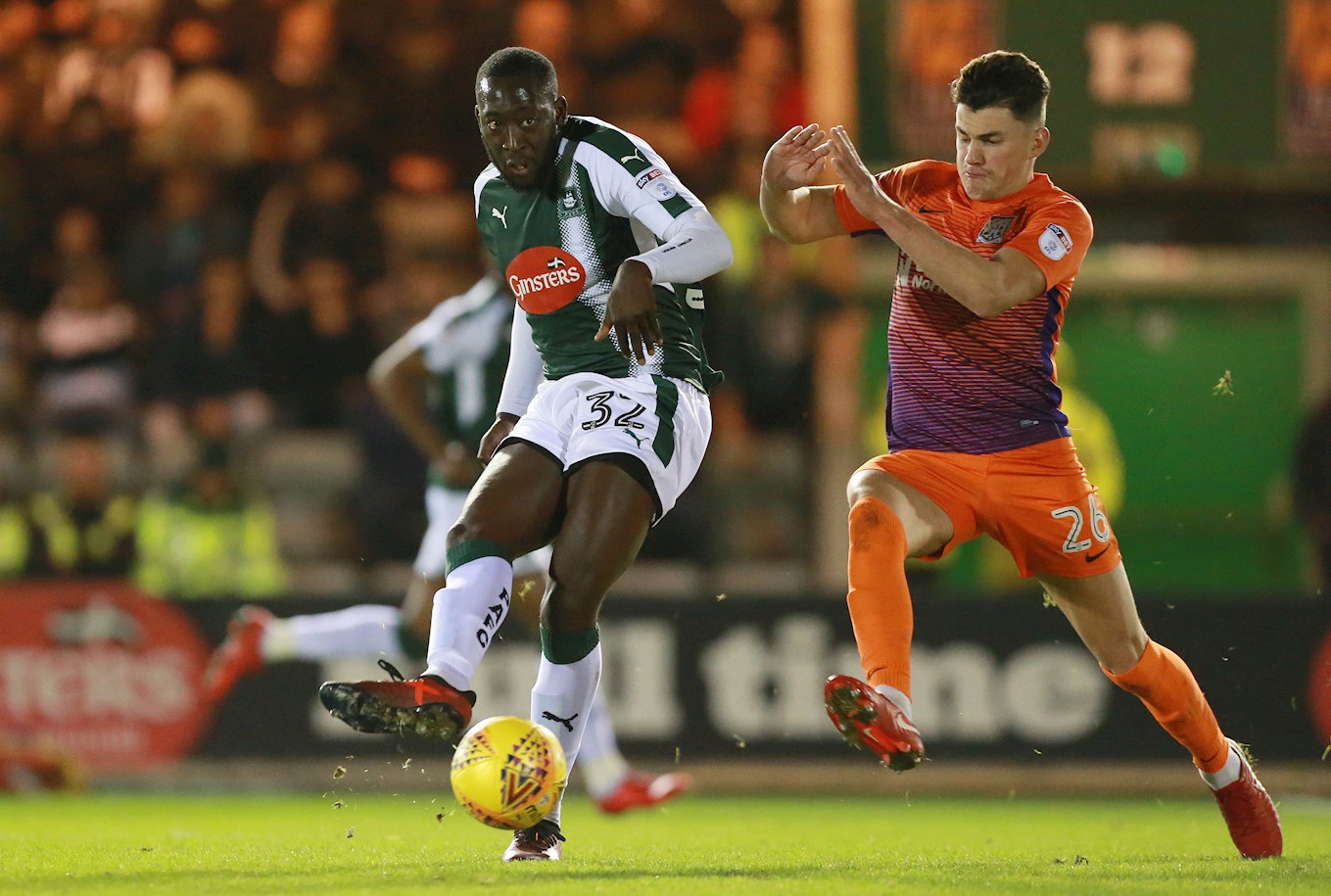 IT has been nearly two months since Toumani Diagouraga first signed for Plymouth Argyle – and things have gone awfully well so far.

The midfielder has played eight games for Argyle, and lost just one as the man universally known as Toums begins to settle into life at the club well, following a busy run of games at the start of his time here.

“I’m pleased with the way it’s gone and obviously I just want to carry on,” said Toums. “I can’t just think I’ve had a good start and let it go away.

“Before the first game I didn’t think I’d be able to do Saturday-Tuesday-Saturday but once you get on the pitch and you get that competitive nature you just want to do your best for the team and try and get over the line.”

His arrival coincided with an upturn in the Pilgrims’ form, but Toums believes it was only a matter of time, always believing that he was joining a strong squad of players.

He said: “I had a look at the players that were here and I knew quite a lot of them so I was surprised that they were in that situation. But like any League, if you put a good run together you can be in a good position, any bad run and you might find yourself down there.

“When I came here everyone was very positive so I knew there was a chance of turning the corner. So that’s what we’re trying to do at the moment. We’re not quite there yet, but we’re on our way.”

Toums has been impressed with the level of support at the club, and has praised the Green Army for their continued dedication during a difficult start to the season.

“We get very good support. Compared to a lot of League One teams that get 3000-4000, here you get 8000-9000 and the crowd are really getting behind the team. Especially with the position we’re in, it’s a credit to them really.”

The midfielder is with the club for a little while yet, admitting it’s too soon for talks about his longer term future to have been held yet.

“It’s not up to me,” he said. “We’ll see what happens. I’m just enjoying my football, trying to help the team get wins and we’ll see where it goes.”