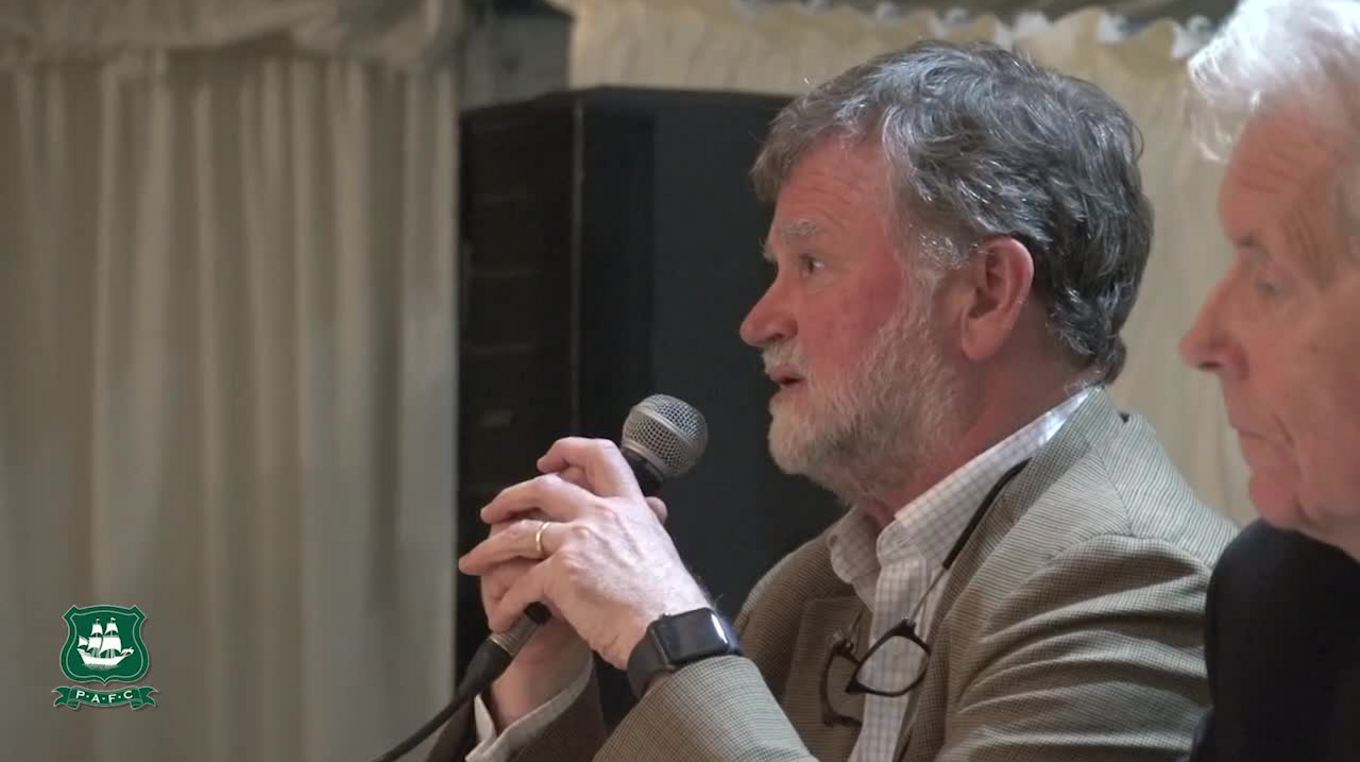 A WIDE variety of issues were addressed at the recent Fans' Forum, when Argyle chairman Simon Hallett, chief executive Michael Dunford, and grandstand development project manager Jon Back were questioned at length by the Green Army.

At the end of the two-hour meeting, several questions remained to be answered so, as promised by Simon at the meeting, we are now publishing those - along with the answers, of course!

Supporters who could not make the forum, which was held in the Green Taverners' Suite at Home Park, or those that did and who want to relive the experience, can see the whole event on the club's official YouTube channel.

Here are the additional questions.

Do you have any plans to attract the finance that Argyle will need to establish themselves as a Championship club with prospects of pushing on from there? If so, what sort of avenues?
The completion of the grandstand development will open the way for a regular, improved, income stream that will benefit the club and, consequently, the first-team. We need that to happen as the first step towards our aims of becoming an established Championship club. Beyond that, we do not yet have any plans, but recognize that current financial structures mean that additional sources of revenue may be necessary.

Is Kids for a Quid not unfair on children who hold season-ticket kids? Maybe offer them a free pasty at those games?
We are committed to ensuring that our season-ticket holders – our core support – always receive the best value for money over a season, and this is certainly the case for our younger supporters. We also think it is important to try to attract non season-ticket holding youngsters to Home Park, hence occasional offers like Kids for a Quid.

Are the slow starts hindered by the quality of pre-season games? If they are all about fitness, what’s the point in testing fitness levels against amateurs?
Pre-season matches are the prerogative of the manager, and we understand the factors that make the schedule a challenging one, which include the importance of taking the club into the community where our support is; and fewer and fewer suitable professional opponents being available for matches.

In recent years, the team has also spent a week prior to the start of the new season in an overseas training camp, which has majored on fitness preparation.

To ensure all fans have the best opportunity to attend these important events, will you commit to hosting all future fan's forums on Saturday's alongside home matches, ensure that all future forums are advertised at least four weeks in advance, and will you commit to hosting at least two such events every year?
We will not commit to having forums on Saturdays, no. We have experimented with before home matches, after home matches, and, now, on a weekday evening. Not everyone is satisfied with any of these alternatives. We note, though, that we had a very good turnout in the most recent forum. Our goal is to maximise attendance at three forums a year. We cancelled the one in August for the reasons we explained at the recent forum.

Can you explain the structure and how it will work now at Argyle and your role in it?
As I wrote in my first Chairman’s blog – www.pafc.co.uk/news/2018/november/chairmans-chat-1/ - we have changed slightly the governance structure of the club to enable me to chair the Board effectively from America, where I am based for most of the year. We have asked each Board member to be assigned to a club function, to act as a resource for the members of our senior management team. Board members will be available to give the benefit of their wisdom to club staff and to support those staff members in their decision-making. Members of the executive team will continue to report to Michael Dunford, our CEO, who, in turn, answers to the Board for execution of strategic direction.

Will the PA system be upgraded because the present system is really poor?
We have decided to defer the issue until the new stand is constructed and we know the changes that will result to how sound carries. We do not want to implement an expensive fix now and then have to implement another one in a few months. We apologise for the poor quality in some parts of the ground, but fans should be comforted to know that no such problems exist with the Emergency Evacuation Public Address system, which will override the general system in the event of an emergency in the stadium. We will never compromise on safety.

Will WiFi be available in the stadium to the fans?
WiFi coverage at Home Park is something at which we are looking as a matter of priority.

Why were the disabled charged for two amounts of postage when the carer’s season-ticket card was put into the disabled season-ticket envelope?
This happened on only three occasions, and we dealt with the matter immediately the problem was identified.

Why don't Argyle do what other clubs do when renewing season tickets? They keep the old season-ticket cards and just change the data on the computer system. This will save a lot of time, money on new cards and postage.
This is something that we are actively pursuing for next season.

Have you given any thought to the appointment of a new club President?
We have. The subject remains actively under discussion, but we see no need to rush into a decision.

Shouldn't there be more young people on Board?
We will always look to bring excellence into the Boardroom, of whatever age. Natasha Brent is one of the youngest directors in the history of the club. Our young supporters are also going to be fully represented on the Fans’ Assembly.

Why can't we put FA Cup and other cup games all together in with the season-tickets?
The price of a season-ticket – indeed, the price of all our tickets – is based on 23 league games a season, which is a finite and known number of games. As we do not know how many cup games or within what price band they will fall  when season-tickets go on sale, it is impossible to factor this into ticket prices. Remember that if we were to do that we have to account to the visiting team for each season ticket sold irrespective as to whether it is actually used for the designated game. In the early rounds of all competitions, we have adopted a pricing policy that reflects the loyalty of our season-ticket holders by reducing prices below the standard prices.

Where do we stand on safe standing at Home Park?
We have been supportive of allowing fans the choice of whether to sit or stand at football matches throughout the course of the safe standing debate. We continue to push for this freedom of choice through the relevant channels. Hopefully, in the near future, the legislation may change, giving clubs more options in this area.

Will James Brent will ever build the ice rink?
This is not for us to answer in any detail, but James’ plans remain in place. Once he has planning permission to move the site, we will be able to proceed with the Club’s purchase of HHP, as discussed at the recnt forum.