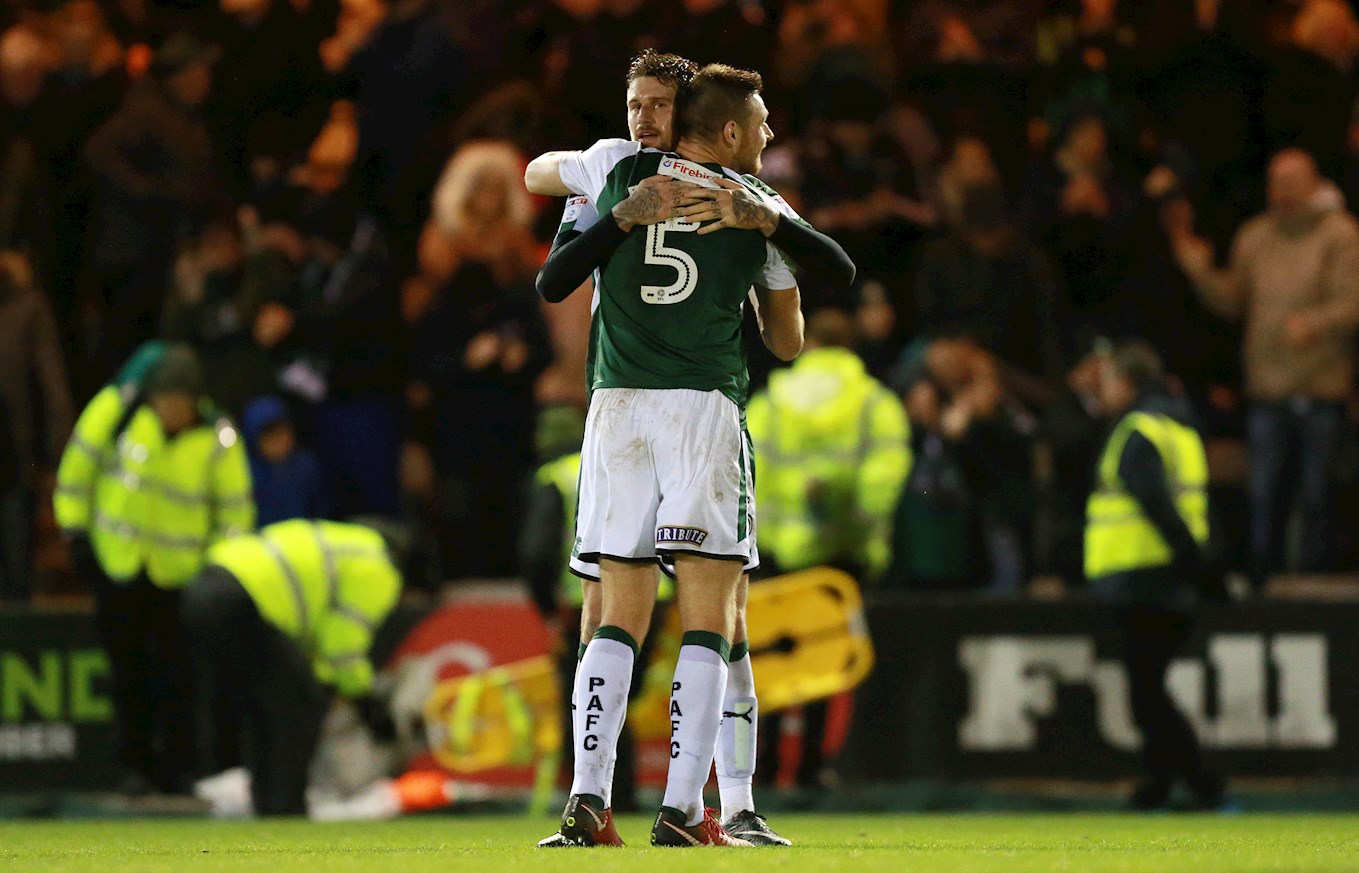 SONNY Bradley reiterated the Argyle squad are still #WithYouEddy as Ryan Edwards continues his recovery from an operation for testicular cancer.

Argyle defender - Edwards’ centre back partner - Sonny Bradley was delighted to see Eddy around the club on Tuesday, and reiterated the lads support for him.

Bradley said: “He came in on Tuesday as he had an appointment at the hospital down here. It was nice to see him, he actually looked really well. All the lads are missing him and we need him back as soon as possible.

“We’ve got fifteen games left and although I don’t want to say it, as we are always thinking about him, but we have to push on as a team and think about the next game ahead of us. I’m sure that’s what Eddy would want.

“I think he found out a couple of weeks before he told us. We honestly didn’t have a clue; Ryan didn’t change anything he did around the place. His attitude was the same; he was still laughing and joking. I room with him at away games and I really couldn’t tell the difference to any other time.

“That’s fair play to Ryan. I don’t think there are many people that strong; I certainly don’t think I would have been. He’s a nice quiet guy off the pitch so it’s hard thinking about it. But, everything is going well for him and over the next couple of weeks he will be on the road to recovery.

“He’s popped up at a couple of games. (At Oldham) I turned around and saw a big white jacket, and he was stood there with his Dad in their end. Its great support for the boys and we all noticed he was there. We just wish him a speedy recovery now.”

Adams said: “He’s improving; he has had the operation now a couple of weeks ago. He is still awaiting his results, and when he gets them the next course of action will take place. Either, he goes for chemotherapy or not.

Eddy is planning to be at our game at Shrewsbury Town on Saturday, where we will continue to display that we are #WithYouEddy.