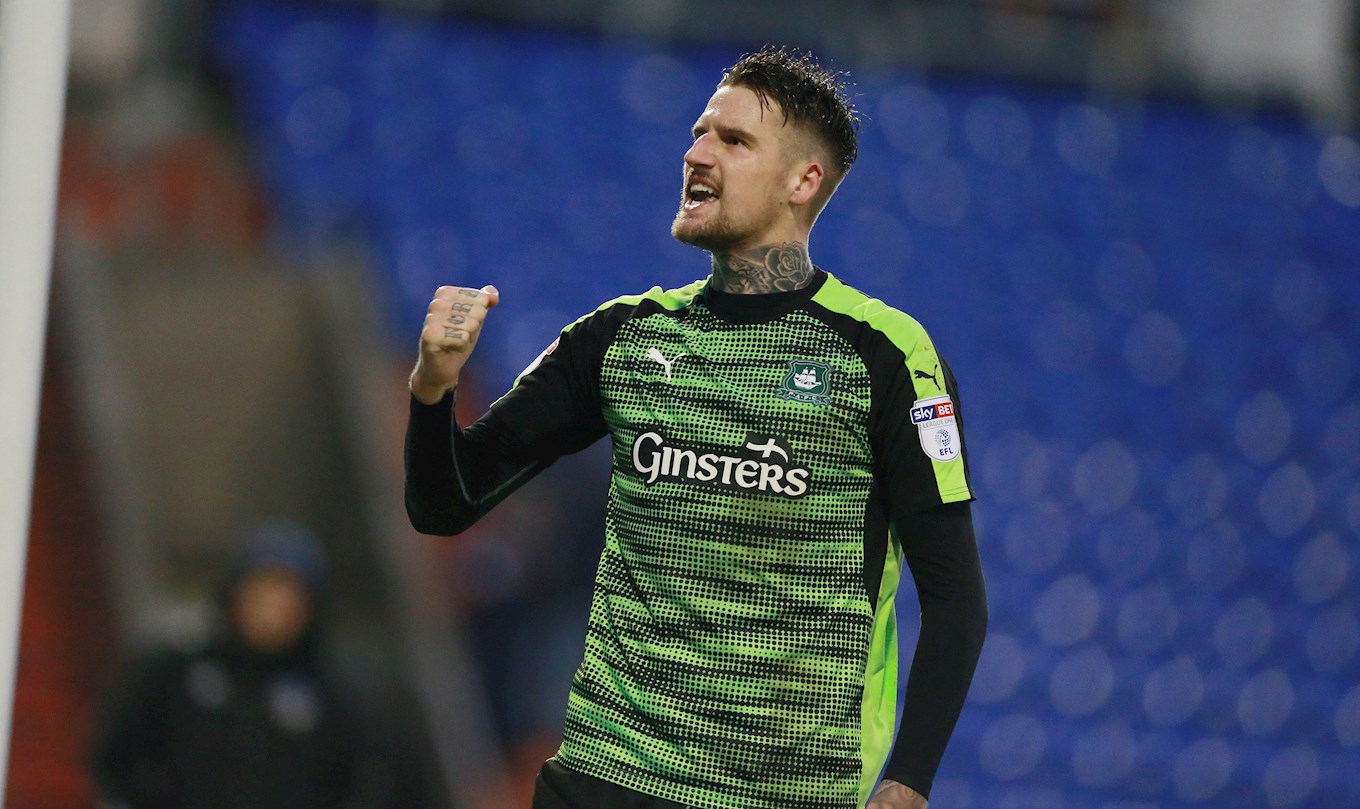 ARGYLE defender Sonny Bradley believes confidence and freedom to express themselves are key factors behind the Greens recent run of form, as they travel to second place Shrewsbury Town on Saturday.

The Pilgrims ended Blackburn’s 18-match unbeaten run with a 2-0 victory at Home Park, thanks to goals from Ruben Lameiras and Ryan Taylor, and now attempt to beat another promotion –contending side. Bradley felt the whole atmosphere around the club has changed since the start of the season when the Pilgrims were struggling at the foot of the table.

After draws with Blackburn and Shrewsbury in the reverse fixtures, Argyle beat Wimbledon, and suddenly things seemed to turn.

Sonny said: “It’s completely different, it changes the way you feel. Pretty much everyone feels the same way as me, we are so positive on and off the pitch. When we were losing games at the start of the season we really couldn’t see where are next win was coming from, and where our enjoyment from football was coming from.

“The Wimbledon away result was massive; we had to really grind that result out. It was after that game that the confidence built up and we never really looked back from there. We went through a tough patch, like most clubs go through. It was important we got out of that phase, and we are out of it now and we are not looking back.”

With the Pilgrims picking up seven wins in their last eleven matches confidence is at an all time high in the dressing room and Sonny feels its having a positive impact on their attacking play.

“When you’r winning it’s great to be involved,” said Sonny. “Even before the game we were filled with so much confidence and belief that the only result that I thought was going to happen was us winning. When we go 2-0 up as early as we have we know we can defend after that and win the game.

“It’s not the case of last season where we went 1 or 2-0 up and we would sit behind the ball for 50/60 minutes. On Saturday we still looked to create chances and push for the third goal. I think that’s the main difference this season. Last season it worked, so I don’t want to discredit what we did.”

Sonny was also full of praise for his fellow Central defender Zak Vyner as he made his second appearance for the Pilgrims.

“You can certainly tell he has come from a championship club,” said Bradley. “He is very neat and tidy on the ball, he’s organised and he talks. He looks pretty complete at the minute

“Obviously he has come here for the experience and he’s got a lot to learn. He came in like the boys that have come in this winter with a great attitude, and he can see see how hard we train and you can see he is up for the challenge. He looks like a great addition to our squad and I think we are lucky to have him.”