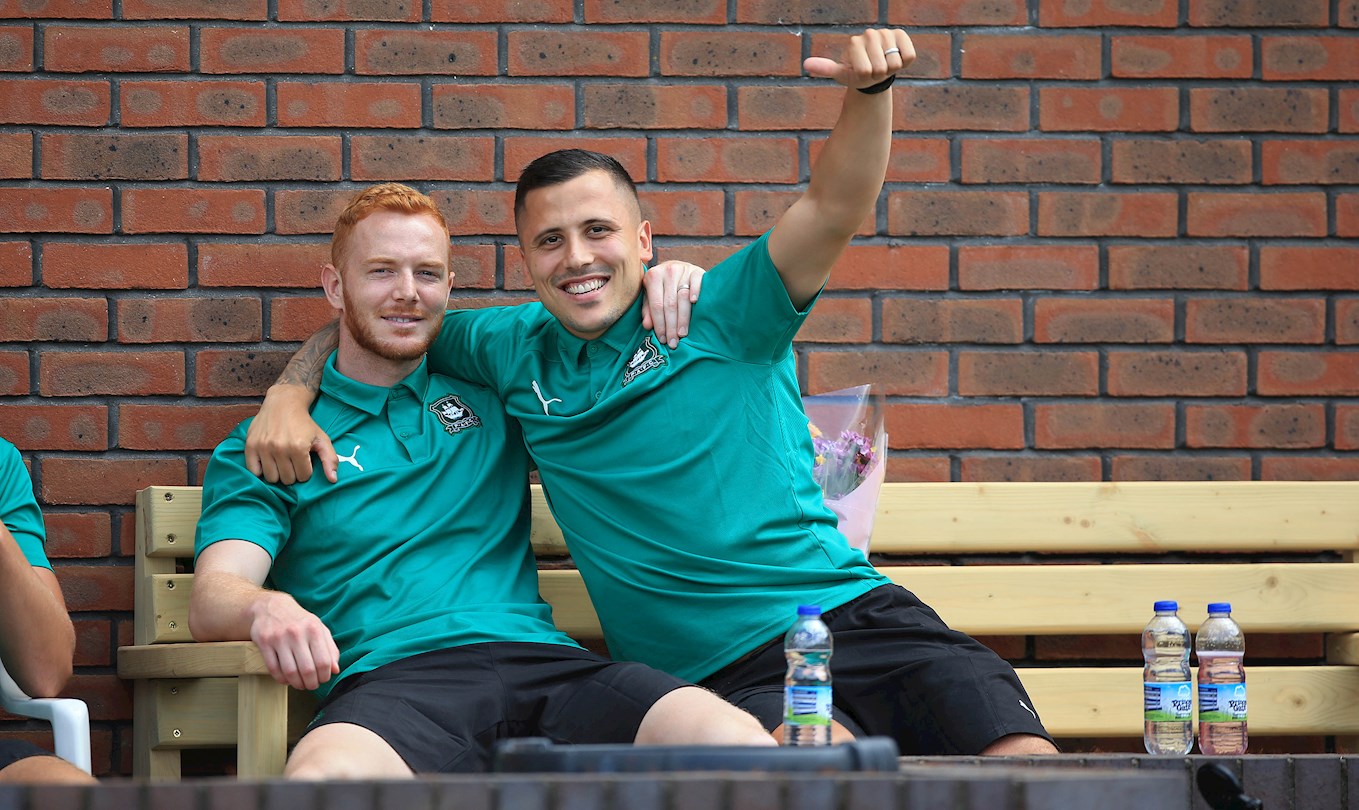 ANTONI Sarcevic and Ryan Taylor, who have yet to feature for Argyle in the Pilgrims’ pre-season campaign, are making progress from injury.

Both players are suffering injury hangovers from last season – Sarce with a groin problem and Tayls with an ankle issue – but will travel to Holland on Sunday with the rest of the first-team squad for a week-long training-camp.

Manager Derek Adams said: “Ryan Taylor’s coming along well. He’s started to blend himself into full-time training with the squad, so we’ll step that up next week.

“Sarcevic is a week behind him. When we come back from Holland, he’ll join in with the squad, as well.”

The Pilgrims will play three games during their week abroad – against German lower league side SV Schermbeck on July 24 and Dutch second-tier opposition MMV Maastricht on July 27, with a behind-closed-doors match also scheduled.

The games come on the back of a 5-1 defeat at Yeovil Town described by Derek as “abysmal”.

He said: “We’ve got three games while we’re in Holland and I think it’s important we get ourselves back to what we’re good at.

“We’ll work hard in those games and come back and be ready for first game of the season.”

One player not travelling to Holland is second-year professional.

Derek said: “Alex Fletcher went to Dunfermline with a view to a loan move. That hasn’t happened and he’ll be back with us on Monday.”