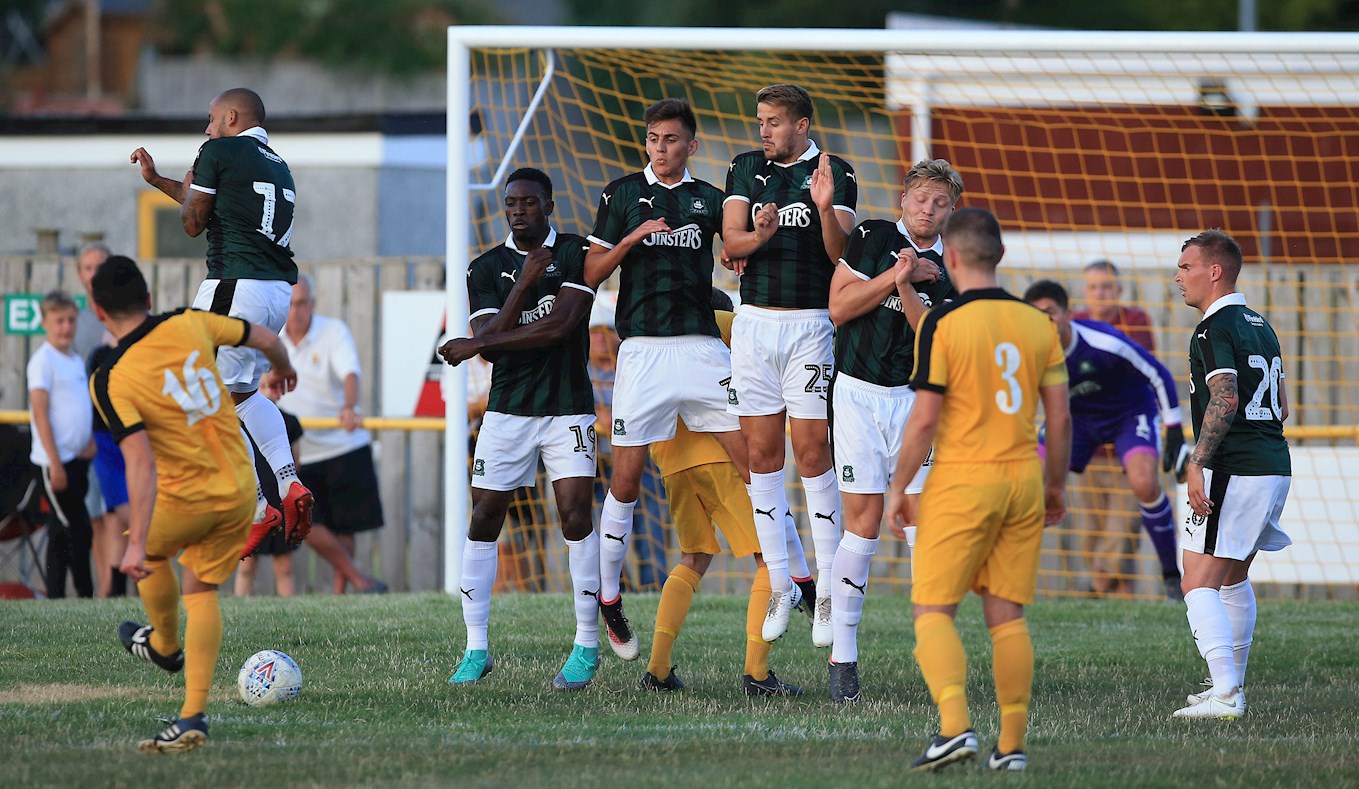 AS well as gaining another victory for his pre-season Pilgrims, Derek Adams was pleased to be part of a local community event.

Derek took his squad to Torpoint Athletic on Tuesday night to witness their new stand opening and to help Torpoint by bringing some money into their club. Derek said, after the game: "We’ve come here for a good cause. The football club are opening a new stand tonight; it’s important we contribute to the local area and we have done that tonight.

"It's beneficial for them; we’ve taken the full first team here."

This was both teams' second pre-season friendly and The Greens came out on top again. Following Saturday's win against Plymouth Parkway, where we won 4-2, Argyle followed up with a 6-0 win, with goals from Ruben Lameiras, Freddie Ladapo, Graham Carey, Gregg Wylde with two, and David Fox.

The pitch was very hard on Tuesday, making it difficult for the players, but all came through unscathed and with no injuries. Derek said: "It was a difficult night because there has not been a lot of rain for many weeks now and the pitch was difficult for us, but we have overcome it and haven’t picked up any injuries which has been good.

‘’We understand the difficulties that they’ve had at this moment in time due to the weather. Good weather, but bad weather for pitches.’

“The players tried their best and they kept possession of the ball. It was difficult for them at times to find that intricate pass through but in the end we’ve come here to generate some extra money for Torpoint."

"We don’t have a full-time fitness coach but Ollie Osborne is with us," said Derek. "He’s with the Marines and he’s on call from them at this moment in time. Ollie has been injured and he’s just working away with us at the first team level, to try to help us in that department. He’s not from too far away; he’s looking after the sports science for us."