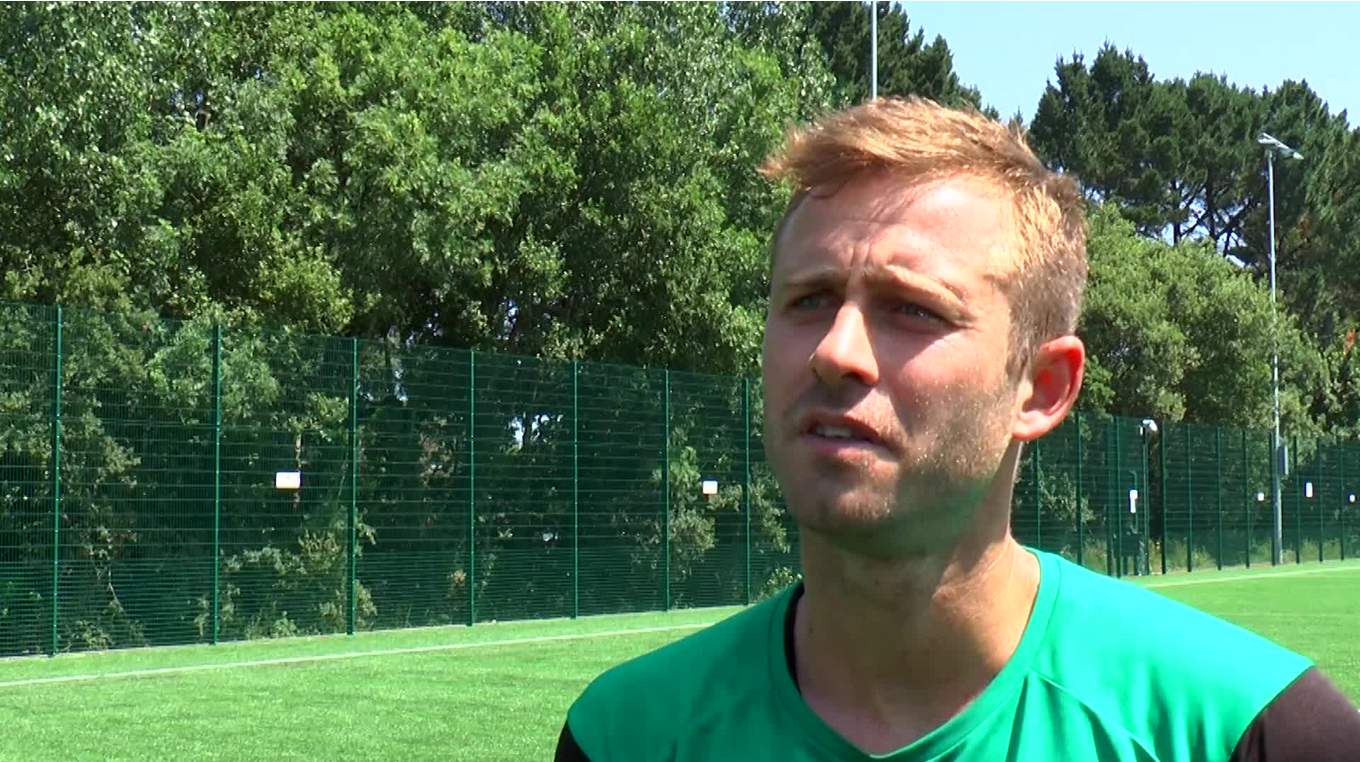 The Place to Be

DAVID Fox has seen a few pre-seasons come and go.

They have been many, and varied. From the youth and reserve squads of Manchester United, to Antwerp’s Royal turf; from Blackpool to the west and Norwich to the east, Foxy estimates this to be his 18th pre-season campaign.

We are very happy that it is with us.

David, 34 and with a young family based near Manchester, was out of contract in the summer, and some felt that despite his superb displays over two seasons at Home Park, the enticement of finding a team nearer to base would be a strong lure.

Perhaps it was, but the feeling of being wanted by a League One team, led by a manager such as Derek Adams, combined with the driving force of the Green Army, did enough to assuage any negatives that geography may have provided.

“I have loved my time here,” said Foxy. “I think I would have regretted it if I didn’t come back. It didn’t feel like the right time to leave. I feel like there is a little bit of unfinished business.

“I’ve got family up north, as is well-documented, but it’s a short career, football, and I want to play as high as I can and for the best teams that want me. At the moment, that is definitely Plymouth. As a family we decided to give it another go.

“It’s a club that is going forward, with a manager that wants to take the club forward, as do the rest of the staff.

“Then there is the fans, and the work going on with the Grandstand, it’ll be packed out in the rest of the ground. There will be a really good atmosphere. Playing at Home Park was a massive factor in coming back. It would have been a tough decision to leave. I still feel like I have something to give, and I’d like to give it to Plymouth.”

David was speaking following a morning’s work at the brand new Manadon Sports Hub, with fresh rubber-crumb 4G pitch being roasted by the hottest day of the year to that point.

The lads did the usual round of reaction testing and fitness drills to get back into the swing of things, but despite the first punishing day of the build to the season, Foxy still enjoys it, and understands its value.
“This is how I remember pre-season: baking hot,” he said. “This astroturf is soft, and good on your knees. It’s a nice place to come and do it.

“There’s excitement. It’s the start of a new season; there are a lot of fresh faces to push everyone on again. There are the young boys trying to impress. We start from scratch and try to impress again.

"There’s a good mix of the older players, new signings and the young players. Everyone will try to push each other on, stay injury-free as much as we can.

“There’s a little more science involved with it nowadays with the testing and things like that.”