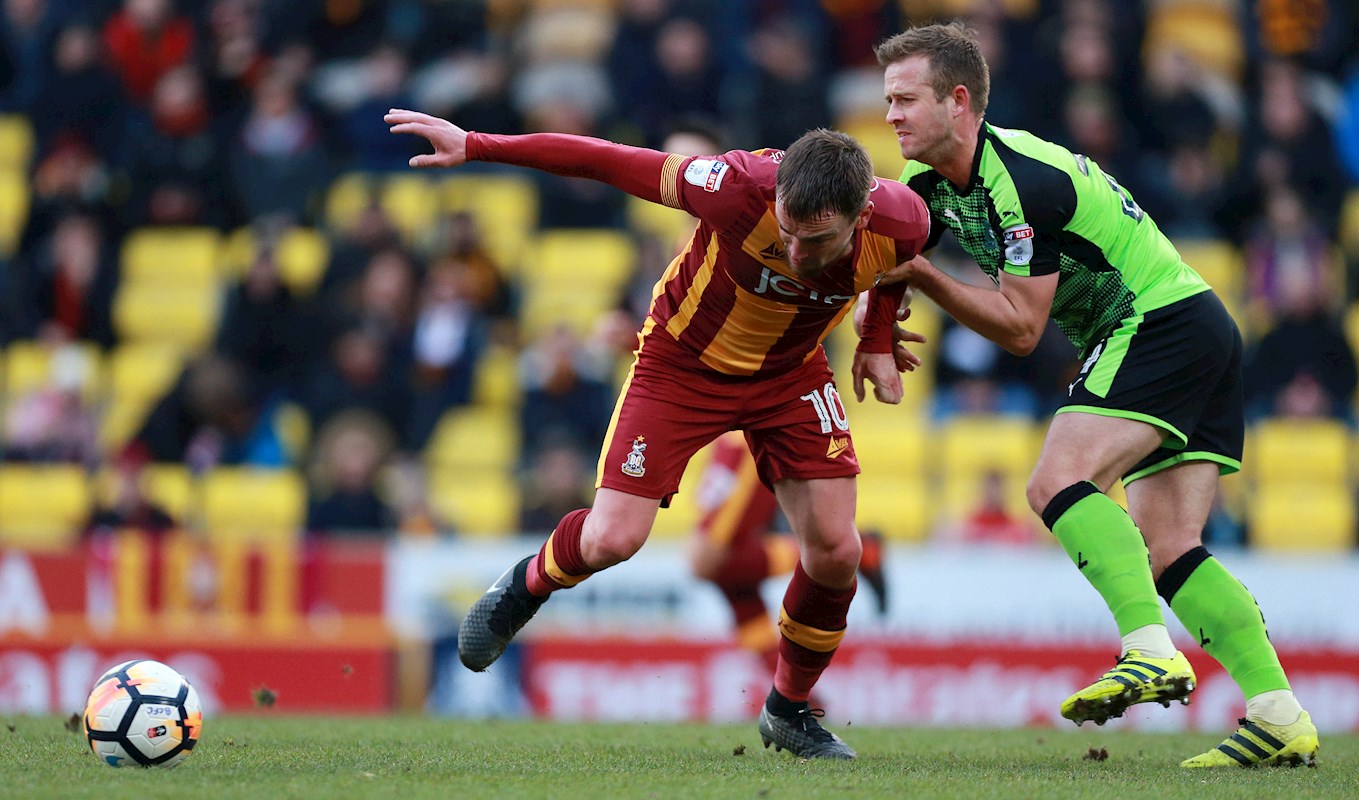 DAVID Fox has put in the hard yards – and the miles – as a Pilgrim.

Committed Green Army members will note the experienced midfielder’s hard-working and cultured displays at the heart of the Argyle side. However, they may not be aware of Foxy’s commitment to his young family.

Mrs Fox and her cubs are based in Greater Manchester, and with David’s job landing him in deepest Devon, it means getting back to the lair at awkward times – or sometimes not at all.

However tricky plying your trade 300 miles from home may be, David has not let it affect him negatively. In turn, he credits the enjoyable nature of being a Pilgrim over the last 18 months for his form and happiness.

“Football side of things, I’m loving it and why wouldn’t I be?” he said. “On the other side of things it can be difficult at times. But I am enjoying my work and when you come in happy it makes things easier.

“I enjoy playing football for this club; I enjoy the lads, the staff and I enjoy going out playing in front of 10,000 or 11,000 every other week at Home Park. I have enjoyed my football since I came here and from a football point of view it has gone as well as I would have hoped.

“I’ll be home quite early Saturday night after Fleetwood. Seeing the Rochdale game getting rearranged for a Tuesday night (April 24) means I’ll be home on that Wednesday, but it is what it is. I have been doing it for 18 months and it is just part of football.

“When you do what you do and work away from home, lots of people do it in different walks of life. If you enjoy your job though it makes it easier.

“The timing of everything has been great really. Last season as well as this, even cup runs have worked out well last season. It has all sort of fallen into place from a footballing point of view, I’ve been very lucky coming to the club at the time I have done.”

After promotion last season, Argyle have turned their form around this season. In fact, it was following yet another home defeat, against Fleetwood, that the lads took it upon themselves to have a meeting to shake their malaise.

That they did, and not Argyle find themselves firmly in the play-off shake-up. The Pilgrims have lost just one in 15 games, and have won their last five.

“It’s great, the run we have been going on,” said Foxy. “There can’t be many teams around the country that are feeling like we are and enjoying coming to work. Even though we are in the play-offs I still don’t feel like there is any pressure on us at all.

“The lads are not talking about play offs, or thinking anything. They are just coming in working hard and seeing what the next game brings really. There really is the freedom to just go and enjoy yourself because of where we have been this season.

“It’s nice that it’s taken us to get to sixth for people to see where Plymouth is! It’s bound to happen when you go from bottom to play-offs in such a short space of time like we have done people are bound to take notice. It’s what happens; it’s the nature of the beast and we will just get on with it and see what happens on Saturday. We will try and play with the same freedom we have the past couple of months.”