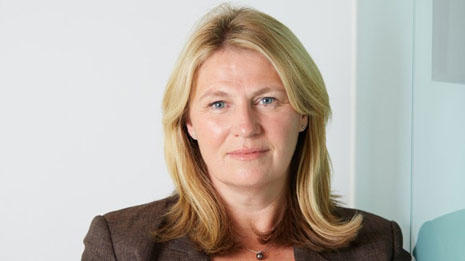 Link in the Jane

NEW Pilgrims Director Jane Chafer is no stranger to Argyle. Her great Uncle was a staunch fan and the family remember frequent visits from Cornwall to watch matches.

Not only is marketing and communications specialist Jane a bona fide member of the Green Army, she has also experience of working with the club when she was on the Executive Board of Plymouth University.

Jane’s university role as Director of External Relations between 2009-13 saw her lead a community outreach programme with the city’s leading sports organisations.

She said: “We looked at the University’s different relationships and partnerships and we decided that links with the local sporting clubs would be beneficial to the University and to the clubs.

“So we instigated partnerships between Raiders, Argyle and Albion which included lots for the students and staff and the community.”

Now, having been lured from Plymouth by Exeter University,she is again setting her sights on forging relationships between the club and its community, this time, from the opposite perspective.

She said: “I hope that I will be able to bring a very broad experience in terms of how to enable organisations to look outside themselves and start to communicate – to tell its story – to as wide an audience as possible.

“Also I hope to be able to help to make decisions about reputation, and how that’s managed and looked after for the long term. I’m a very values-led person. Hearing the board talk about their club’s standards and values makes me want to be part of that.”

Newquay-born Jane’s career began with a marketing sponsorship for English China Clays for the St Austell-based company that is now owned by Imerys.

The call from Exeter came five years ago. As Director of Communications and Corporate Affairs now in charge of team of 200 people, she has been responsible for overseeing all aspects of communication, marketing and external relations and  recently student recruitment and admissions; Press and media; digital communications; public and government relations; and relationship-building across a range of audiences, stakeholders, markets and channels.

She said: “From a career point of view, it was a progression and helped me to gain a wider portfolio. It was the first time that Exeter included the position on their Board so it certainly was a key role for them and was good for my career, although it was hard to leave the work with the city of Plymouth.”

Jane might have left Plymouth, but Plymouth never left her, and Home Park continued to be a destination for a family who are probably as delighted as she is with her new non-executive Board role.

She said: “My husband is a really big football fan. I have three daughters, and two of the three are football fans, and we all manage to get there to watch.”