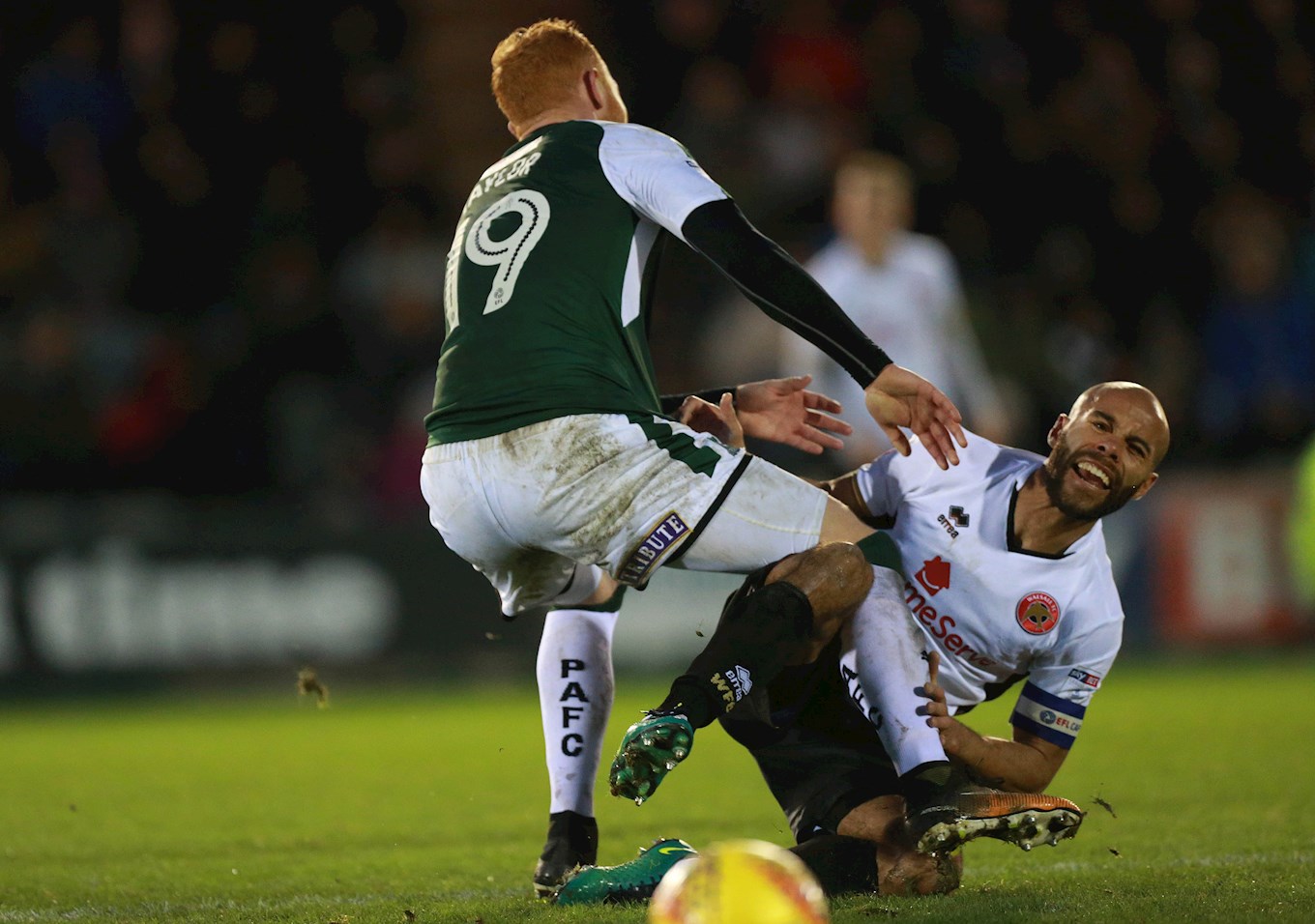 THE welcome return to fitness for striker Ryan Taylor has given Argyle manager Derek Adams a welcome boost in his selection choices in the forward department.

After a lengthy spell out with ankle trouble, Taylor played 75 minutes of the midweek defeat to Newport County and looks ready to challenge the in-form Freddie Ladapo for a starting berth.

Both will be in contention for Saturday’s trip to Luton Town in Sky Bet League One and Derek has not ruled out the possibility of playing them together, if required.

“He [Taylor] looks strong, didn’t do as much in the second half as the first because of fatigue,” said Derek. “To get 75 minutes under his belt and the way he took the ball in, and had a battle, was good to see.

“We brought Fred here and have Ryan Taylor to give us the different options. They’re completely different players and good to have them.

“We have done that [played them together] at Walsall and it’s not to say that couldn’t happen again. The only problem is that we’d have to play a slightly different way behind them.”