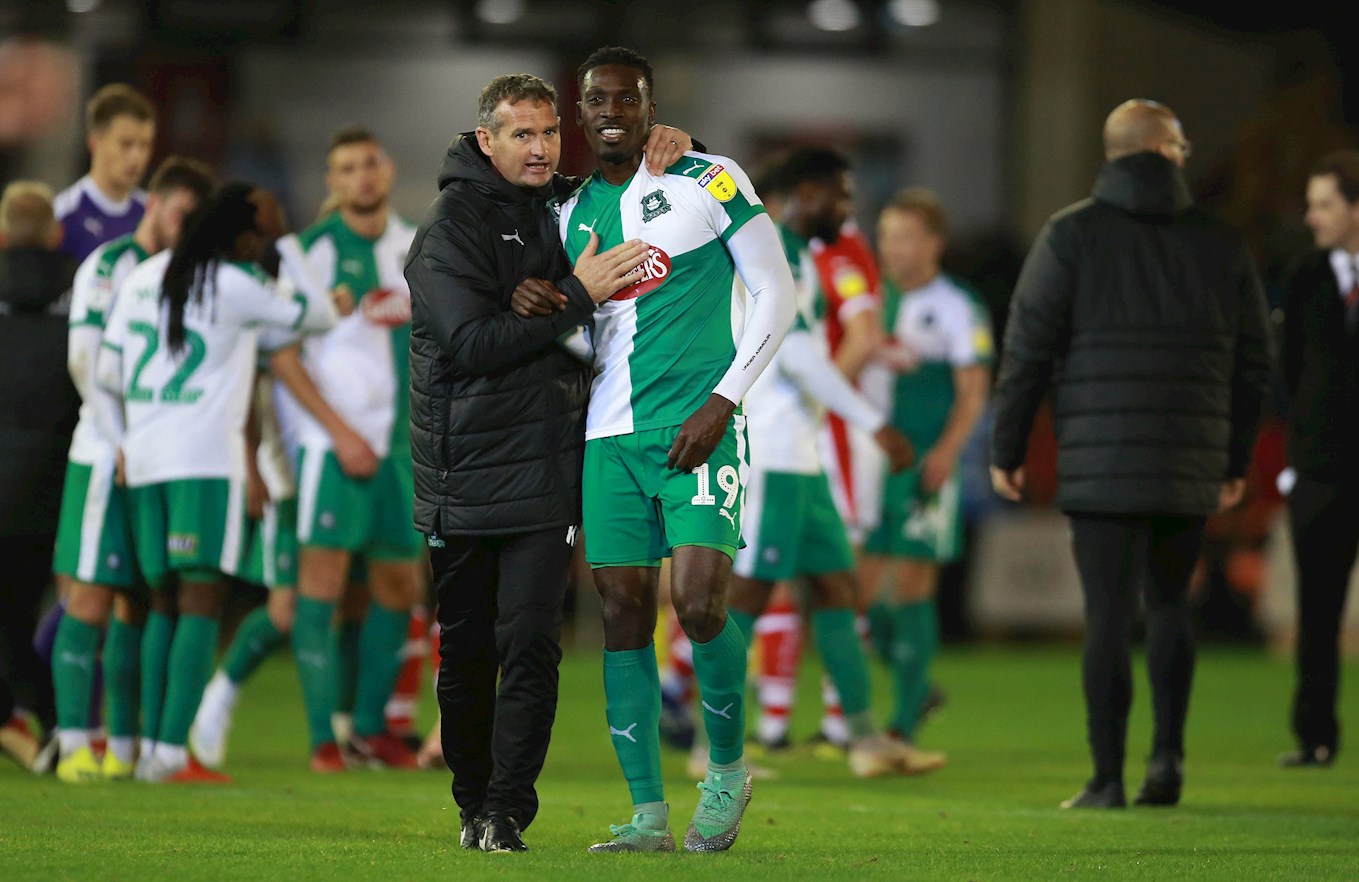 AFTER weaving his way to the terrific equaliser that earned Argyle an important point at high-flying Barnsley on Tuesday, Ruben Lameiras was quick to praise his attacking comrade, Freddie Ladapo.

On a night when Freddie could have walked away with a hat-trick for himself, the powerful forward still made a massive impact and proved a constant menace to the Barnsley defence.

Ruben was the main beneficiary, firing home the leveller on 40 minutes against a stretched Tykes’ defence to earn Argyle a fine draw that could prove to be the catalyst for improved results in our Sky Bet League One Campaign.

“I don't think people quite see what Freddie brings to the team,” said Ruben. “He's strong and he holds the ball exceptionally well, but he doesn't get as many goals as he should at times.

“When he gets one, it'll be like an avalanche, he'll start scoring left, right and centre. The most important thing is he gets into those positions where he's always an option for me. It's so easy to play with him, it's just not falling for him at the minute, but it will come.

“Freddie works harder than anyone on the training pitch to try and get us the goals. Aside from the chances he missed, I thought his performance was really good. He gives us a platform to go and play.

“I've said before the quality in this team is good. We've brought in some really good players. It does take time for them to know what the manager wants and what the other players in the team want.

“We work extremely hard on the training pitch. When it clicks, we will be a real force, it's just like last season. Performances breed confidence and slowly we can start getting back on the horse.”