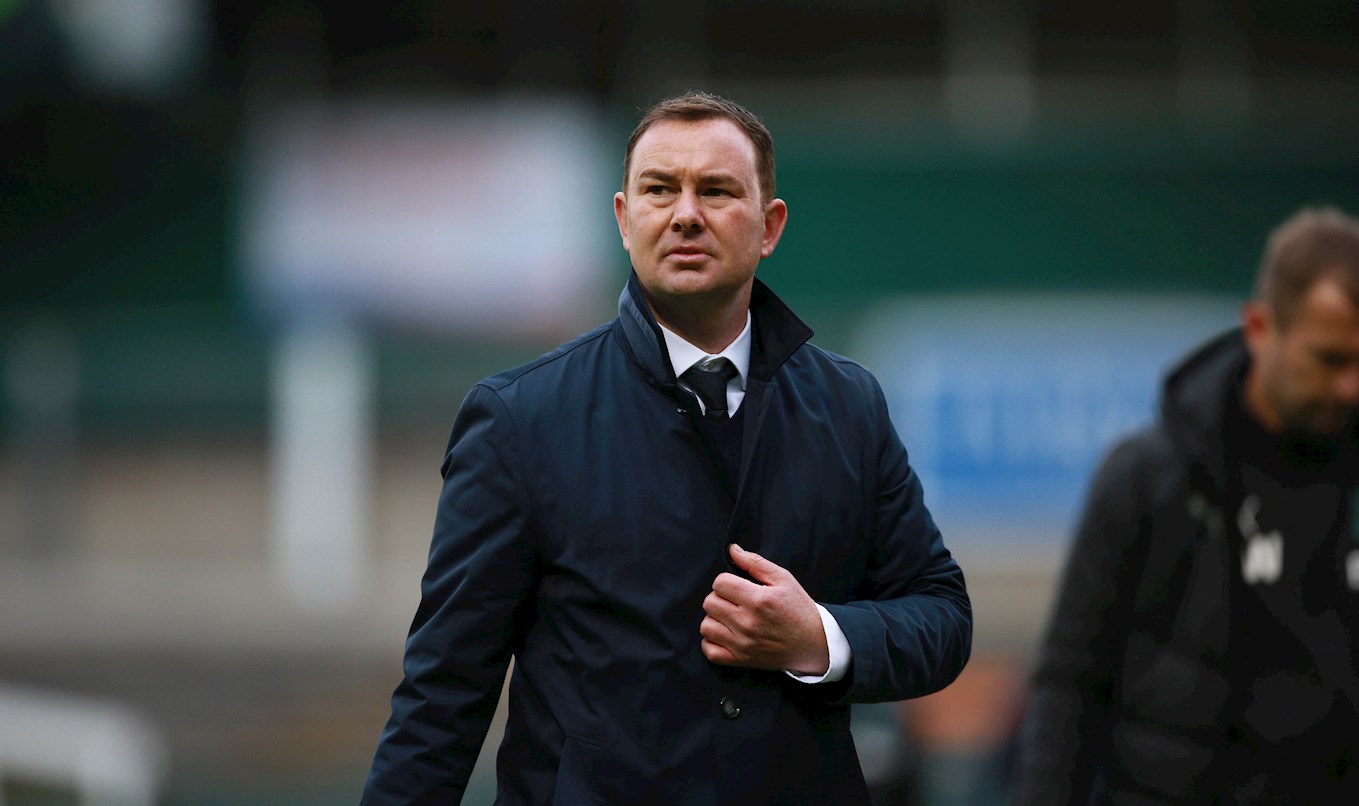 Staying on the Front Foot

IT said a lot for the confidence of the Pilgrims that, having scored the goal against AFC Wimbledon which secured their first Sky Bet League One win of the season, they did not drop back to see out the victory.

Instead, following Freddie Ladapo’s 75th-minute header, they remained on the front foot and several times came close to extending the 1-0 win at a windy Home Park.

Manager Derek Adams said: “It was a very tight match – it was very scrappy because of the conditions. We could have gone in 1-0 ahead at half-time. Freddie probably should have scored in the first half, but then he got himself a goal in the second half.

“It was well worked. A good short corner from Ruben Lameiras into Graham Carey, who turned and clipped a ball to the back post – three players who have all scored goals in the last three or four games. They are important players for us.

“Confidence is a major thing in football. We all know that the players have got ability, but you need to be confident. We have been confident, but we just haven’t been able to execute at times.

“They are confident boys and they know with the way that they play, they are going to get wins. When you are in that state of mind, you know your good play is going to come at some point.”

Arguably no-one needed to keep his head up more than the goalscorer. Freddie missed a decent opening in the first half, which followed a frustrating match in front of goal at Barnsley in midweek.

Not that Derek had anything but the utmost faith in his main forward.

“I am delighted for him,” he said. “It would have been easy for me just to take him off the pitch but, from my point of view, he was leading the line well; he was running in behind – he was causing the two centre-halves problems in that way because, if the ball is put down the side, he is going to run beyond.

“He is always capable of getting a goal because he’s always in that 18-yard box.

“There wasn’t much in the match. If Freddie scores [in the first half], we get a huge lift from that; [Wimbledon] had some good bits of play, as well.

“Eventually, the better of the two footballing sides wins the game with a bit of craft at the end.”