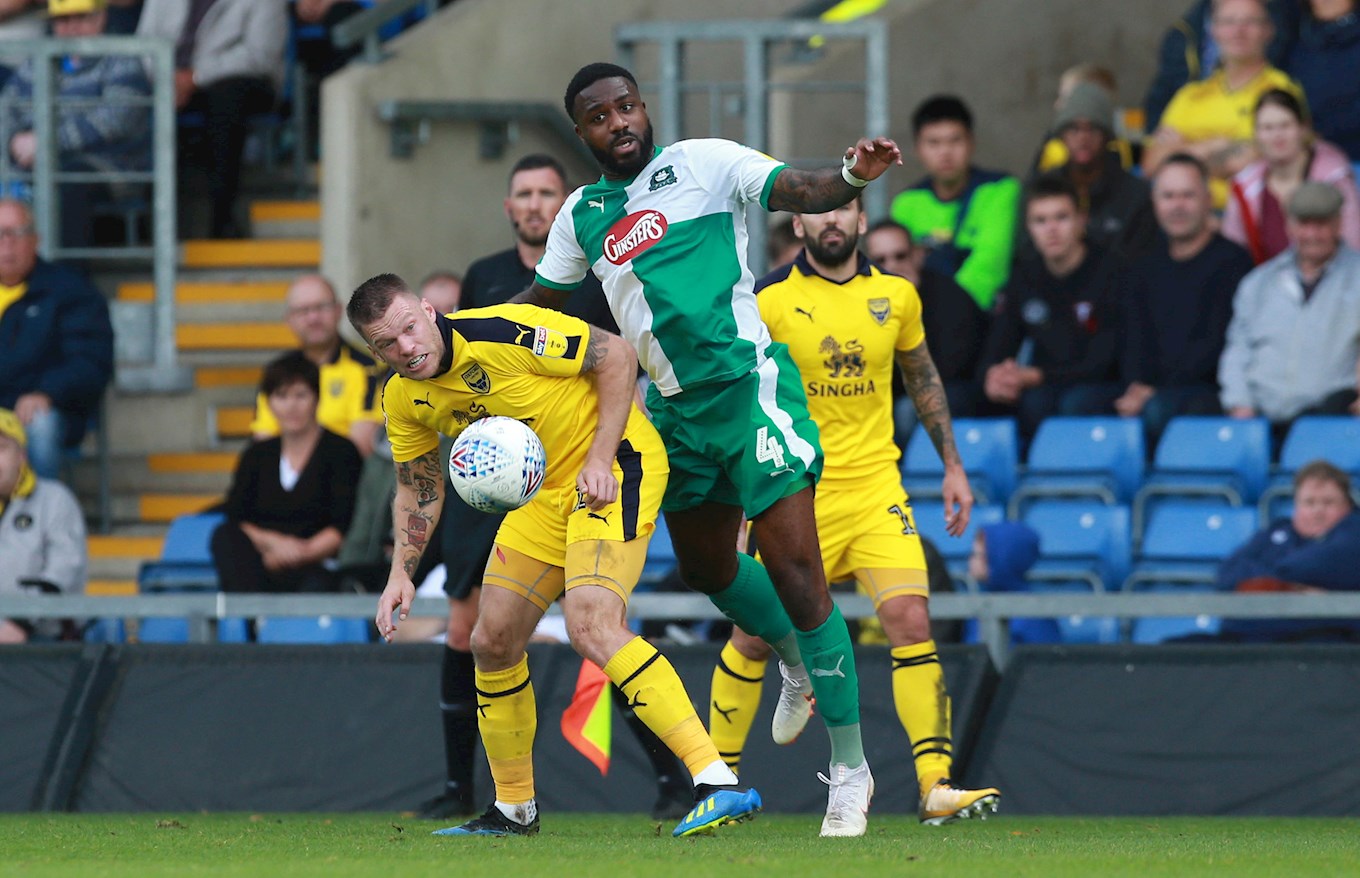 DEREK Adams wants his players to become more streetwise and to learn from the game-management of Oxford United’s more experienced players in Saturday’s fixture between the two sides.

United leapfrogged over Argyle at the bottom of Sky Bet League One as goals from former Pilgrims Jamie Mackie and Curtis Nelson gave the home side a 2-0 win.

During the game, Argyle were obliged to substitute defender Ashley Smith-Brown after continuing to tangle with Ricky Holmes following an earlier booking, and lost defender Yann Songo’o when he was dismissed after receiving two yellow cards.

“I thought that they were streetwise, Oxford,” said the Argyle manager. “They had experienced players in the team, probably typified with Jamie Mackie, who’s probably lucky not to be sent off in the game, but he held the ball up for them; he roughed up our centre-halves; he scored the goal.

“In midfield, they had Holmes, who was able to do a job and he got one of our players booked; then, possibly Ash Smith might’ve been sent off after that.

“Then Songo’o gets sent off, which was the correct decision from the booking in the second period, but the first-half challenge I don’t believe was a booking.

“You definitely need to learn from it if you’re going to be a top player or a player at this level.

It’s part and parcel of the game. Jamie Mackie did ever so well at backing in and facing our players up. He’s got the man of the match today, but he played the game in a way that he wasn’t penalised by the officials.”

Ash was replaced by Gregg Wylde at left-back before, with an out-of-sorts Ryan Edwards having already been taken off, Derek was obliged to make further changes following Yann’s sending-off.

He said: “[Ash] had just been warned twice by the referee after being booked. As a manager, then you’ve got to put a winger to left-back, and that’s not something that I want to do.

“I had to then take [Ruben] Lameiras off to put [Niall] Canavan on at centre-half, which is another change I didn’t want to do. Sometimes, your hands are tied behind your back.

“We’ve had injuries throughout the season and we’ve had to put up with it. We went with the team that started the previous two [league] games, then Songo’o gets sent off. Ryan Edwards was taken off in the game as well, as was Ash Smith.

“So we had to change things again, which we don’t like doing, but it’s the nature of what is happening at this moment in time.”