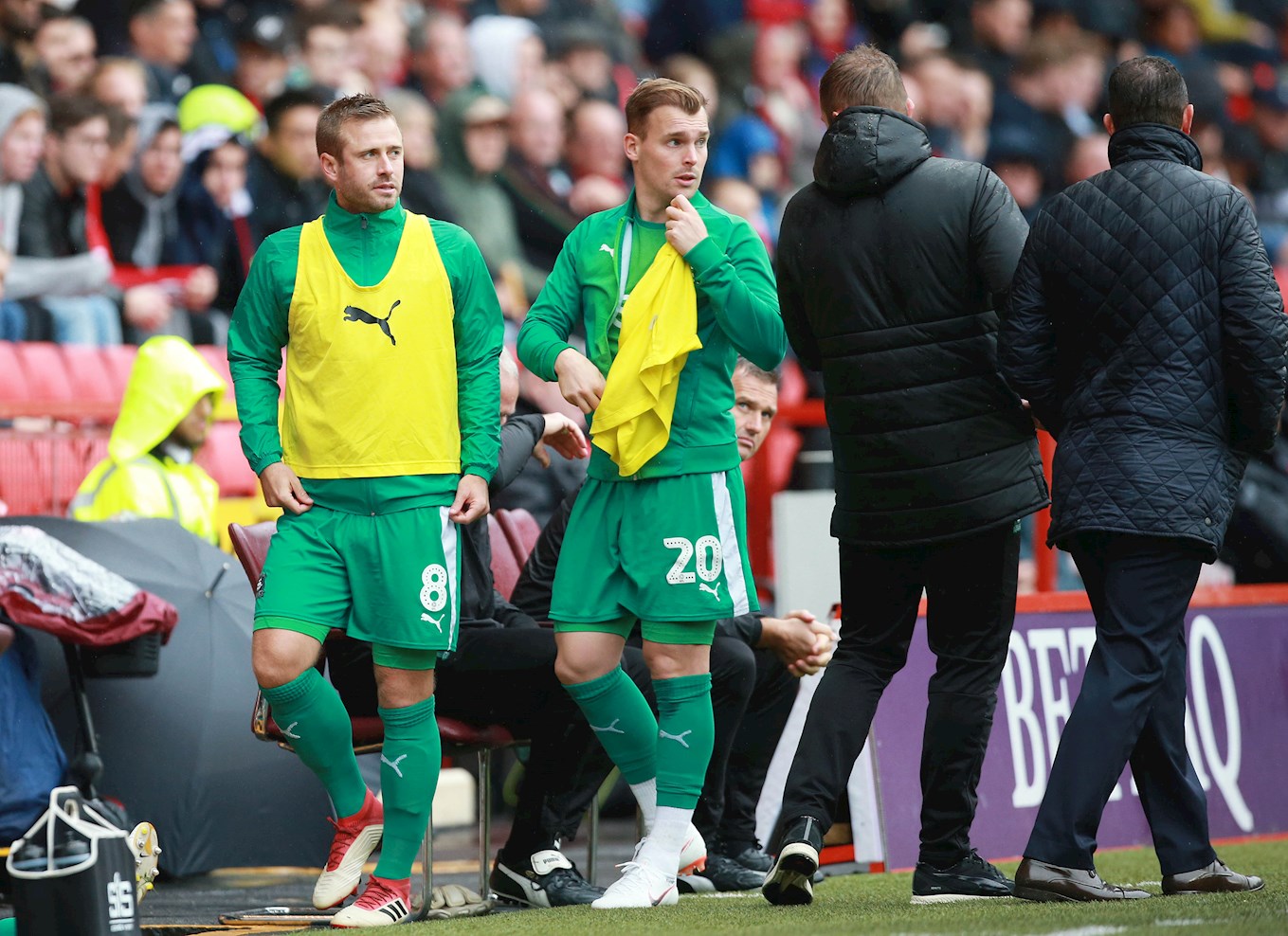 AS injuries seem to be building up for the Pilgrims in Sky Bet League One, winger or defender, Gregg Wylde says he is happy to be playing a part in manager Derek Adams’ side.

Despite leading through an early and rare Graham Carey header at Charlton on Saturday, Argyle held their lead for just three minutes and succumbed to defeat two minutes from time.

One of the positives, however, was Gregg Wylde’s display at full-back who replaced the injured Gary Sawyer at the interval. The Scot says he has experience in that position and was comfortable slotting in.

“Sometimes I do [prefer that position] because, like I said, I can see the game a bit better. I can support the play from deep and I can see a pass as well.

“Nobody was going to run past me at all and I did say to the boy Jamie Ward he wasn’t going to beat me, at one point, and he didn’t. He went to the other side of the pitch. I thought I did alright against him, someone that’s played in the Championship.“

Gary Sawyer, Joe Riley and Antoni Sarcevic, who were all replaced after limping off, wait to hear the full extent of their respective knocks, and Wylde recognises that potential absentees mean opportunities, and the former Rangers man will be ready, when and if called upon, in the weeks and months to come.

“You could write a book about the injuries,” said Gregg.  “It was like this last year as well. Unfortunately these things happen, people get injured but it’s a team game and we’ll stick together, we are a group of boys who are quite close.

“We’ll see what the outcome is this week with the boys that are injured, we’ll dust ourselves down and go again next week against Doncaster.

“Hopefully, I have done well. I’ve just not had a crack of the whip yet to get game-time, this is my opportunity. Hopefully, I’ll get a starting place at left-back next week or wide on the left, but if I play at left-back I’ll do the same job I did [at Charlton], defend well, attack well, and read the game a wee bit better. I think the gaffer knows that because his dad was at Rangers, he has seen me at left-back, so maybe it’s something in the pipeline that I could do a job there. “