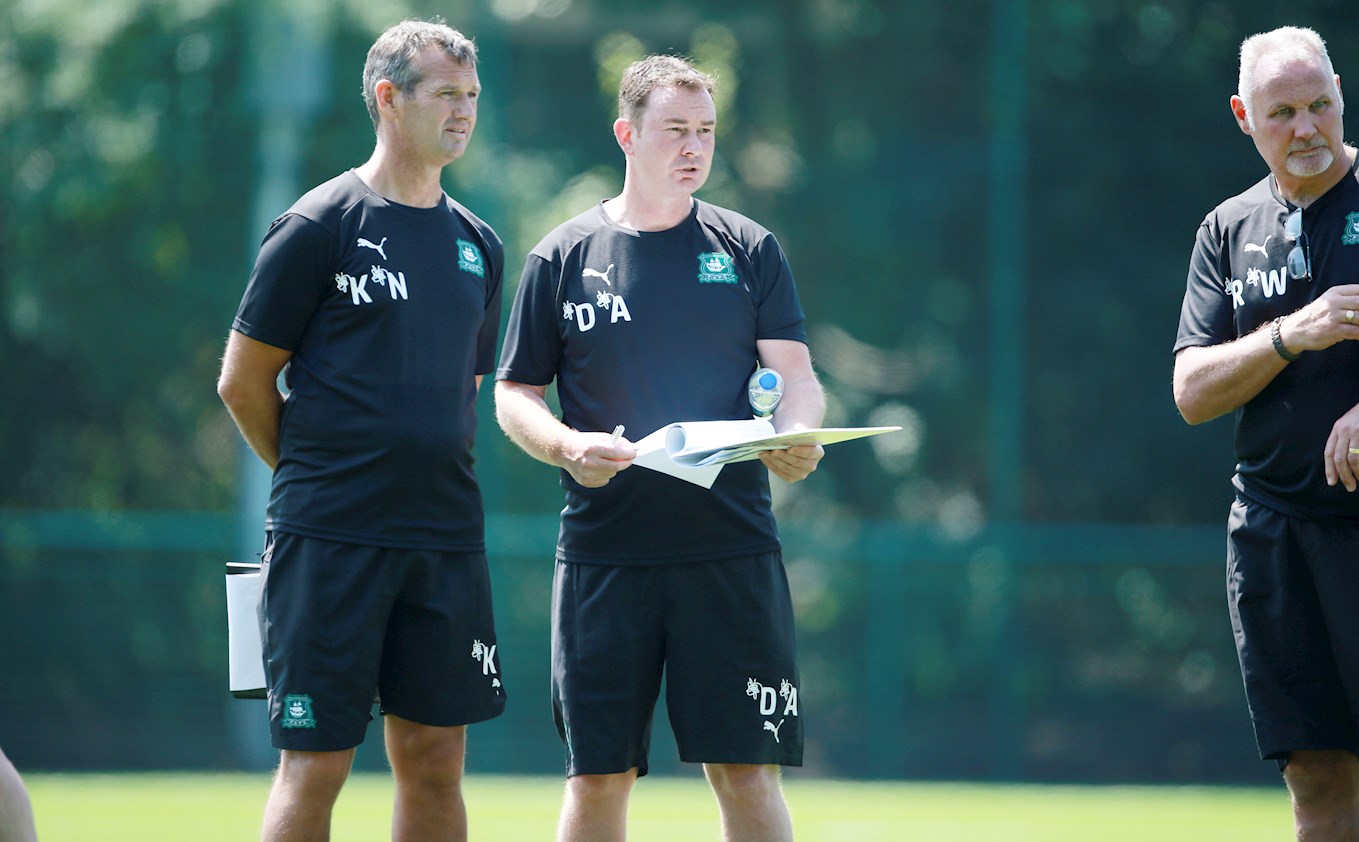 ARGYLE go into Saturday’s Sky Bet League game against Blackpool on the back of first league clean sheet of the season, with manager Derek Adams’ sage words again proving true.

After a week from, if not hell, then somewhere in the rough proximity, when the Pilgrims conceded 11 goals in three matches, they were back to their old selves for last Saturday’s 0-0 draw at Bristol Rovers.

Since the season's opening day, when Joe Riley gave away a penalty at Walsall which turned the game in favour of the Saddlers, Argyle have contributed to their own downfall in a majority of their matches through defensive indiscipline.

'Cut out the errors and the form will improve' has been the cornerstone of the manager’s mantra, in much the same way that he espoused eradicating red cards 12 months ago. The Memorial Ground provided evidence that he was right and that the Pilgrims’ first win of the season will not be long in coming.

“It was better from us, defensively,” he said. “We didn’t have any errors in the game, and that’s been important. We have caused ourselves a lot of problems early in the season because we have given the ball away in difficult positions and, after one or two passes, the other teams have scored goals.

“So we played forward; we played in the opposition’s half. They didn’t play the ball needlessly into midfield, where there could have been a press on. We played forward a lot more and we will have to continue to do that.”

Since the start of the season, Argyle have used four defenders signed in the summer in front of a new goalkeeper, but Derek does not see this a contributory factor to their winless league start.

He said: “Any new player coming into the side has to understand a new working relationship with players but we have made errors that are easily eradicated. That is sometimes not coachable - we have to realise that playing the ball into these areas is not helping us.”

Neither is their whole game-plan built on parking the bus. After keeping it tight for an hour at the Memorial Stadium, Derek unleashed Joel Grant to near devastating effect, with the Jamaican international carving out several excellent opportunities.

“We have shown, over time, that we can be good, attacking-wise. Joel Grant came on last week and was outstanding on the left-hand side of the pitch but he has to do that every week. If he does that every week, then he doesn’t come out of the side. He’s a confidence player, but he’s alo very hard-working.

“We want to attack. We just have to take our chances."