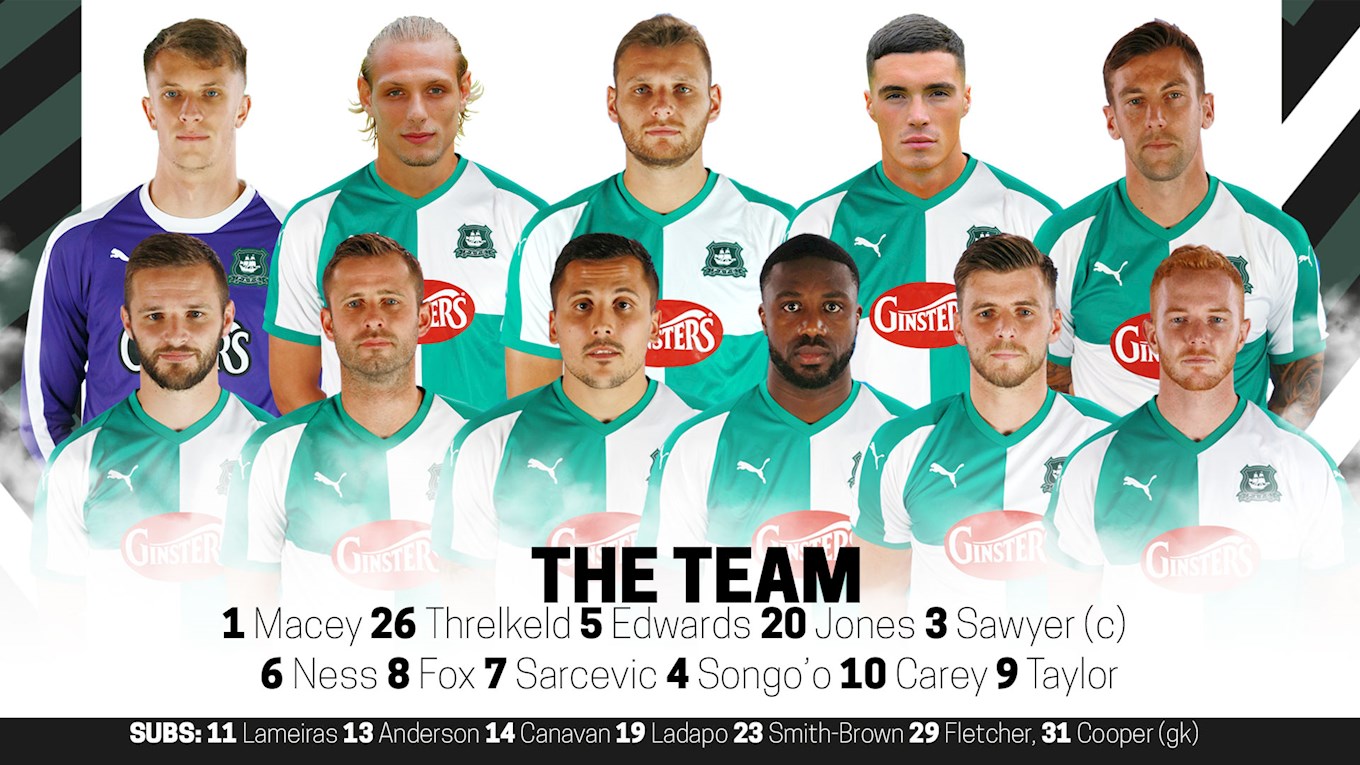 ARGYLE made two changes for their penultimate game of the 2018-19 Sky Bet League One season, with Matt Macey and Jamie Ness returning to the starting 11.

Macey, who made his EFL debut in a four-game loan spell at Accrington in 2015, replaced the injured Kyle Letheren, with first-year professional Mike Cooper coming on to the bench.

Ness took over from Ruben Lameiras in midfield. Striker Freddie Ladapo returned from injury as substitute.