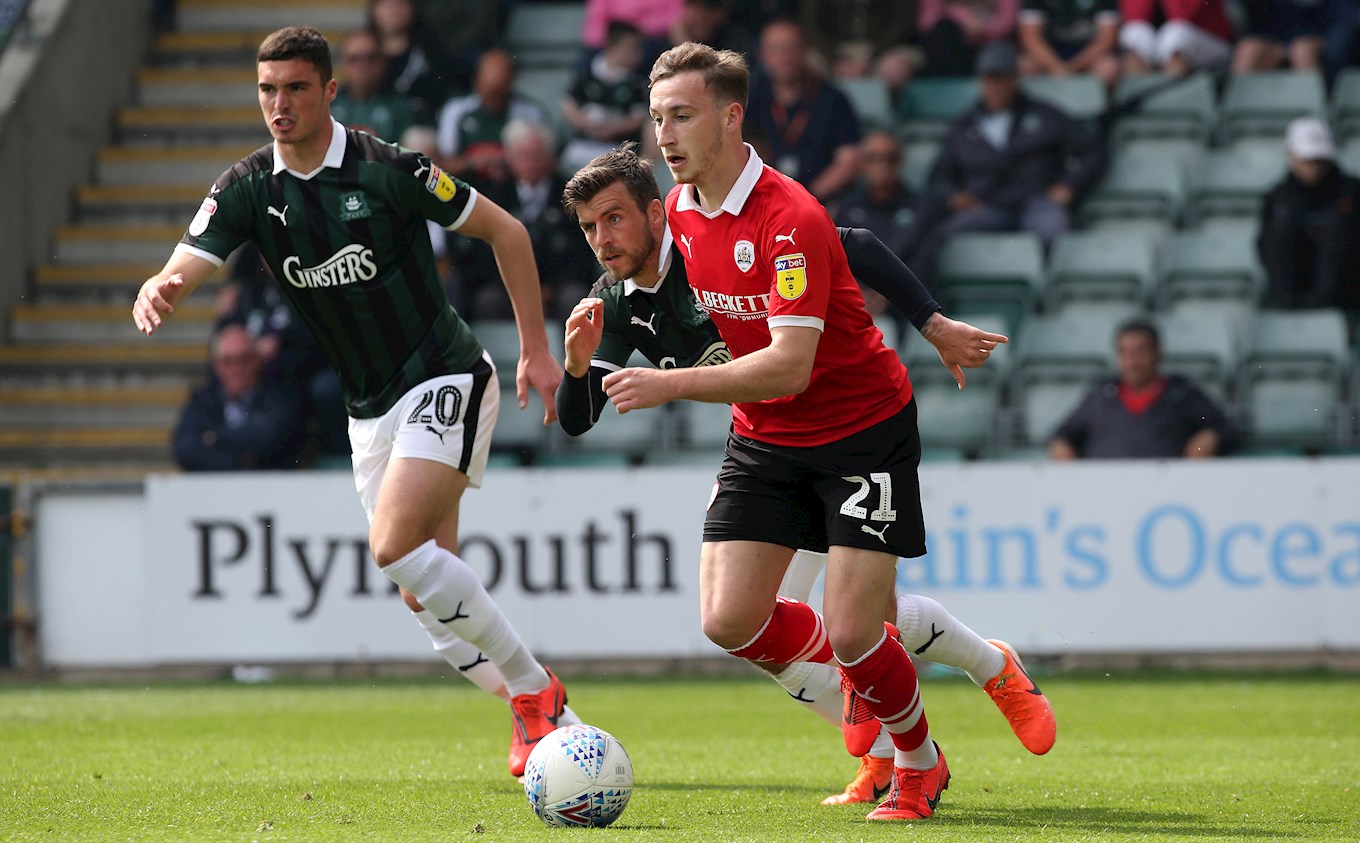 IT has been a bittersweet Easter weekend for Plymouth-born defender Lloyd Jones, who finally broke into the starting eleven for the weekend’s games against GIllingham and Barnsley.

“They’ve come in two defeats, which is obviously not great - it’s disappointing,” said Jones. “But, it’s just about the next two games. It’s not about me, it’s about the team, the club, the fans as well. The next two games are massive. If I’m playing in them, then I’ll give 100%, and I know everyone else in the dressing room will as well.”

Jones’ breakthrough into the first-team coincides with the business end of a season in which Argyle are still not safe from the drop. For Lloyd, though, it gives him more motivation to make an impact in his native Green colours.

“I want to play in them [big games],” said Jones. “I don’t mind pressure in football, that’s what defines you as a player. I don’t want to say I’m looking forward to it, because that’s not the way to go about it, but I’m ready for it.

“It doesn’t bother me, I don’t care who I come up against. We’ve just got to be ready for Saturday. If I’m lucky enough to be playing, I’ll be ready, the team will as well. We’ll stick together.”

Despite only arriving at the club on a temporary basis from Luton, centre-back Jones feels he has as much personal interest as any other member of the Pilgrims’ squad in the season’s outcome – as both a Plymothian and a professional.

“I’m a Plymouth fan, I was as a kid and I still am,” said Jones. “They’ve got great support, especially for this league as well. Going to Accrington, I’m sure they’ll be right behind us. We’ve got to give it back as well. We have to do it for ourselves and the club, that’s the most important thing.

“The last two games are massive. I don’t want to come here on loan and have a relegation on my CV. I want to keep us up as much as anyone else who is contracted. Whoever is playing, we’ll be ready.”