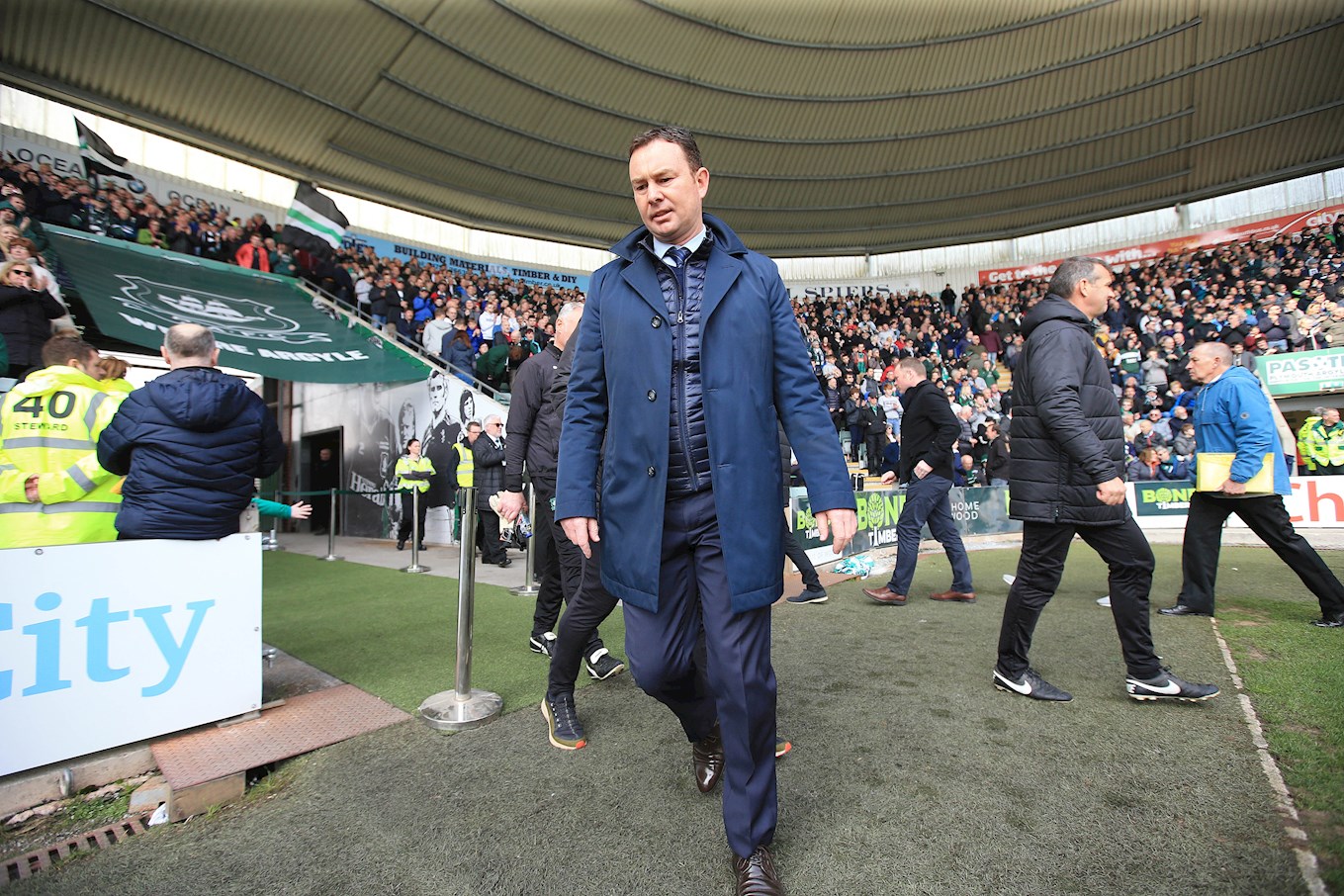 FOUR games remain in the Sky Bet League One campn and Argyle manager Derek Adams only cares about securing the points to guarantee his side are playing in the same division next season.

The Easter weekend begins with a trip to Gillingham on Good Friday and then at home to promotion-chasing Barnsley on Easter Monday, with the boss far less concerned with the type of performance than getting the points to ensure safety from relegation.

In recent weeks, the manager feels there have been missed opportunities in certain games but the focus is now on Gillingham, a side just one point and three places above Argyle in an extremely tight league table.

“I don’t care at this stage in the season how we play, it’s about how we pick up the points we require,” said Derek. “It’s about winning the games and finishing on a good points total.

“We should have won against Bristol Rovers and Blackpool, and we put in a very strong performance against Charlton. In the second half against Doncaster [last week], we should have scored but we didn’t, and we go into this weekend’s game away to Gillingham looking to get three points.

“We’ve played really well, you will have seen the performances against the likes of Bristol Rovers and Blackpool, so we do feel that we should have more points than we do at this moment in time.

“Easter weekend is always a good weekend because you play quite quickly. We have shown in the past, when things move fast, we do well. We will have to do that against Gillingham and Barnsley, but we will take one game at time. Only Gillingham are in my thinking at this moment in time.

“At this stage in the season, it’s all about wins.”