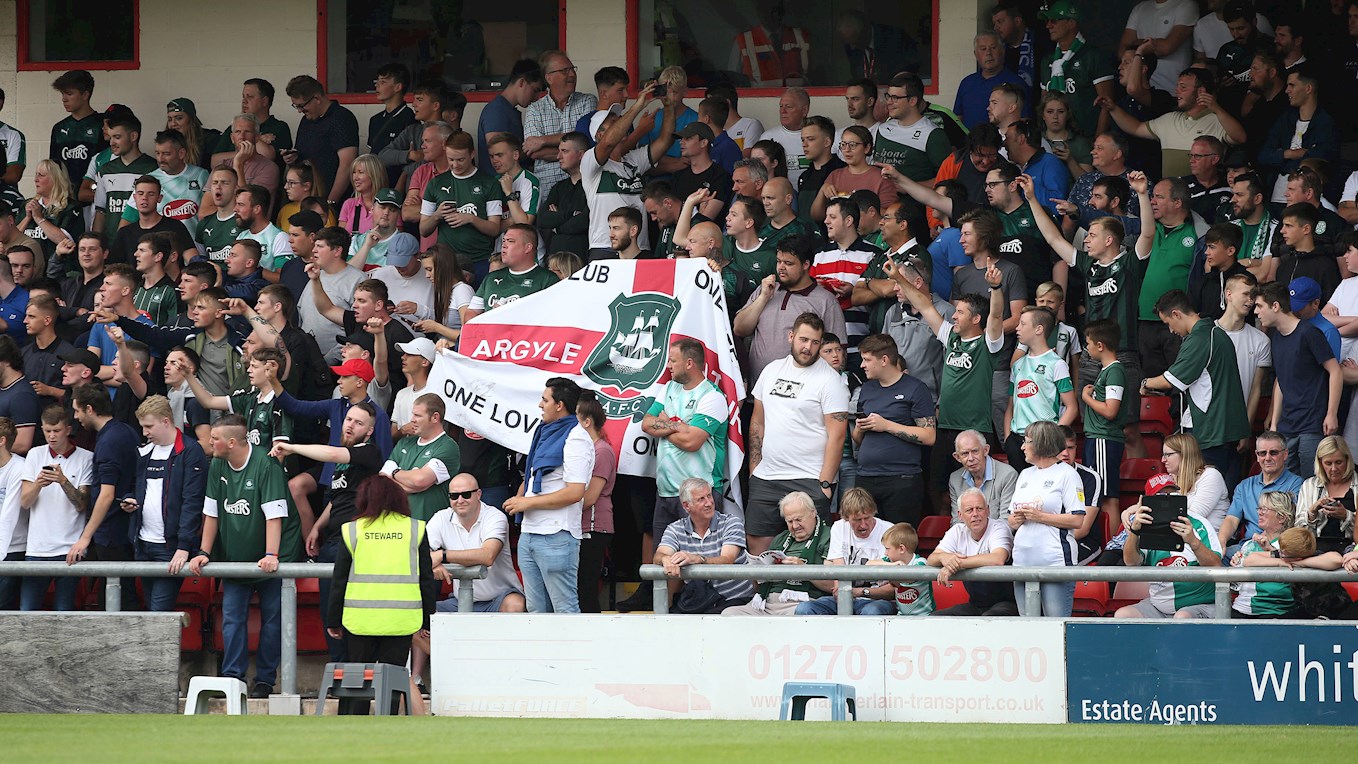 WE are again overwhelmed that so many of the Green Army will be behind us when Ryan Lowe and his unbeaten Pilgrims take to the field at Rodney Parade on Saturday.

Such was the clamour to see the Sky Bet League Two clash with Newport County that our full allocation of tickets was snapped up by club season-ticket holders and members within a week, before even going on general sale.

More than 1,000 Pilgrims will give full-throat to getting behind Ryan and the lads as they attempt to extend their winning start to the season. It should be some sight…and sound.

We enjoyed similar support from the Green Army on the opening day at Crewe, when we were all able to celebrate a fantastic performance and table-topping result together.

While the management and the team utterly appreciate every ounce of the noise and the passion of the Green Army, there are boundaries which should not be stepped over.

Some of those boundaries were crossed at the Alexandra Stadium. Possibly inadvertently, probably without malice, but crossed nonetheless.

This was noted by the match referee, who informed the Football Association, as he is obliged to. In turn, the FA have been in touch with us.

Therefore, on Saturday, and, indeed, for all our matches, we would ask you to be mindful of ground regulations, especially regarding entering the field of play.

We would also encourage you to show due respect to the host club’s staff.

What we will NEVER ask you to do is to curb your enthusiasm, tone down your passion, or stop getting behind Ryan and the boys from first whistle to last.