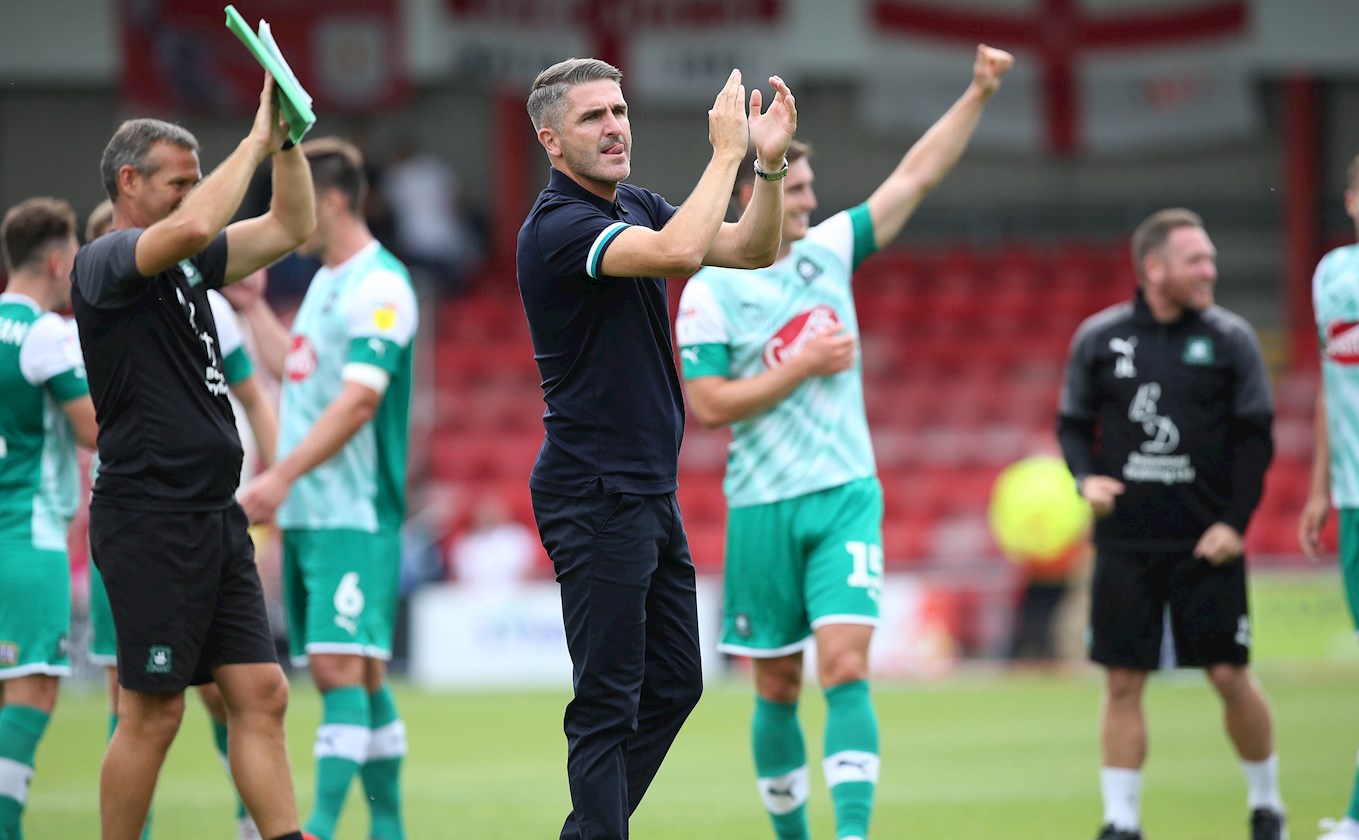 Team Behind the Team

WHILE Ryan Lowe has received a lot of the plaudits for the way he has handled his first few months in the Home Park hotseat, the Argyle manager is adamant that his coaching team are just as integral to the Pilgrims’ season.

Lowe, 40, was joined in Plymouth by his assistant manager Steven Schumacher, head of fitness and conditioning John Lucas, and head of data analysis, Jimmy Dickinson. These Bury imports teamed up with first-team coach Kevin Nancekivell and goalkeeping coach Rhys Wilmot, who remained at the club from the previous regime at Home Park.

“At the end of the day, it’s not just me and Steven, it’s Nance, Rhys, John and Jimmy. We speak on a daily basis, what we can do, how we’re going to do it. We put all of our cards on the table and we’ll mix it up and see what suits,” said Lowe.

“We’re quite open with each other. We challenge each other every day, we’re a quite relaxed group,” Lowe continued. “If there’s a small disagreement on stuff, we’ll make sure we put it right. The relationship with the team is very good.”

This is reflected in the way Lowe and his coaching staff meticulously prepare for each first-team game, leaving “no stone unturned” in the pursuit of three points.

“We prepare like there’s no end,” said Lowe. “We’re on the phone Saturday and Sunday, off Monday, and then start talking about Colchester, their result, looking at what they did and how they did it.

“We have someone at every game, we had someone at Colchester, Leyton Orient, we’ll have someone at Newport. And then we get all the DVD footage, break it down into areas – looking at what we want and where we think we can get something out of them.”

The coaching staff’s collaborative philosophy is one that Lowe wants to see extend to his players, too – with the manager indicating that he wants to see 11 leaders on the pitch.

“Just because Gaz Sawyer is the captain, it doesn’t mean we can’t have another 20 captains.”