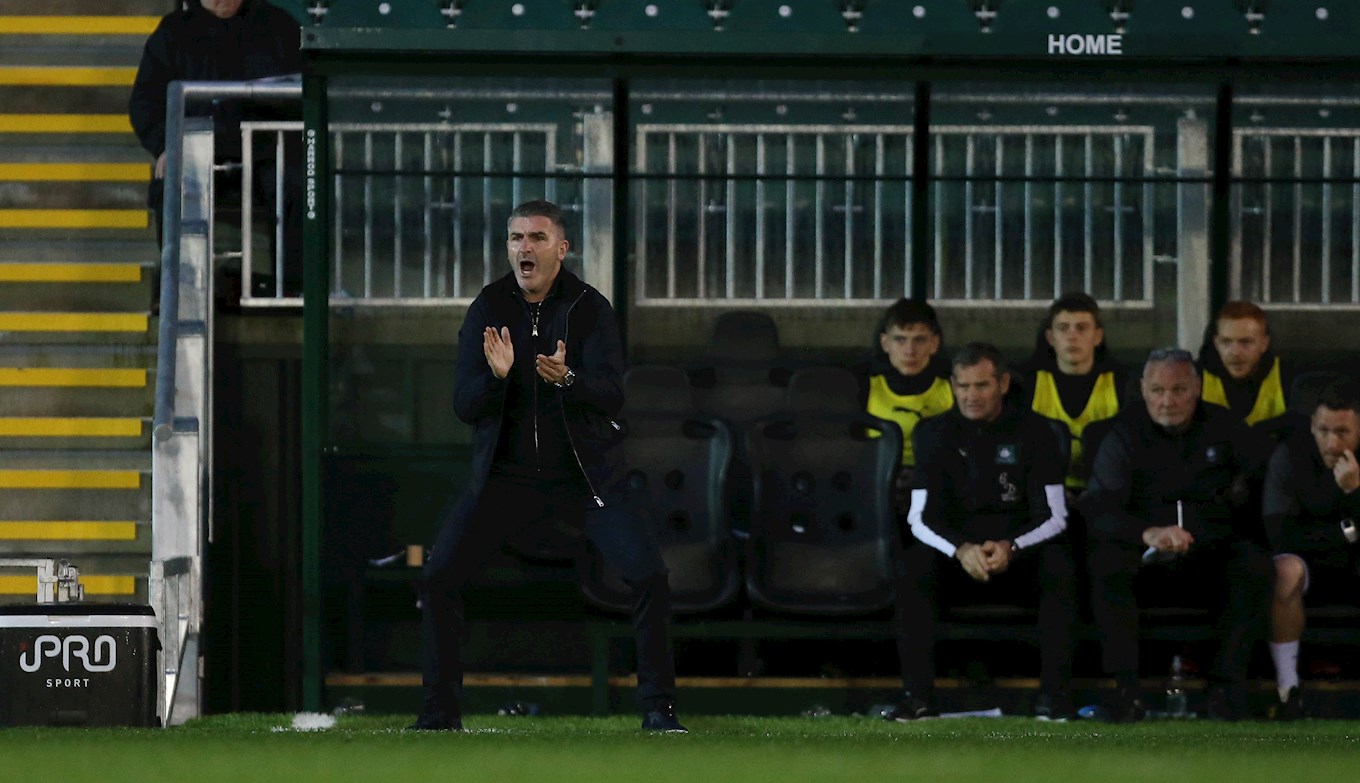 EVERY manager or coach in the professional game has, at one time or another, become embroiled in a touchline difference of opinion with their opposition counterparts.

Argyle manager Ryan Lowe had his moment in the 1-1 draw with Bristol Rovers last weekend, exchanging some forthright views with the Pirates’ assistant boss Joe Dunne.

The disagreement was quickly forgotten about and the two men shook hands after the game, as Argyle’s assistant manager Steven Schumacher explained the philosophy preferred by the Pilgrim coaches is to avoid such confrontations.

“It is something we speak about because we’ve always said, as a pair, we don’t see the benefit of having a go at the fourth official, because they very rarely change their mind,” said Schuey.

“We always try not to get involved in that. We’re young coaches and managers and there is too much happening in the game to get involved with fourth officials or opposition coaches.

“We try not to get involved but, as you saw on Sunday, it was a fiery game, a local derby and two passionate men in Joe and Ryan, both wanting to win.

“I think they’ve both come out and said they’re not proud of the language they used. They’ve apologised for that and, most importantly, they shook hands after the game and we went in for a drink with them afterwards.

“It happens up and down the country every week. There was a Bristol Rovers fan behind me, giving me loads of abuse all game for being a Scouser, and that’s not on video, but we do have to be mindful.”