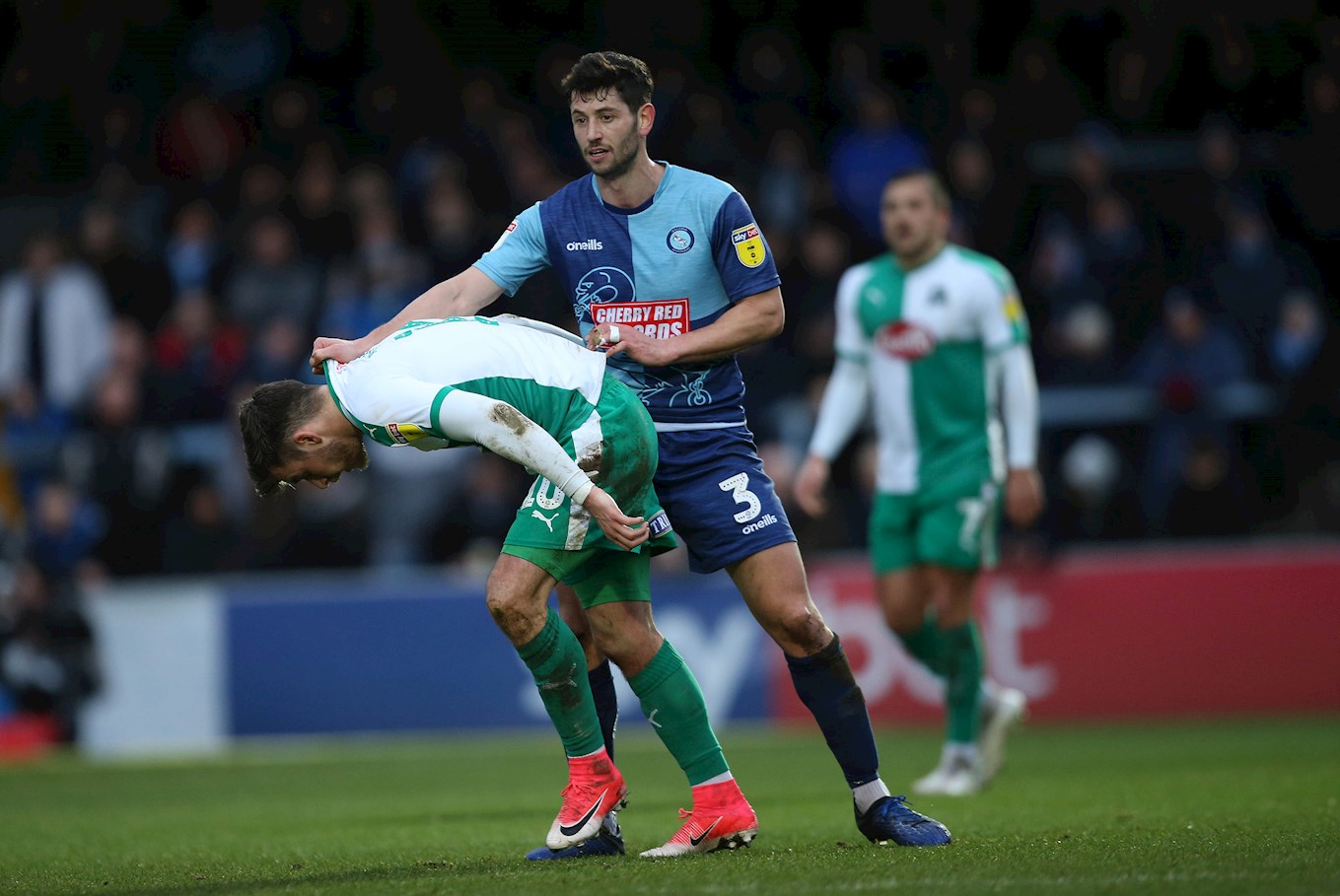 ARGYLE manager Derek Adams was left to reflect on what he felt was the ugly face of the Beautiful Game as the Pilgrims’ winning start to 2019 came to a frustrating end at Wycombe.

An own goal by defender Yann Songo’o midway through the first half gave the home side all three Sky Bet League One points in a 1-0 defeat which followed a run of four successive Argyle victories.

After the goal, the Pilgrims were exasperated by, not only Wycombe’s robust style of play, but also some arch gamesmanship that succeeded in preventing Argyle from gaining any sort of fluidity.

Derek said: “There was time-wasting for the majority of the afternoon and a lot of antics going on throughout the game. That stopped the flow of the game; that stopped my players being able to produce the kind of play that they can produce.

“People will tell me it’s about getting three points and winning football matches. I get all that, but it’s not the way that the Beautiful Game in England is supposed to be played and it certainly wasn’t the Beautiful Game that English football would like to be judged on.

“This is one of the worst I’ve seen, the amount of time-wasting that was involved. Terrible, really terrible.

“People tell me it’s an entertainment business. We haven’t see the ball in play a lot this afternoon; we have seen a lot of stoppages – that’s not why people come to see football.

“They come here to try to see opportunities on goal, good play and, unfortunately we were stopped doing that today for a variety of reasons.

“People can turn around and say that’s the way you win a football match. That is true but supporters are paying to watch an entertainment.

“Today is not what I want to see, the way that football should be played. It should be an entertainment business.

“We had 1,200 supporters here this afternoon and I would say that a majority of them would agree with me.”

Derek felt that referee Scott Oldham and his assistants could have helped the flow of the match, rather than simply add seven minutes on to the end of the second half to compensate for the copious breaks in play.

He said: “Today, there was a lot of time-wasting: you can’t have two medical staff taking their time getting off the pitch; you can’t have the goalkeeper going down as many times [as he did]; you can’t have him having the ball in his hands for over six seconds a good number of times.

“It just can’t be allowed and the officials have got to stop that. Today, Scott Oldham didn’t stop it – he allowed it to happen. The [players substituted] walked off the pitch and there was no urgency from the officials to get them off the pitch. That’s not right.

“Having injury-time does not matter – you have to stop the incidents happening. Stopping the flow of the game is the biggest problem. You can’t have the incidents that went on today spoiling a game of football which is supposed to be an entrainment business.

“It’s something that I don’t want to see happening in the Beautiful Game that football is, but that’s what happened."