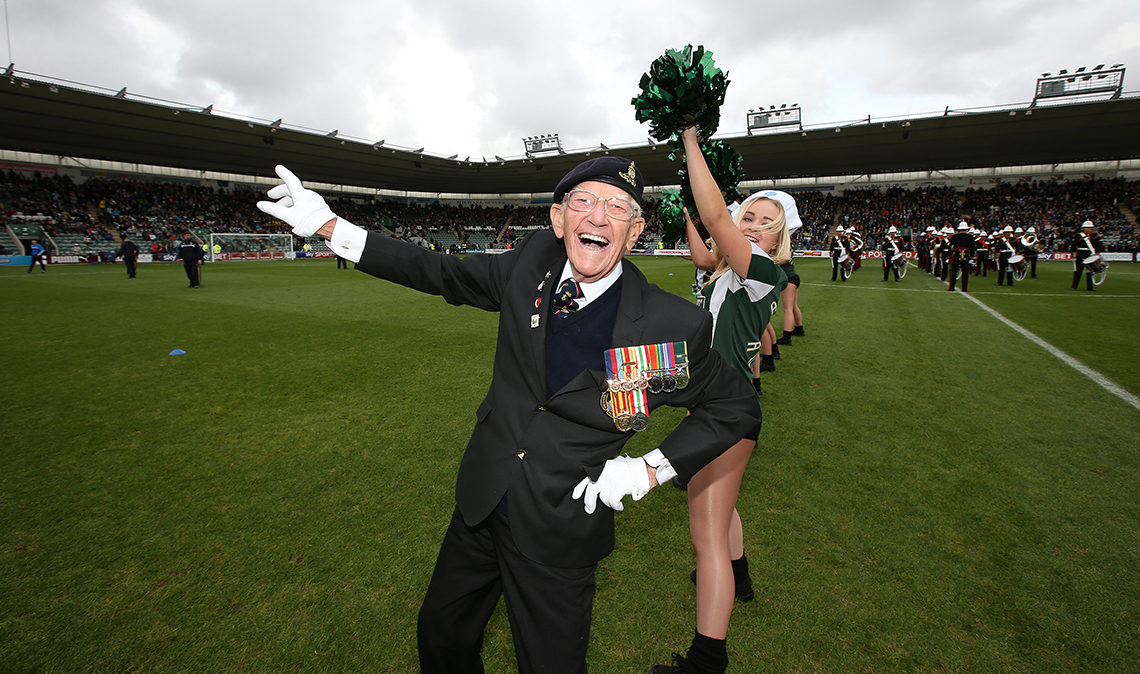 PLYMOUTH Argyle were greatly saddened to hear the news of the passing of supporter and World War Two veteran, Garth Wright at the age of 99.

Garth had a remarkable life, serving his country on various fronts across Europe and Africa before becoming a loyal Argyle supporter.

Originally from Holborn, near Tavistock, Garth joined the 51st regiment of the Royal Artillery aged 20 before being shipped over to fight in northern France.

Garth saw action in Lille as a gunner, before the German Blitzkrieg meant that he and the rest of his regiment were forced to a retreat from the famous beaches of Dunkirk.

Garth fought the rest of the war on several fronts, including seeing service in the battle of Monte Cassino, one of the bloodiest of the Second World War, with allied forces losing 55,000 men over the course of the battle.

At the end of the War, Garth lived in Crownhill, working on the buses, but found it hard to get to Argyle games. It wasn’t until he retired that Garth was able to dedicate more of his life to the Greens at a time when Peter Shilton was in charge.  Since then, he has been going on a regular basis, clocking up hundreds of games at Home Park.

Garth was known by many of his fellow fans as a keen bugler who could often be heard sounding the horn to rally the side from the grandstand, as well as commemorative events, such as Armed Forces Day.

Away from Home Park, Garth continued to commemorate his fallen friends at various events around Europe, doing so even up until the age of 94, when he travelled back to Italy to commemorate the 70th anniversary of the Monte Cassino battle.

Garth also revisited the beaches of Dunkirk and provided inspiration for the 2017 Christopher Nolan film ‘Dunkirk’ of which he was invited to the premiere, meeting Harry Styles and Prince Harry along the way.

In 2016, Garth was the first person to receive free membership from Argyle for his service in World War Two aged 96 years, showing his passion for the Greens never wavered.

A modest man who was an excellent servant to his country and a loyal supporter to the Green Army Garth will be fondly remembered at Argyle. All our thoughts and prayers go to his family and friends.

The Pilgrims will hope to mark Garth’s passing with an excellent performance when they face up against Walsall tomorrow night at Home Park in the Sky Bet League One.