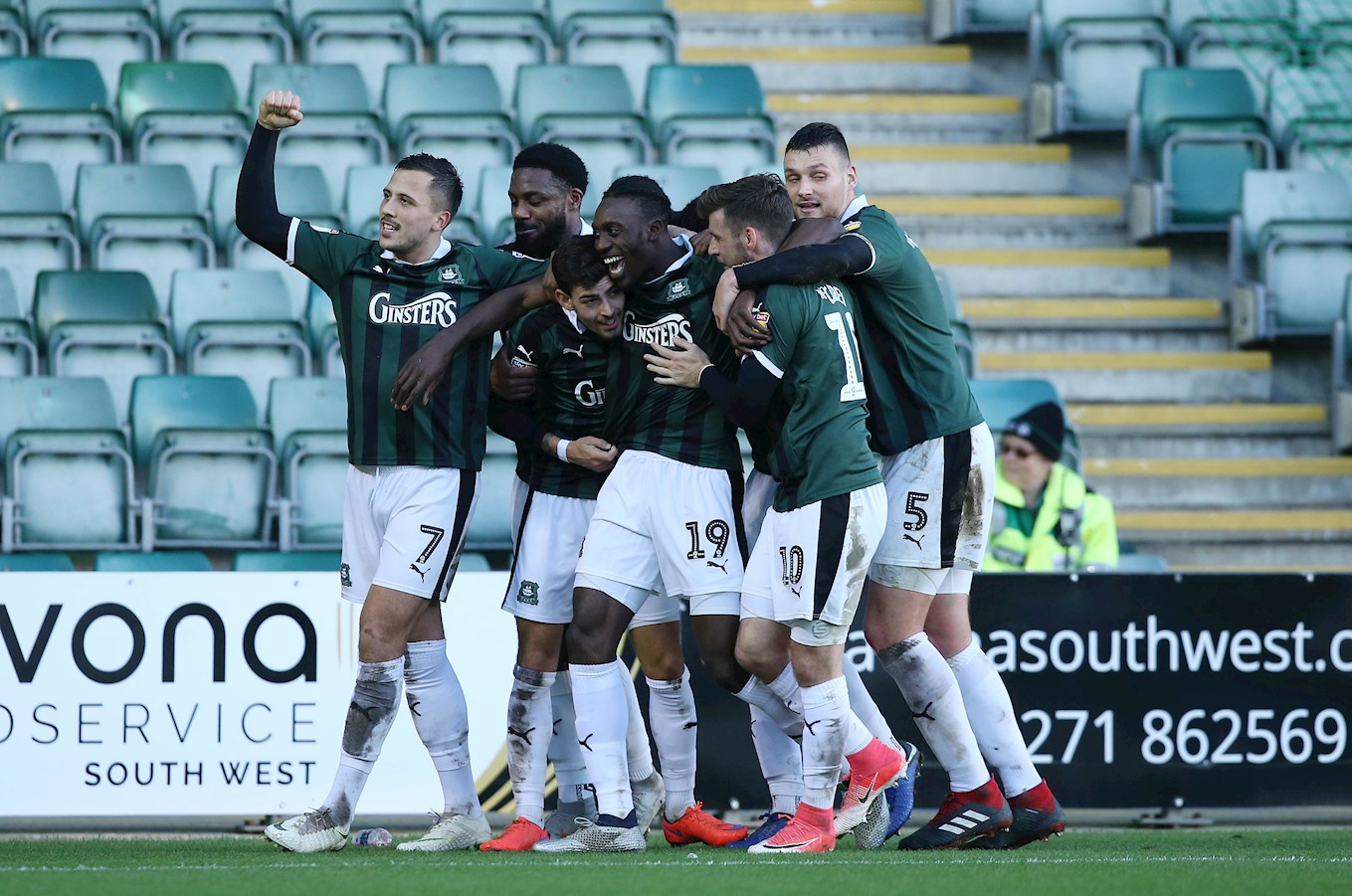 Green Army On Our Side

FOR every new player who walks through the Argyle door, the superb noise and atmosphere generated by a passionate Green Army is something they never forget.

The New Year’s Day win over Oxford in Sky Bet League One was the latest in a long list of terrific occasions at Home Park and defender Ryan Edwards is well aware of the need to keep the crowd in full voice for the challenges ahead.

It has been a tough first half to the campaign for the Pilgrims and Eddy, like every player, has had to accept the criticism that comes with disappointing results, but there is now genuine hope a corner can be turned with the Green Army playing a pivotal role.

“They were behind us [against Oxford] but also look at Burton and Wimbledon, they turn out in their numbers," he said. "We haven’t been in the best of form and I’ve come in for a lot stick myself, so have others. You can’t moan at that, you take it on the chin when you’re playing for a big club in front of 10,000 every week.

“It’s part of the game, you’re a man and take it. You have to show them what you can do because you’re playing for their club. It drives you on, especially in an atmosphere like [New Year’s Day].

“It comes to us getting them on our side, the likes of Ruben [Lameiras], [Graham] Carey and Freddie [Ladapo] pressing from the front, and us at the back winning headers and tackles.

“It gets the crowd behind us and managers from other teams point out the atmosphere at Home Park. We’ve got to make it an advantage by playing well.

“We know if we do our job, more and more will keep coming. We’re lucky enough when we are rock bottom and not performing well, that we keep getting the numbers because of how big the club is and we’ve got a better chance if we get them on our side.

“If I was sitting in that stand, seeing the quality of the players we’ve got and we’re bottom of the league, I’d want more. My dad comes to every game and he’s my biggest critic. He tells me I’ve got to be better and I know that.”

Along with the Green Army, Ruben Lameiras was the star of the New Year show, scoring two fine goals after Antoni Sarcevic had notched the opener.

The attacking trio of Lameiras, Graham Carey and Freddie Ladapo once again showed they have the ability to hurt teams, ably supported by a strong midfield. The biggest personal satisfaction for Eddy and his defensive comrades was keeping a clean sheet.

“He [Lameiras] is like that every day,” said Eddy. “He’s never short on confidence, he knows where he can go with his career and that’s a very good attitude to have. He can go anywhere he wants, he does it in training every day.

“Every time he is in the team, they don’t want to go near him because he can embarrass you. He’s going to get kicked and I think he’s got used to that because of how agile and sharp he is. He gets up and gets on with the game.

“They [Carey and Lameiras] are the two players you look at to pull a rabbit out of the hat. They can get you points by themselves and I know friends from other teams who have said, 'if you keep Carey and Lameiras quiet, you should be in for a quiet afternoon'.

“We’ve got others though, you’ve seen Joel [Grant] this season and there is a strength in depth. People can come in and do jobs but, if you can get them two firing, we’ll do well.

“We haven’t had enough of them this year [clean sheets], a lot of them down to individual mistakes and, hopefully now, we’ve done that many that we can’t give more away.

“If we stay solid, we know we can score goals going the other way. Let’s hope that continues.”