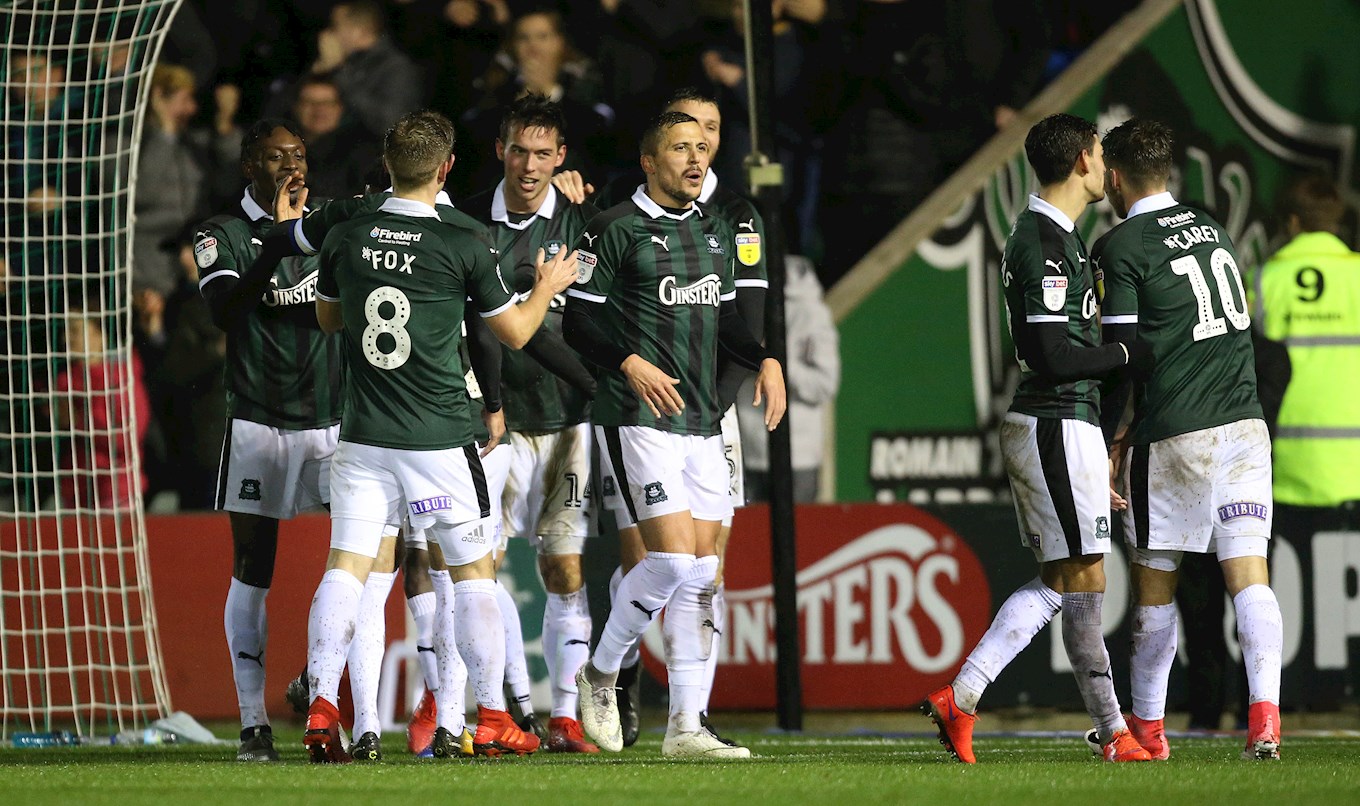 WHILE it was his prowess in the opposition box that secured all three points against Walsall on Tuesday night, Pilgrims’ match-winner Niall Canavan believes that finally discovering a settled defensive unit has been the true driving force behind the Greens’ recent revival.

“This is the first time we’ve really kept a settled back-four,” said Canavan. “It seems to be growing a good relationship between us all. We’ve had injury troubles and that’s not just me, it’s pretty much all of us.”

To call them merely ‘injury troubles’ is perhaps an understatement, with the Argyle squad losing key defensive players like Canavan himself, Ryan Edwards, Gary Sawyer, Joe Riley, Scott Wootton and Tafari Moore to injury during the first-half of the campaign. Fortunately, the worst seems to be behind the Greens, who have been able to select the same defensive unit so far in 2019.

“No-one goes out there looking to get injured,” said Niall. “In this day and age, everybody is professional enough, no-one is cutting corners or doing anything to cause these injuries – they’re just things that happen sometimes and it’s just part and parcel of the game.

“It’s good to have a settled back-four. That’s what every manager will tell you he wants, I’m sure. If we can keep picking up good results, that’ll breed confidence and the understanding will just grow and grow as we go on.

“We’ve got a good attacking unit in front of us, if we can do our job, we trust that they’ll go and stick one in the back of the net. I think that, at the minute, they trust us that we’ll give them that platform to go on and win the game for us.”

The most recent test of Argyle’s emerging back-four came in the form of Walsall’s Andy Cook, a player already into double-figures for the campaign, fresh off a hat-trick against Gillingham on the weekend. Despite Cook netting a consolation for his side, Niall felt that he and his colleagues dealt with the challenge successfully.

“We knew it was something that they’d look to do [deliver crosses to Cook], and I think he only got on the end of one or two,” said Niall. “Aside from his goal, which is disappointing from our point of view, I thought we handled him pretty well.

“He’s in good form, as well, scored a hat-trick at the weekend and would’ve been full of it. As a team, we were able to close him down, not let balls in the box and sustain that pressure.”

Next up for the Greens is a trip to Wycombe Wanderers on Saturday, January 26. For the first time this year, Argyle travel to a fixture outside of the relegation zone – which is a huge boon to a Pilgrims’ playing squad who feel they have a point to prove.

“It puts a different perspective on it [climbing out of the relegation zone],” said Niall. “You can feel that relief from the fans. It’s been important for us to do it – long may we continue this good run and hopefully get well away from the bottom.

“We know it’s a tight league. There’s not too much in it from eighth or ninth downwards. Sticking on a good run like this, the longer you can keep it going only keeps you moving one way. That’s what we’ve got to do, one peg at a time, just keep drawing them in and get ourselves up there.”