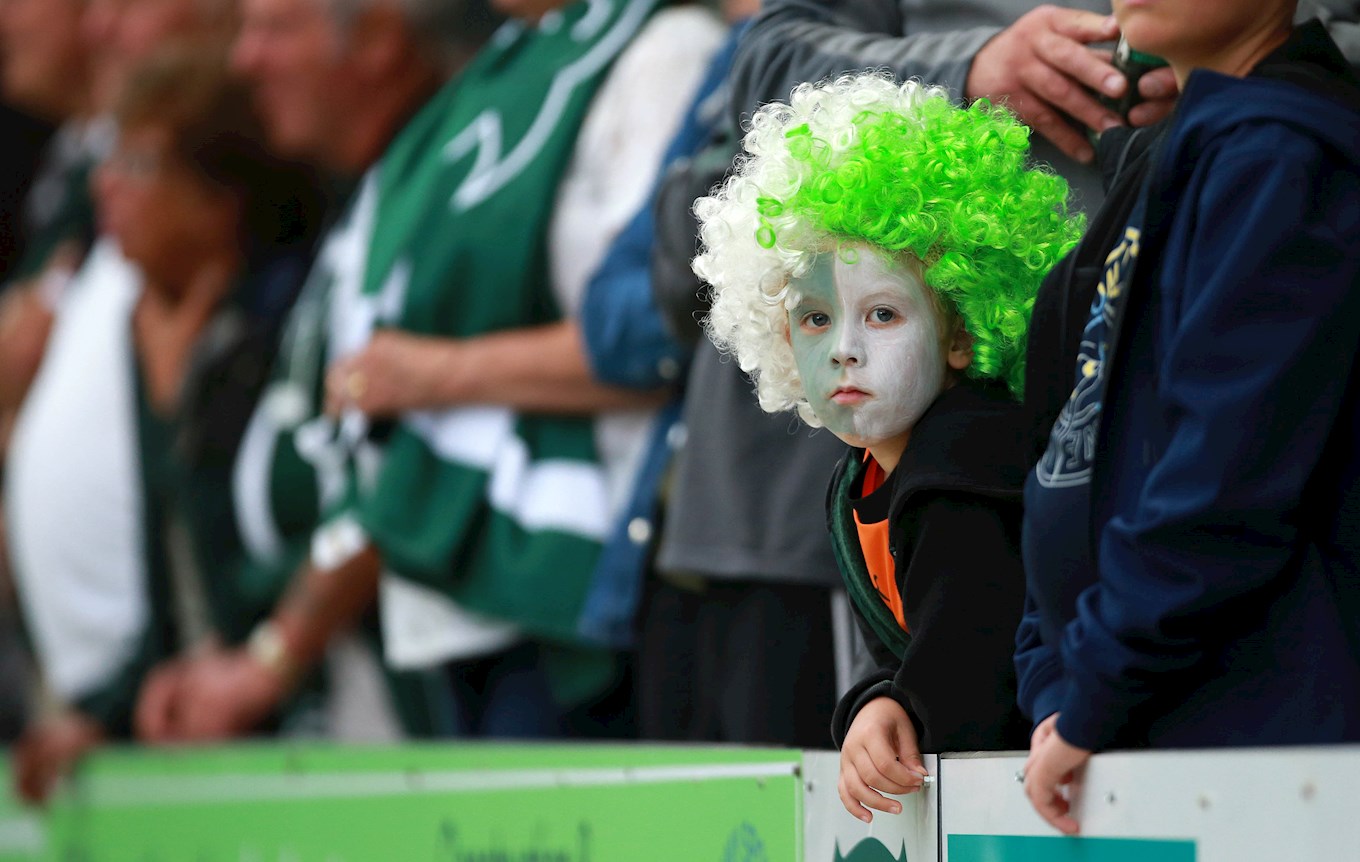 IN partnership with Argyle Fans’ Trust, we are delighted to reveal the results of the annual survey for the Green Army to give their view on all things Pilgrim.

As the Grandstand redevelopment process continues apace at Home Park, another big rebuilding project is also under way as manager Ryan Lowe, CEO Andrew Parkinson and owner Simon Hallett head up a brand-new Argyle management team that will be aiming to take the Pilgrims back to League One as soon as possible, with the constant and vital support of the Green Army.

The Close Season Survey is a very small cog in that rebuilding process, as it continues to provide the club with the largest independent source of supporter opinions on all things Argyle – and a close collaboration between the Argyle Fans’ Trust and the club in its construction this year has been matched by a fantastic level of participation from the fanbase.

970 respondents kindly provided their input on 87 questions, including some brand-new ones inserted by the club to test responses on key topics, and as ever, the Green Army had some important things to say about their experiences at Home Park and on the road with Argyle.

Relegation back into the fourth tier of English football and a painfully protracted process to appoint Ryan Lowe as the new Argyle manager has thankfully not dented the boundless enthusiasm of the Green Army, with 75% of all respondents in this year’s survey expecting to see Argyle win outright promotion (37%) or finish in the play-off spots (38%) by the end of the forthcoming EFL League Two campaign.

82% of all respondents said that they were “optimistic about the future of the club” and 64% agreed that they felt that “they know where the club is headed”.

The greatest area of dissatisfaction for the Green Army, unsurprisingly, came in their assessment of last season’s first team management and of the team itself.

The 2017-18 season saw Derek Adams and his management team earn 98% approval, rating as “good” or “very good”. That score plummeted to just 5% last season, whilst the first team score also sank from 98% to less than 4%.

By far, this was the greatest shift of opinion ever recorded in more than a decade of Close Season Surveys and it reflected the sea change in supporter response to Derek Adams and his tactics as the season wore on.

But that difficult period has now passed into history and there has been a notable increase in enthusiasm amongst Argyle supporters, with a 7% increase amongst those intending to go to more matches in the 2019/2020 season.

Off-field, there are continued signs of improvement in many areas, although some enduring problems persist as well.

But the scores for Argyle's communication and marketing teams aren't quite as high, with 42% (up 5%) approving of the club’s marketing and 39% (down 3%) commending the dispatches to the fan base. These scores remain stubbornly low, in spite of the club’s best efforts to engage more with the fanbase.

63% (up 7%) are satisfied with the club’s official website, although its social media accounts score lower at 42% approval, the same as last year.

There is a second year-on-year improvement in the approval ratings for the stewarding team, increasing from 35% to 37%, but there is also a hardening on the negative scores, with a 5% increase in those who were “very dissatisfied” with the performance of the hi-viz staff, perhaps from supporters based in Block 14 or thereabouts.

Getting a pint and a pasty at Home Park continues to be a source of great irritation, with 49% (down 3%) stating they were unhappy with the quality of the offering and only 20% (up 3%) indicating they’d received satisfactory service. 53% of respondents think it takes too long to get served, 7% less than the number complaining about that last year.

There is still strong support for occasional ticket offers to boost attendance, with a healthy 76% firmly approving of these promotions and only 7% saying that they’re unhappy about the idea – this remains pretty consistent over the years. Most Argyle supporters understand the benefit of attracting new or lapsed fans back to Home Park in this way.

A huge majority are in favour of “Safe Standing” with 77% supporting the concept, while 72% agree that having an Argyle women’s team is important.

When asked more subjective questions, there are some interesting results.

Asked "how valued you felt" by the club, the average score dipped slightly to 6.3 out of ten (down from 6.52), while just under 8 in 10 said that they would recommend Argyle to their friends and family (down from 8.19).

85% of all respondents also agreed that Argyle is an “important part of what Plymouth is about”, something that may hopefully be reflected in the club’s potential role in the forthcoming Mayflower 2020 celebrations.

The age-old debate over the shade of green to be used on Argyle shirts has shifted a little in favour of the darker shades of green this year (54%), with support for the lighter green shades dropping by 7%.

A new question, asking where supporter-led voluntary funding might be directed, showed a clear preference to support the Academy (42%), with the establishment of a new Fan Zone attracting 20% of all respondents.

As in past years, the two most well-known supporters’ groups are the Argyle Fans Trust and the Green Taverners, with consistently high levels of awareness and name recognition (93% for the AFT and 95% for the GT’s). The regional supporters’ branches are known to 73% of all respondents, while the Senior Greens hit 87% on this measure and the Argyle Community Trust score 89%, but the Vice Presidents is known only to 54% of participants.

Finally, in this fast moving, socially interactive, shiny and modern world, some old traditions still keep their place. Just under two thirds want Semper Fidelis to be played in full as the teams come out, with just over a fifth saying an edited version is acceptable and 10% who say that it isn’t important to them.

91% of respondents were male, fairly evenly spread amongst the age groups, 45% aged between 46-65, with greater participation from the 16-35 age range (10% up), 72% are married or living with a partner, with just under a quarter having children at home.