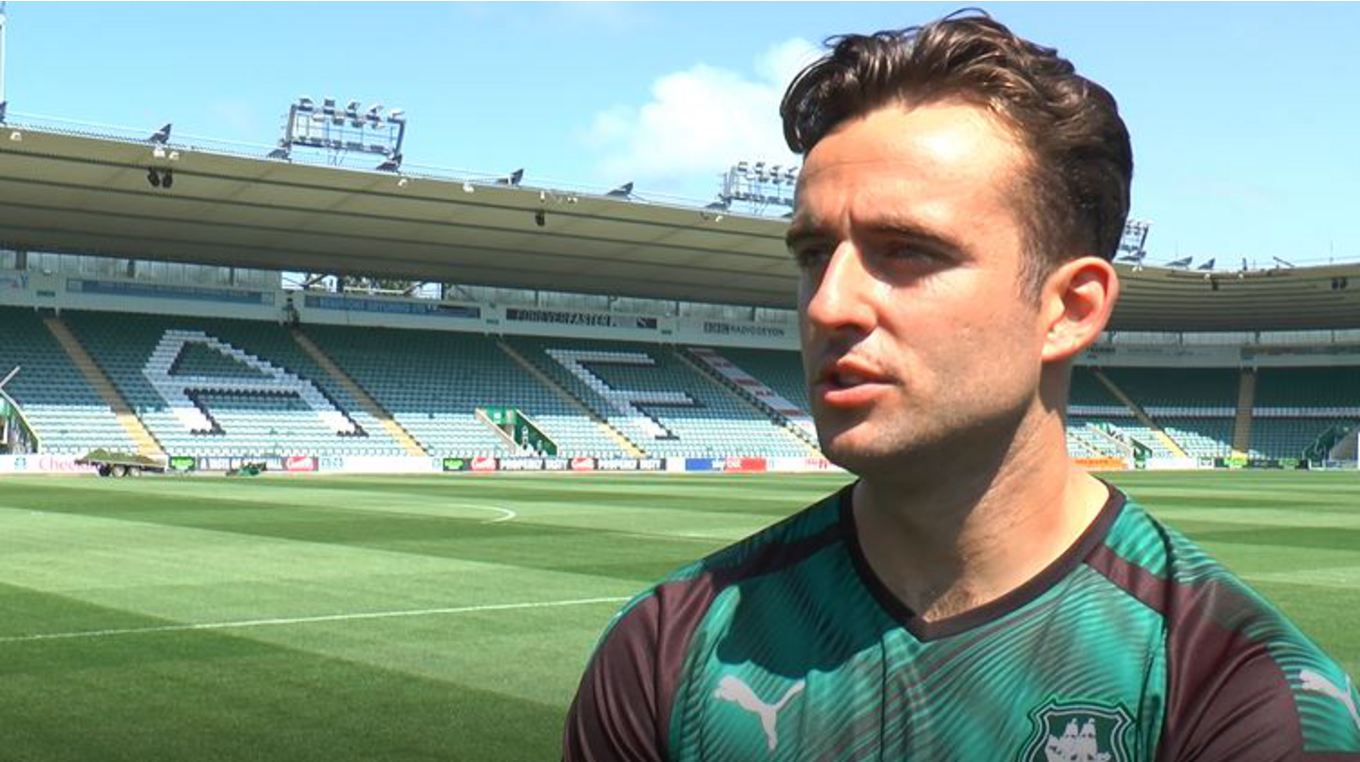 NEW signing Jose Baxter feels he is yet to fulfil his undoubted potential as a professional footballer, and he is determined to put that right at Home Park.

Baxter, 27, was unveiled as an Argyle player at the end of a well-attended open training session at the Theatre of Greens on Thursday, putting pen to paper on an initial six-month deal.

“Exciting times,” said the attack-minded player. “Obviously, Argyle is a huge club and I’m excited to get started.”

Baxter has spent periods of pre-season training with a number of clubs following his release from fellow Sky Bet League Two outfit Oldham Athletic. When he heard about the interest from Lowe and Argyle, though, he felt it was an opportunity he could not turn down.

“I heard a couple of rumours, so my management and agent got in touch with the gaffer [Ryan Lowe] and he came and met me for a coffee on the Tuesday night back in Liverpool.”

“As I said before, I didn’t really take much persuading. I know how big of a club Argyle is and I obviously know how good the football the gaffer plays is.”

Baxter’s career has not necessarily taken the path it looked destined to when he became Everton’s youngest ever first-team player at the age of 16. The forward, who also played for Sheffield United, would be the first to admit that he has made mistakes. Now, though, he is at peace with himself, and ready to prove a point to those who doubt him.

“Obviously I came on the scene at a young age with all these expectations, I’m still getting over my little dip,” said Baxter. “Last year [at Oldham] I didn’t really hit the form I would have liked. I’m hoping that, at this huge club, I can put that right.”