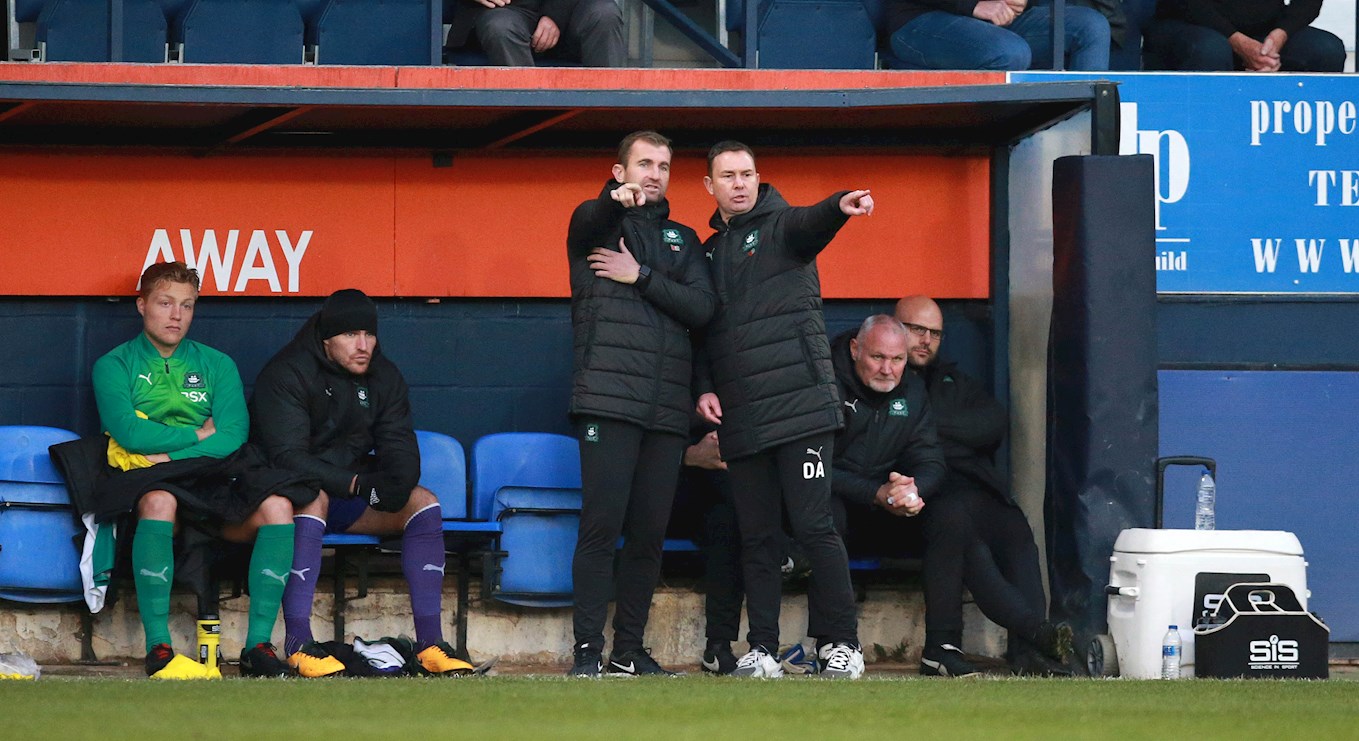 MANAGER Derek Adams is looking forward to having his backroom staff bolstered through the acquisition of a new Head of Recruitment.

Argyle have been without a Chief Scout since the departure of Greg Strong earlier in the campaign, and while this role will fill that absence, it will also add an additional level of support for the manager in terms of player acquisition.

“The role’s going to change, we’re looking for a Head of Recruitment to come in and do a wee bit more than be a Chief Scout – to oversee the recruitment side of the first-team and the reserves, and really set down a marker about taking in players for next season,” said Derek. “One that we’d like to try and get is someone experienced in knowing the leagues and getting good players into other teams.”

While the Pilgrims cannot necessarily compete with every club at Sky Bet League One level in terms of ever-rising player wages and transfer fees, it adds an extra impetus for the recruitment staff to acquire players with significant potential, developing players internally in the process.

“Over the last number of years, it is difficult, more and more so, because you need assistance,” said Derek. “Greg Strong was the Chief Scout, but he was going to matches to watch the opposition, while we were trying to get players in at the same time, which we’re looking to change.”

The change in system will allow the new Head of Recruitment to focus solely on talent identification and player acquisition, while Derek, and his first-team coaches, focus on scouting of upcoming opposition and tactics – aided heavily by the development of software and video analysis, which often means you don’t need to physically attend games to do your homework on upcoming opponents.