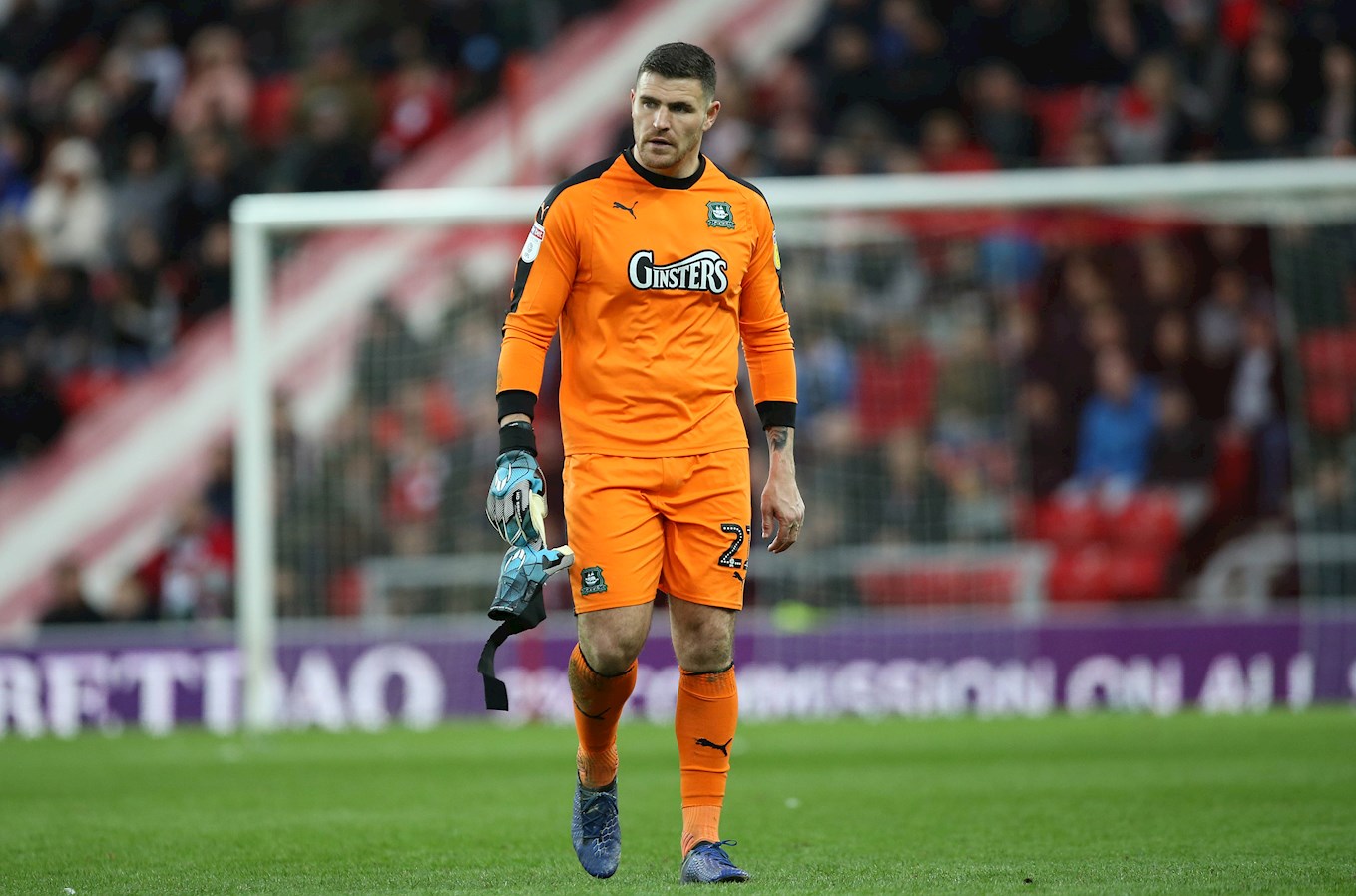 The home side took the lead after half an hour, when Lee Cattermole beat Kyle Letheren to fire home Lewis Morgan’s pass.

Kyle later limped off, so Arsenal loanee Matt Macey was between the posts when Black Cats’ skipper George Honeyman completed the win three minutes from full-time.

Prior to being substituted, Kyle had again been in good form, especially in thwarting Aiden McGeady and Will Grigg.

“He didn’t have a lot to do today,” said Argyle manager Derek Adams. “He made a couple of good saves. I don’t know how many shots on target Sunderland had but it wasn’t double-figures, which is quite surprising when you come here.

“He’s got a groin problem and he’s obviously struggling so we had to change him with Matt Macey. We’ll have to assess him. He obviously felt it.”

Neither custodian was held culpable by the manger for conceding.

Derek said: “We should have done better at the goals. For the second one, we have allowed the cross to come in very easily and we’ve had one, probably two, opportunities to clear the ball when it’s come across the penalty spot.”

Derek had made one change to the starting line-up, replacing suspended Antoni Sarcevic with Oscar Threlkeld, who was making his 99th Argyle appearance.

“He had a good game, worked hard, and he got 90 minutes,” said Derek, “but we don’t have anybody who stood out today.”

Freddie Ladapo passed muster to lead the Pilgrims’ attack, and, although he did not create much of an impact, Derek was sure that was nothing to do with an injury which prevented him training early in the week.

He said: “It’s probably two-sided: we didn’t find him and he maybe didn’t make the runs for our people. That happens in the game, it wasn’t an easy one for strikers.”