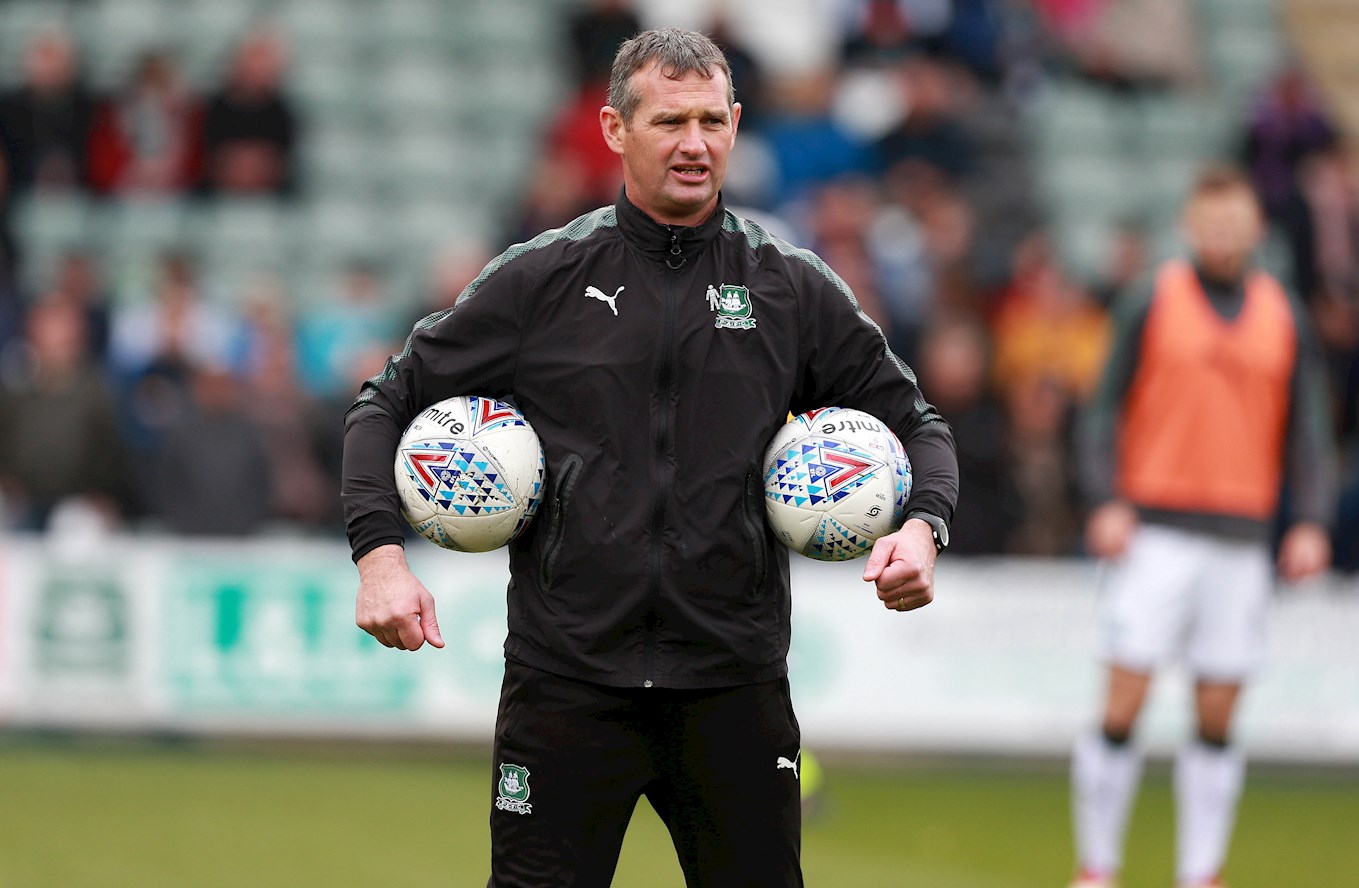 FIRST-TEAM coach Kevin Nancekivell is not prepared to look beyond this Saturday’s massive game in Sky Bet League One against Scunthorpe United at Home Park.

Kevin has been entrusted with preparing the side for the final game and, while our fate is not in our own hands, one thing we can control is winning the game. As far as Nancekivell is concerned, that is the only thing that matters.

He said: “We have been training as normal and tried to keep the boys in the right frame of mind.  What’s gone on in the past is gone, we can’t get that back. What we can do is something about Saturday, the boys are in a positive frame of mind. I’m expecting them to come out all guns blazing on Saturday.”

To be expected during Nancekivell’s first press conference, he was asked whether or not he would like to be considered for the job full-time. He refuted any such notion and reiterated that only one thing matters this Saturday evening: winning.

“No no, not at all [I’m not hoping I’m the manager], I’m the coach and enjoy being the coach,” said Nance. “I’m proud to work for the club and I’ll do whatever I’m told.

“We have to put that to one side and concentrate on what we’re doing, get through the weekend and hopefully everything takes care of itself after that.”

Nance admitted there was hurt among the Home Park staff after Derek Adams and Paul Wotton left their roles, and while he is sorry to hear of the news, his focus remains on football.

“It was a shock,” he said. “With one game to go, it was always going to be a shock. Football has been like that for a number of years now, but it’s still a shock, it was a sad day.

“We have a chance to put that right at half-past five on Saturday. I have no doubts that when kick-off comes, the players will come out of that tunnel, they will be raring to go, and they will be fine.”