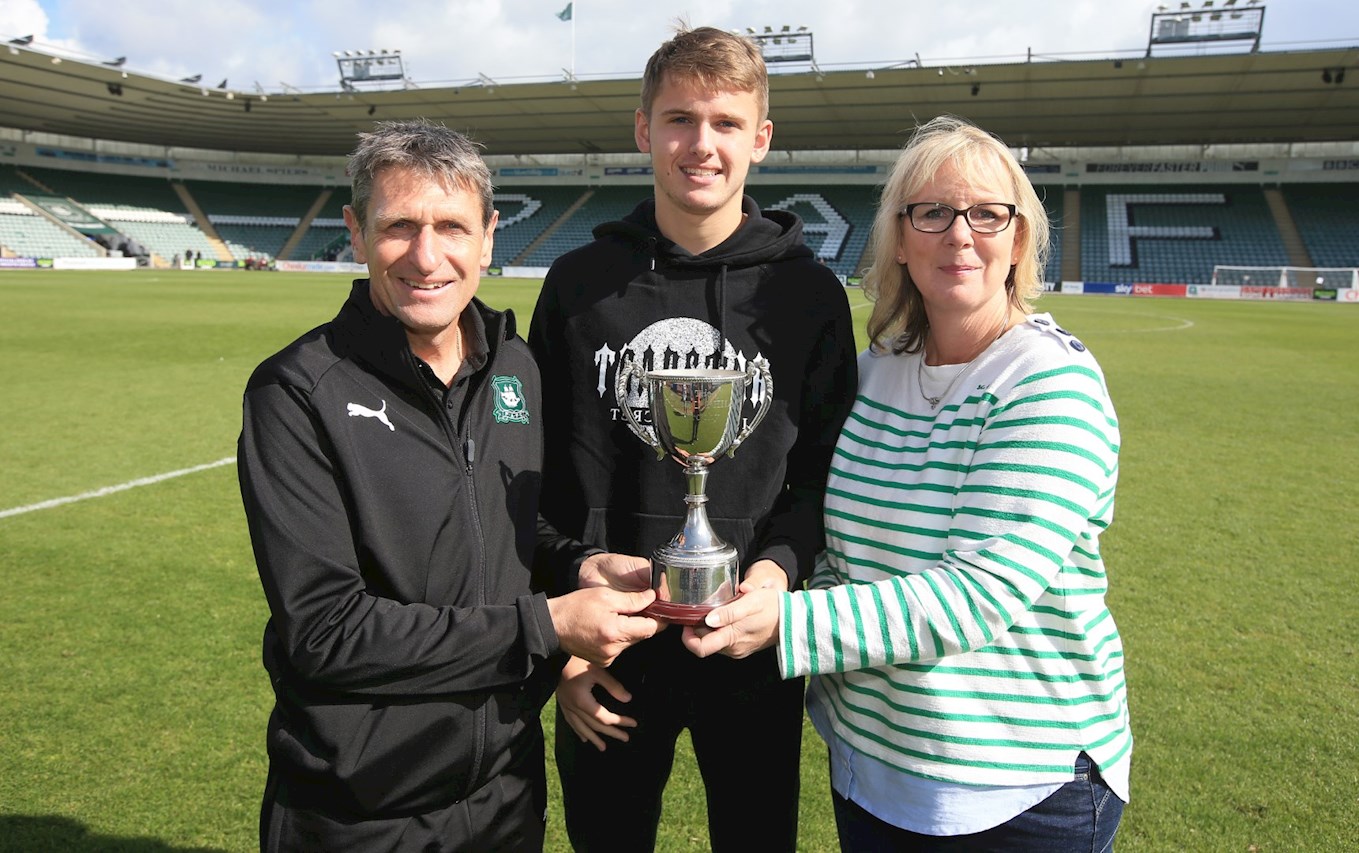 TOM Purrington has become the second member of his family to win the Pilgrims’ Richard Phillips Apprentice of the Year trophy.

Following in the footsteps of brother Ben, who won the award in 2013-14, Tom’s successful season, in which he made his first-team debut in the Checkatrade Trophy, and was a mainstay in the Greens’ Central League side, saw him offered his first professional deal earlier this week.

“It’s brilliant. I’m over the moon with that [earning his first professional deal], and I’m just looking forward to next season really,” said Tom.

“Quite a few years back my brother won this award, it’s a really good feeling to be on the same list as him, along with all the other players. There’s quite a few big names there, they’ve got on to do quite well for themselves, so it means a lot.”

Many of the academy graduates to have won the Richard Phillips trophy, named in honour of the late youth-team supporter, have gone on to forge successful professional careers. Alongside Purrington’s brother, star names also feature Joe Mason, whose career highlights include a goal in a League Cup final against Liverpool, and former Pilgrims’ skipper Curtis Nelson.

“I think that over the last couple of years I’ve come on quite a bit,” said Tom. “I’ve really enjoyed it, I had a chance to train with the first-team, made my debut, so overall it’s been a very successful season in my opinion.”

Having crossed the threshold from Academy prospect to professional footballer, the experience has allowed Tom, who believes his best position is centre midfield, to reflect on a memorable apprenticeship period under Academy Director Kevin Hodges, but what was his stand-out moment?

“That’s hard, I’d probably have to say between the Man City game, where we beat them in the Youth Cup on penalties - and making my debut [at Newport in the Checkatrade Trophy] has got to be up there as well,” he said.

On hand to present the award, alongside Academy Director Kevin Hodges, was Bev Pocock, daughter of the late Richard Phillips. According to Bev, the award in Richard’s name brings her family a huge sense of pride.

“It just makes me so proud that my dad’s name is still going strong,” said Bev. “They’re looking after the apprentices and hopefully come through and do great things.

“There was a committee, and my dad used to be part of the committee and they used to look after the boys,” continued Bev. “My dad bought them computers, did a lot of work for them and just generally looked out for them.”

What would it mean to Richard, if he knew the apprentices’ trophy was named in his honour?

“He would cry!” Joked Bev. “He was a very emotional man, but he would be so chuffed that this is his legacy. I am so proud, because it’s youngsters, it’s just nice to see them coming through.”