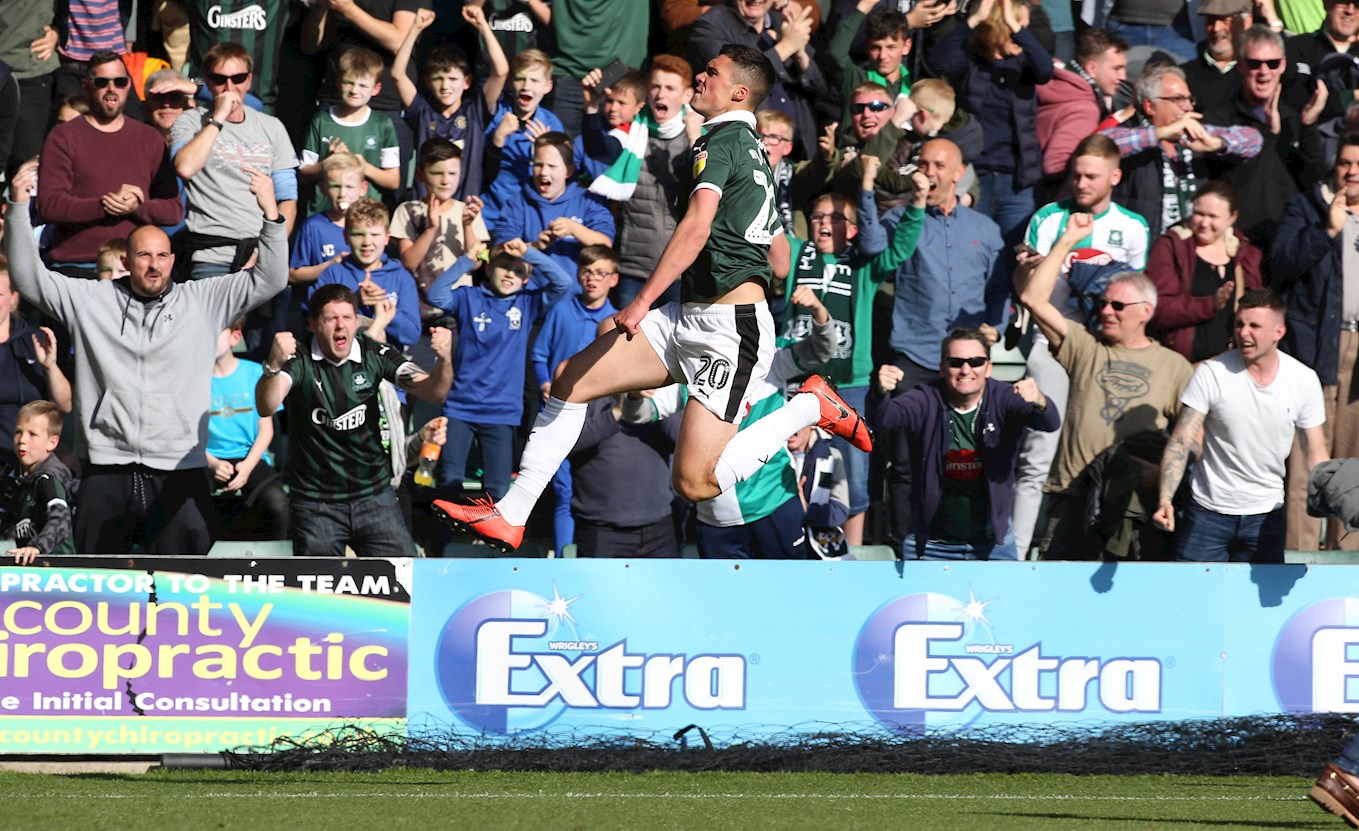 We Will Come Again

DESPITE the Pilgrims’ relegation to Sky Bet League Two on Saturday, first-team coach Kevin Nancekivell is backing the football club to come back stronger.

The Greens won their end-of-season encounter with Scunthorpe 3-2, but it was not enough to stave off relegation, due to Southend’s last-gasp winning goal over Sunderland.

“It’s a huge setback, there’s no point in me saying it’s not,” said Nancekivell. “We’ve fought so hard to get back to League One after the dark days of administration, and second season back up we’ve failed to stay there.

“We go back to League Two, it is a massive setback, but, the fans are superb, they’ll stay with us, the new grandstand is coming back up. We’ve got to dust ourselves down and come back stronger.”

Nance also acknowledged the fans’ disappointment, on a day where everyone associated with the club was left mournful.

“Of course they’re hurting, they travel thousands of miles all season and pay good money to watch us play, and we haven’t done enough to reward them with another season in League One,” said Argyle’s first-team coach. “Knowing them, they’ll stick with us, and after a period of mourning we have to dust ourselves down. A new manager has got a lot to be excited about at this football club.”

Nancekivell believes, once the dust has settled and a new manager is appointed, the football club is in good shape to mount a strong response and attempt to climb the leagues once again.

“We’ve had bigger setbacks. The last seven or eight years we’ve had real heartbreak with administration, etc,” said Nancekivell. “We’ve come back from that; we’ve come back strong. There’s no doubt we’ll come back stronger again next season, and the seasons beyond that. The new grandstand is going up, so there’s lots to be positive about once we’ve got over this disappointment.

“The board of directors and the chairman will pursue a new manager, which is the right thing to do, and the club will come again.”