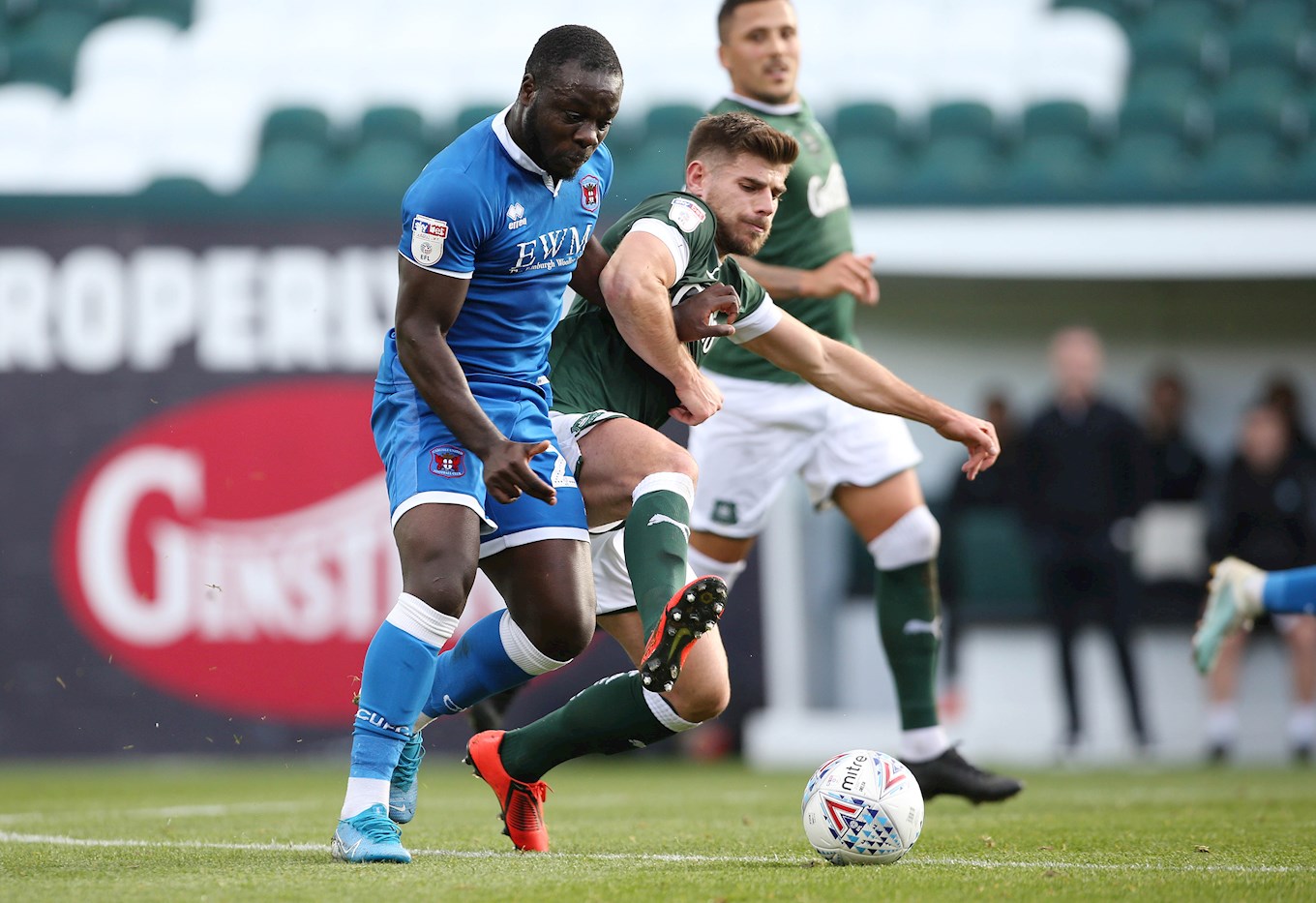 ARGYLE wide-man Callum McFadzean feels he has embedded himself into his new side well and his relationships with his team-mates is improving in each game as the Pilgrims return to home soil to face Grimsby in Sky Bet League Two on Saturday.

Callum highlighted the importance of keeping the same back-line week in week out but picked out the left-sided partnership he has with the skipper, Gary Sawyer, who feels their understanding is strengthening all the time.

He said: ”Me and Gaz are still building a relationship together and I feel it is getting better and better  with every game. We are understanding each other. I think the more you play with the same player, that helps massively.”

Of course, one of perhaps the strongest relationships among Ryan Lowe’s ranks is a reunion between Fadz and winger Danny Mayor, who both played under the manager for Bury last season. The duo were a major asset down the left flank for the Shakers and they seem to have continued in the same vein at Argyle.

While Mayor has sat out the previous games, Fadz feels he has that same understanding with Mayor’s replacement, on loan-midfielder George Cooper. For the defender, he is unfazed by who plays ahead of him on the left side.

“Danny is a great player and George is a great player, for me it’s no different.” He said. “I get up the pitch and get in the areas to support. I give them an option, if they don’t want to use me, they don’t use me. I play the same game, there’ just a different player in that position, that’s it.”