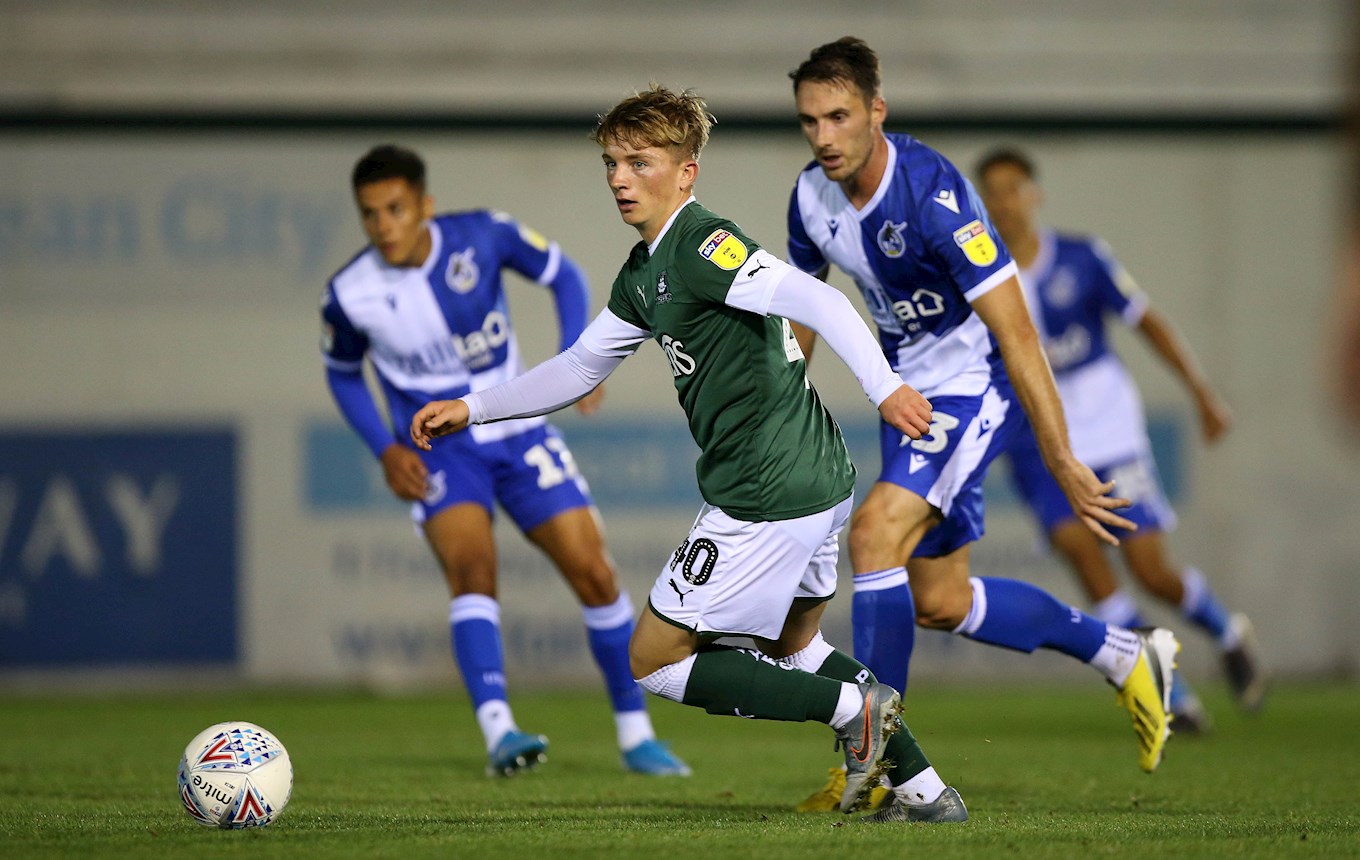 ARGYLE Manager Ryan Lowe is delighted that his side managed to come from behind to defeat a difficult Bristol Rovers side on penalties after the Leasing.com Trophy fixture finished 1-1.

Rovers took the lead in the first half after an uncharacteristic Alex Palmer error allowed Tom Nichols to fire home from close range. Lowe stated that: “Alex has got to do better, he knows that, it’s not one for a blame culture – I’m not going to sit here and slag him off, he’s been outstanding for us.”

The Greens weren’t behind for long and soon made it 1-1 thanks to Byron Moore’s first goal as a Pilgrim – pouncing on an Antoni Sarcevic shot that rebounded off the post to turn the ball into the net.

Although the game was ultimately decided by penalties, Lowe was more than pleased with his team’s performance as a whole: “When you play like that, you’re calm and composed on the ball and playing out from the back and the way we want to play, then you get your rewards because you find yourself at the top half of the pitch creating some chances,” said Ryan.

“Team-wise and individually, I think there were some great performances and the way we played. I think you’ve seen that we’ve done it, whoever’s in the team, that’s the way we have to play.”

On the shoot-out, Lowe was happy that his side managed to score all five. “We’ve practiced them, we knew it could go to penalties and we knew we needed to be ready for them,” he said.

“We felt we picked the right five to go first but you shouldn’t really miss a penalty should you, it’s only 12 yards out, so you should at least make the ‘keeper work.”