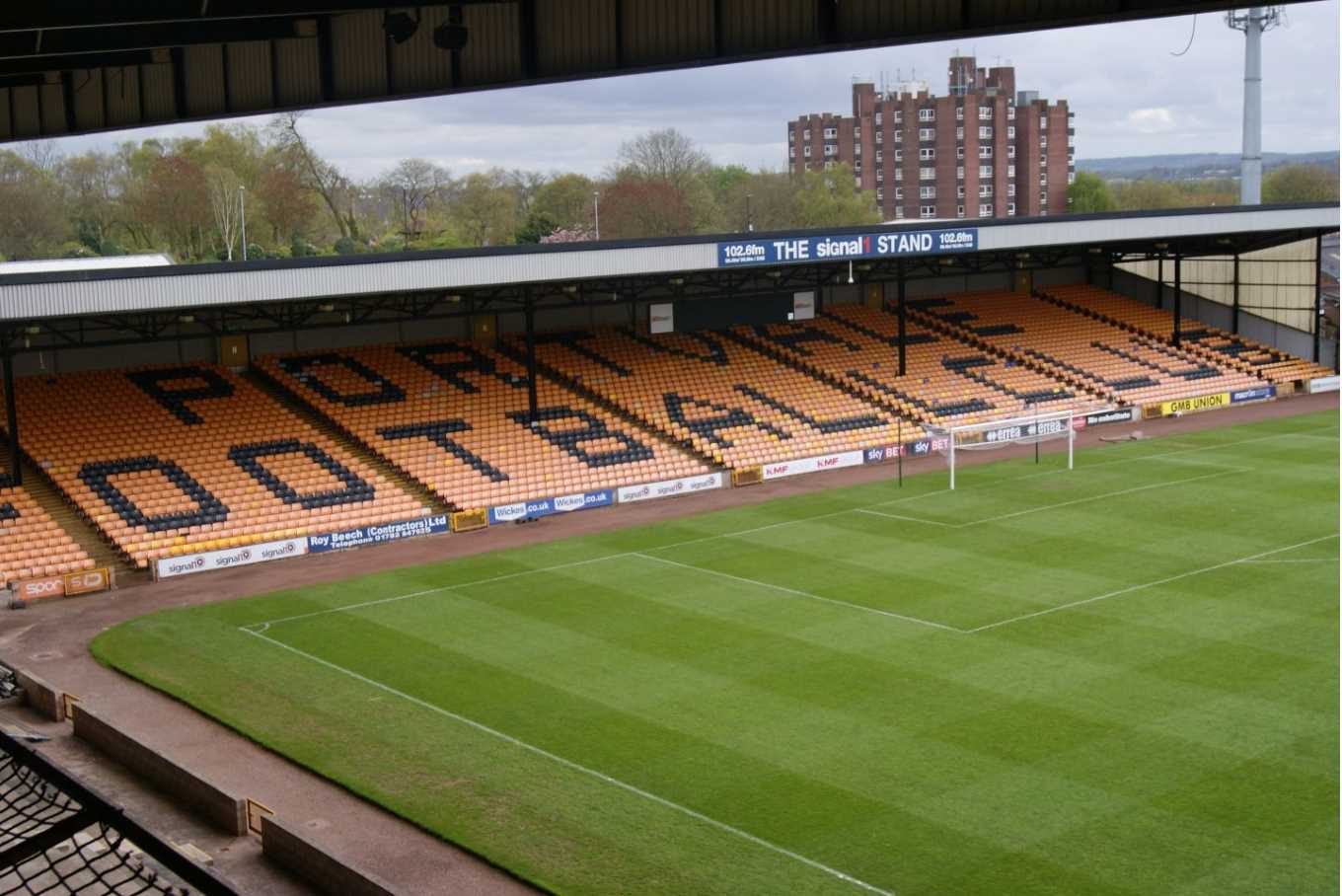 BOASTING an impressive total capacity of over 19,000, Vale Park is the home of Port Vale. Travelling from our home, Home Park, it is a 488 mile-round trip, which takes around four hours by car, both ways.

There is a mixture of old and new stands. The Lorne Street Stand has a capacity of around 5,000 and is a two-tiered affair but is yet to have its work completed. This is where the row of executive boxes are situated as well. On the opposite side, you have the Railway Stand, which was opened in 1954. Although it has supporting pillars obstructing some of the view, the stand is fully covered.

The two end stands are called the Hamil Road End and the Bycars Road End. Visiting supporters are housed in the Hamil Road End, which accommodates up to 4,500 fans. With cheap refreshments available at the kiosk and good facilities behind the stand as well, Port Vale away is always deemed a good away day.

Port Vale, also known as The Valiants, finished 20th in League Two in the 2018-19 season, narrowly missing the relegation zone.

Boomer is the club mascot for Port Vale, a black and white dog, and the club colours are also black and white, predominantly, and from 2014 onwards, they have incorporated a hint of yellow in as well.

Outside of the away end, there is a bar called the “Vale Social”. It normally admits away fans at £2 per head, with the exception of over 60s and under 18s, who can get in for free. Otherwise, there are nearby pubs like the Bull’s Head in St John’s Square. There are also pubs called the Leopard and Post Office Vaults, roughly 10 minutes away from the ground, which are welcoming for visiting supporters.

Car Park C, outside the away end, permits away supporters to park there for the cost of £5, but the only other option to that is street parking.