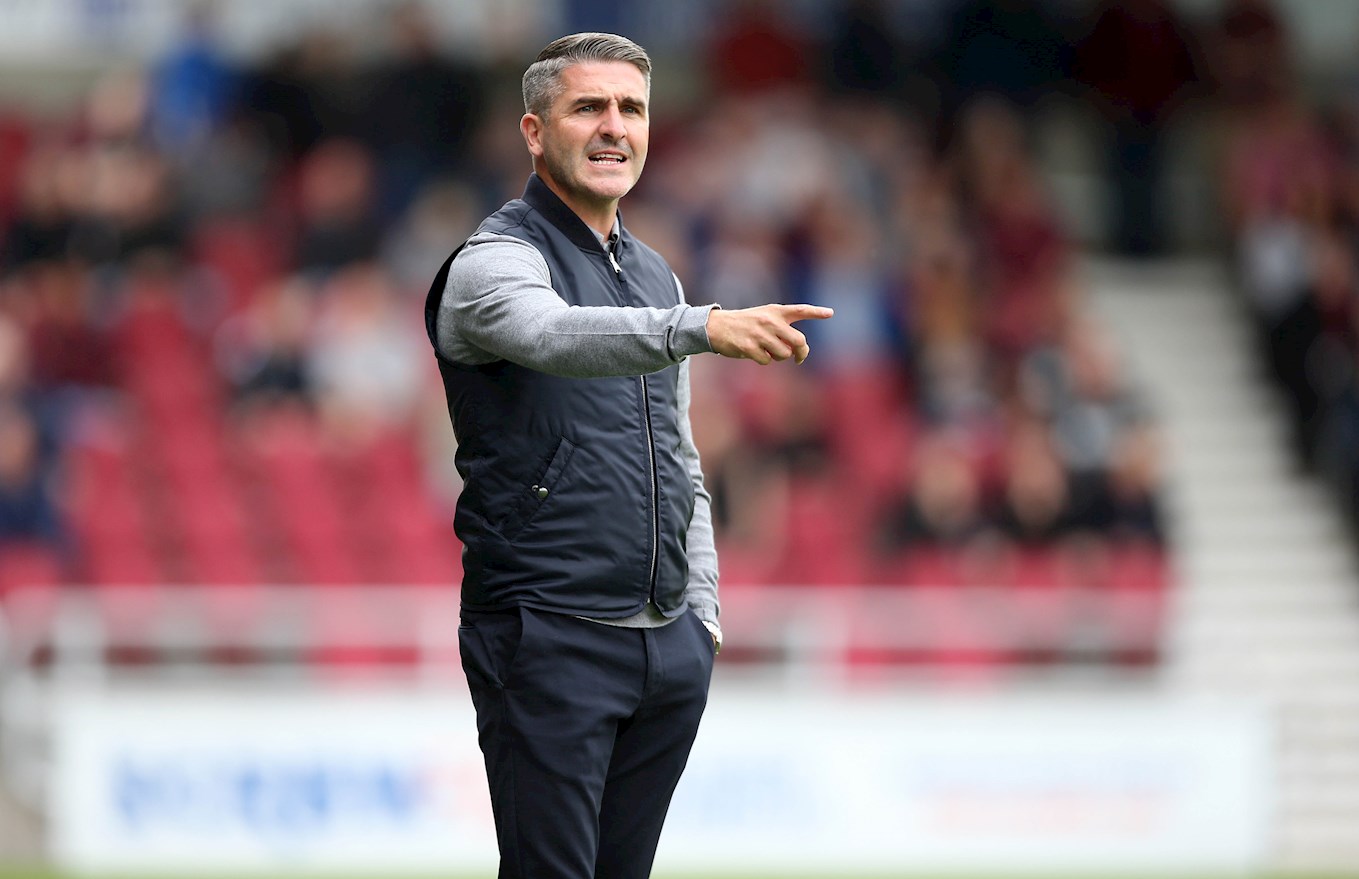 Plan A Beats Plan B

ALBERT Einstein’s famous aphorism that insanity is doing the same thing over and over again and expecting different results was no doubt true in a laboratory experiment, but not even the owner of one of the greatest intellects of all time would have dared to apply that logic to football. After all, if we knew the results in advance, we’d all get bored pretty quickly and would find something different to do with our Saturday afternoons.

Either that, or we’d take the bookies to the cleaners every week.

Ryan Lowe may not be Einstein’s intellectual equal – who is? – but he knows a thing or two about what it takes to win football matches. So, when his Argyle team persisted in playing the ball out from the back against Northampton’s high press, it was not insanity, but a belief in doing things a certain way.

As the boss put it after the game, “we play out from the back; we play through the thirds; we create chances.”

Yes, there is an element of risk in Alex Palmer always playing the ball short to one of his defenders, and that risk was evident a number of times at Sixfields, as Argyle conceded possession in dangerous areas, particularly in the first half. But does that mean that it was the wrong thing to do, or that it was the right thing, just not done well enough?

The alternative is to jettison principles, hoof the ball long, and hope for the best.

And that is what Argyle resorted to doing on occasions before the interval, a fact bemoaned by the boss in his post-match analysis.

“We just weren’t brave enough in the first half.”

That is why the changes made at half-time after the poor first-half showing were changes of personnel, not of system. The introduction of Josh Grant for Gary Sawyer and Byron Moore for Zak Rudden were strictly like-for-like, with no change of approach or principle.

Unlike Groucho Marx, who once said “These are my principles, and if you don’t like them, I have others”, Lowe was determined to stick to his guns.

And the reality is that, despite being a long way short of their best, Argyle still created ample opportunities by passing the ball to feet. The combination of Danny Mayor and Callum McFadzean on the left flank regularly opened up the Cobblers’ defence, while only a flying save from home goalkeeper David Cornell denied George Cooper a debut goal.

With Sawyer missing the target from four yards out when the score was 2-1, and Moore clearing the crossbar from even closer in the second half, the story could well have had a very different ending.

Talking of aphorisms, it is often said that practice makes perfect, when it is truer to say that practice makes permanent. It only makes perfect if what you are practising is the right things. If you go to the driving range night after night and practice your dodgy golf swing, you will end up with a really well-grooved, repeatable, dodgy golf swing. Only by fixing the dodgy bits first can your swing be made perfect by practice.

Likewise with Argyle getting used to the Lowe doctrine of how to play the beautiful game beautifully.

There will be bumps in the road as the players get used to the approach, but let’s not forget that even after the Sixfields hiccough, Argyle sit in the play-off places.

Let’s not forget, also, that nothing is decided in August.

And finally, let’s not forget that in both of the last two seasons, it took 15 games to reach 10 points; this year, despite having to adapt to an entirely different style of play, it has taken five.

It is common for football fans to complain when their team has had a bad day that “there’s no Plan B”, as if trying something – anything – different has got to be better than persisting with Plan A.

The problem with Plan B is that it is by definition not as effective as Plan A, otherwise it would be Plan A in the first place. And because the main tactical focus in every training session is to perfect Plan A, then very little time is devoted to Plan B.

So, before we start clamouring for Plan B to be invoked in a match situation, let’s just remember that it’s an inferior plan that hasn’t been practised much.

Plan B or not Plan B, that is the question.