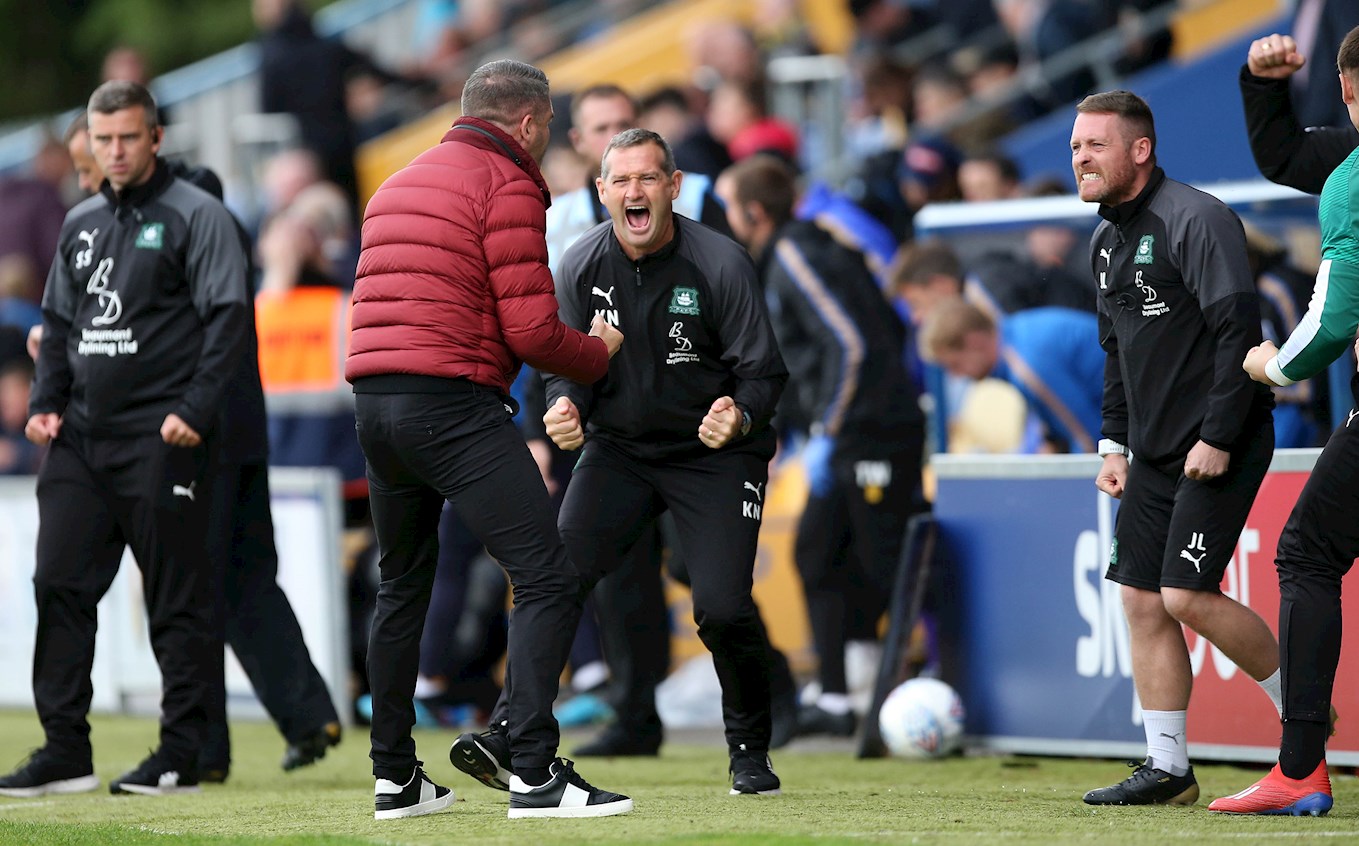 ARGYLE achieved their first victory in September for three years after tweaking their formation for the 1-0 win at Mansfield.

Manager Ryan Lowe started with a three-man forward line in George Cooper, Joel Grant and Danny Mayor, rather than the two up front which he had employed before the weekend.

That led to a dominant first half in which Conor Grant’s first goal for the club gave the Pilgrims a lead they were never to relinquish, despite concerted home-side pressure late in the game.

Ryan said: “We’ll do things that we need to do. I don’t want to be disrespectful, but we thought that our three attacking players, against their three defenders, would cause problems, and when we pressed the way we pressed, we got our rewards.

“It’s just tactical, if you like. We worked on stuff this week – we thought ‘Let’s get up against them and let’s force them into errors’, and we certainly did that. That’s why I was a bit disappointed that we didn’t get the second goal but, in terms of overall play, we can play any formation.

“We pushed the front three right up; we had a nice solid four in the middle of the park; and we broke them down every time, hence the chances we were creating.

“We’re getting there; we’re getting the chances. I’m pleased because we’ll always create chances; it’s just putting more in the back of the net, so you don’t have to go through moments like that at the end.”