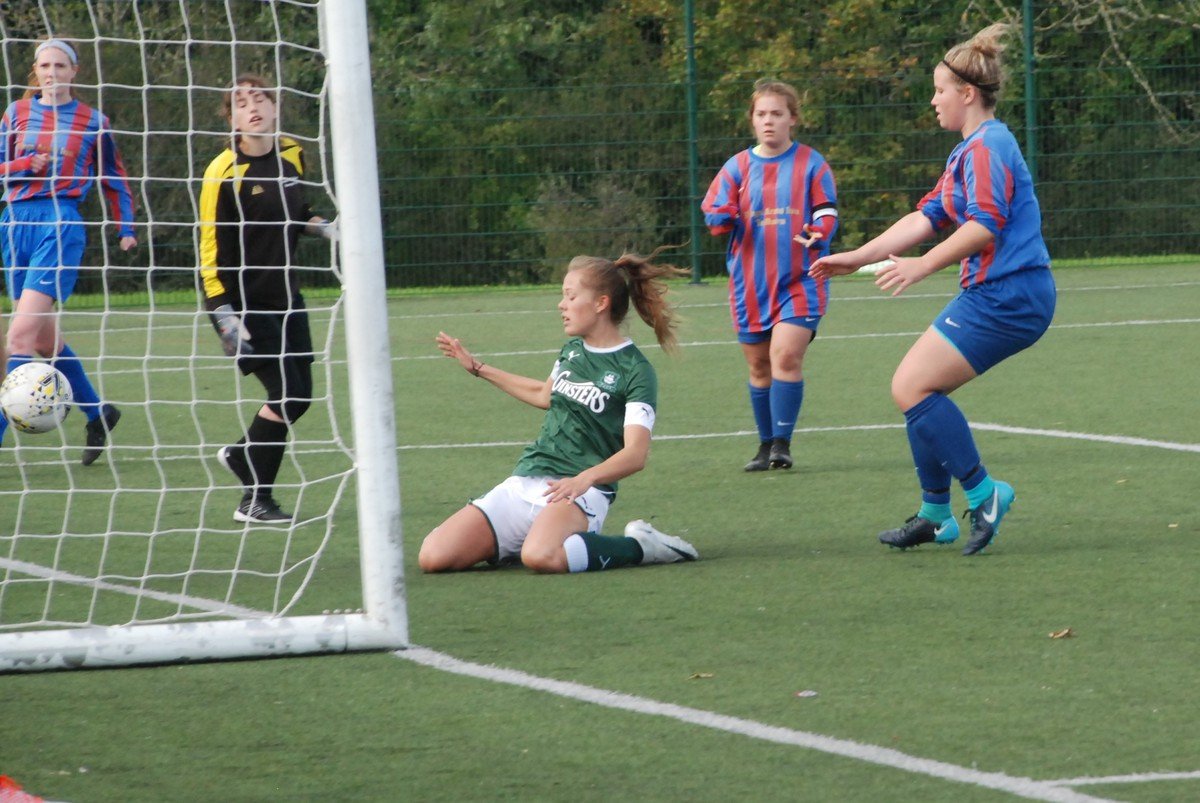 HAVING missed out on promotion last season due to FA rules, the Argyle Ladies development side have been dealt another blow with the current campaign declared null and void.

With the season reaching an exciting conclusion, Argyle were heading the South West League Western Division before the coronavirus-enforced lockdown stopped the season in its tracks.

“Hopefully I will never witness another season like this one,” said development team manager Rob Bonney. “The fall-out from winning the league and then being denied promotion meant losing my coach and over half my playing squad. This included my team captain plus our 20 goal a season striker.”

“Pre-season was certainly a strange one for myself and goalkeeping coach Dan Tecza. With the uncertainty of what league our under-18's would be playing in and the decision on which players the first-team would be using, we were caught in limbo.”

Despite a sluggish start to the 2019/20 campaign, Bonney’s side recovered to return to the top of the table. The turning point came during their home game against Alphington, where they trailed 1-0 at the interval. “We got them in at half-time and told them a few home truths, made a formation change and three substitutions. It was really do or die for me personally, losing four on the trot was unthinkable. Thankfully we put in a second-half performance that any manager would have proud of to win 6-1.”

This second-half turnaround proved the catalyst for a run of ten games unbeaten, alongside some the addition of Ryan Lawton and Gary Bottomley to the team’s coaching set-up.

With the first-team struggling with injuries, though, the development team found itself somewhat hollowed-out by the needs of Dave Leonard’s promotion-chasers.

Bonney said: “From a selfish point of view, of course you want to try and keep hold of your own players, as the call-ups make our job harder - but that is not what the Development Team is all about.”

“We are there to provide the first team with the pick of who they want. Both sets of coaches sit down and discuss who they want and who we would like to keep, Each time, we try to get the balance right for both sides and, from a personal point of view, it is great to see these players being given a chance at a higher level. After all that is why they join the club in the first place.”

Of course, football, in all forms, pales into insignificance when considering the current COVID-19 pandemic. It has, though, provided a unique challenge for teams up and down the country to overcome.

Bonney said: “We have been keeping in contact with the girls on various social media sites and the development side have put themselves up for various challenges. We took on the toilet roll challenge and added all the outtakes, which is worth a watch for anyone who has not seen it! Both sides have taken part in an online quiz night and also are having twice weekly fitness sessions through Zoom.”

Like the rest of the Argyle family, the Ladies team have continued to serve as role models and club ambassadors – and this was made apparent by the emergence of an inspirational video produced for a school team.

Ladies’ first-team defender Bow Jackson was approached by the coach of Shireland Hall girls’ team, from Smethwick. Asked to put something together to encourage the girls to join coaching sessions, the Ladies team got together to produce a video which has been shared widely across the grass-roots network.

“The club certainly is not going to stand still,” said Bonney. “Most importantly, though, all of us at Argyle Ladies would like to thank all the NHS and front-line workers who are putting themselves at risk to help ill and vulnerable people during this horrible period in time.”